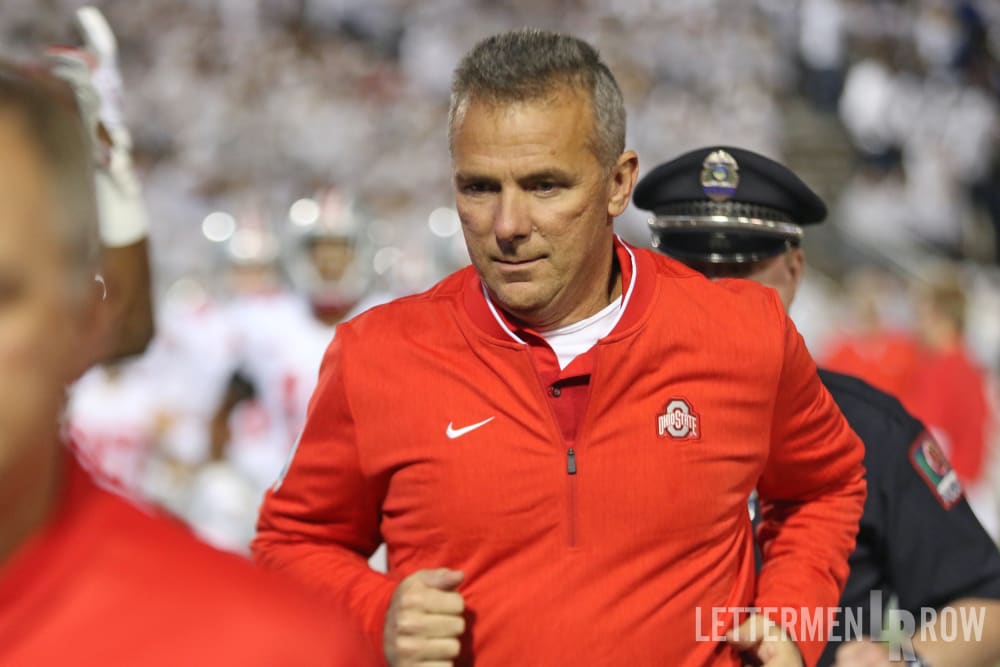 But the Buckeyes surely know that the party needs to be wrapped up by the time they get back to work on the practice field this week.

They’ve been in this situation before after pulling off a jaw-dropping, fourth-quarter comeback to stun Penn State by the slimmest possible margin, delivering a sequel that might have been even more improbable than the original. But Ohio State might have been a little too content with itself last season, falling flat with one of the most puzzling performances at Iowa the following week to undo everything it had just accomplished against the Nittany Lions.

So, the top priority for Urban Meyer and the Buckeyes this week will be refocusing in a hurry and making sure Indiana has their full attention instead of reliving what happened in the Whiteout on Saturday night. As Ohio State turns the page, so will Lettermen Row — setting the scene for the week with Five Questions.

Even before the Buckeyes were in the locker room at Beaver Stadium, the veteran captains who had to deal with the misery last season in Iowa were planting the seeds for the upcoming week. Obviously there’s a huge talent gap between Ohio State and Indiana, but the same was true with the Hawkeyes last season one week after the shootout win over the Nittany Lions. The test of leadership for a program doesn’t come only in the marquee games on the schedule. The Buckeyes can only win a championship by taking every week seriously and avoiding any slippage when it’s tempting to simply glance at the entire month of October and want to hit the fast-forward button. 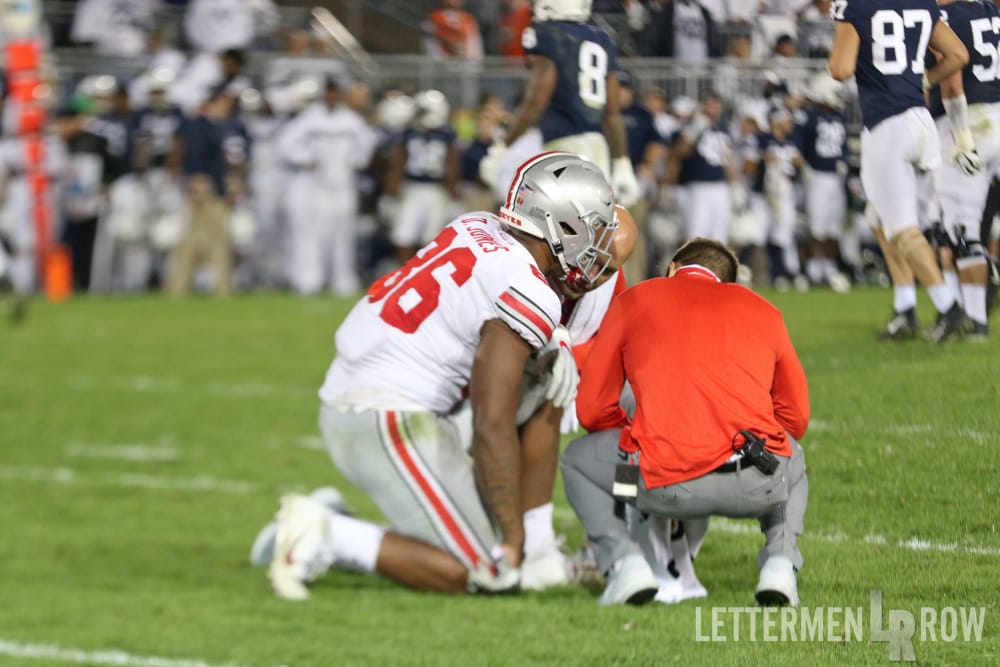 Will there be any lingering concern over the ankle of Dre’Mont Jones? (Birm/Lettermen Row)

What’s up with the ankle of Dre’Mont Jones?

The Buckeyes already know they’ll be working without star defensive end Nick Bosa until at least November. And while the Rushmen were able to survive the trip to Penn State without him thanks in large part to Chase Young, they likely wouldn’t be able to withstand any sort of absence for the other potential first-round draft pick on the defensive line for long. That left some reason for concern for the Buckeyes with Dre’Mont Jones in a walking boot after the game on Saturday night, even though Urban Meyer seemed to downplay the severity of his ankle issue in his postgame press conference. Considering how dominant Jones has been at tackle, this will absolutely be something to monitor in the coming days.

How healthy is Ohio State overall?

The Buckeyes obviously can’t afford to take anything for granted. But the reality is that Ohio State shouldn’t need a full-strength roster to handle its business against the Hoosiers at home in the Horseshoe, and there are a handful of guys in addition to Dre’Mont Jones who might have nagging injuries that could limit their workloads this weekend. Is middle linebacker Tuf Borland really back to 100 percent from his spring Achilles injury? Would it help running back Mike Weber to get off his feet for a day or two after suffering a strain in one last week? Does Damon Arnette have anything wrong that might linger? Defensive tackle Robert Landers has been limited physically recently despite playing on Saturday against Penn State, so he’s another starter that might need the reins pulled to make sure he’s ready for when the competition jumps back up a level.

What will Ohio State do at safety now?

The breakdowns in the secondary haven’t been completely eradicated yet, and more often than not the spotlight has been at the safety position opposite star Jordan Fuller. The Buckeyes have been supportive of the young guys developing in that role, but they are giving up record-breaking touchdowns seemingly every week with poor pursuit angles contributing to the explosive plays they’re allowing. Add in the fact that Isaiah Pryor will be out for the first half against Indiana due to his targeting ejection and the situation gets even trickier for the Buckeyes. Jahsen Wint has some meaningful reps to his credit already this season, but it might be time to pull the trigger on Shaun Wade in a full-time role.

Can the Buckeyes get the running game rolling?

The passing attack is going to set the tone for Ohio State as long as Dwayne Haskins is in control, and there’s nothing wrong with that. But the Buckeyes still need the ground game to be able to pull some weight and provide the balance needed to keep elite defenses on their heels. It seemed a bit premature and a little crazy to question a team that has two of the Big Ten’s best rushers and a physical offensive line, but then Ohio State averaged just 3.2 yards per carry against a Penn State defense that isn’t exactly known as the stoutest in the league. There’s really no question that Ohio State could use more production from J.K. Dobbins and Mike Weber to complement the arm of Haskins. 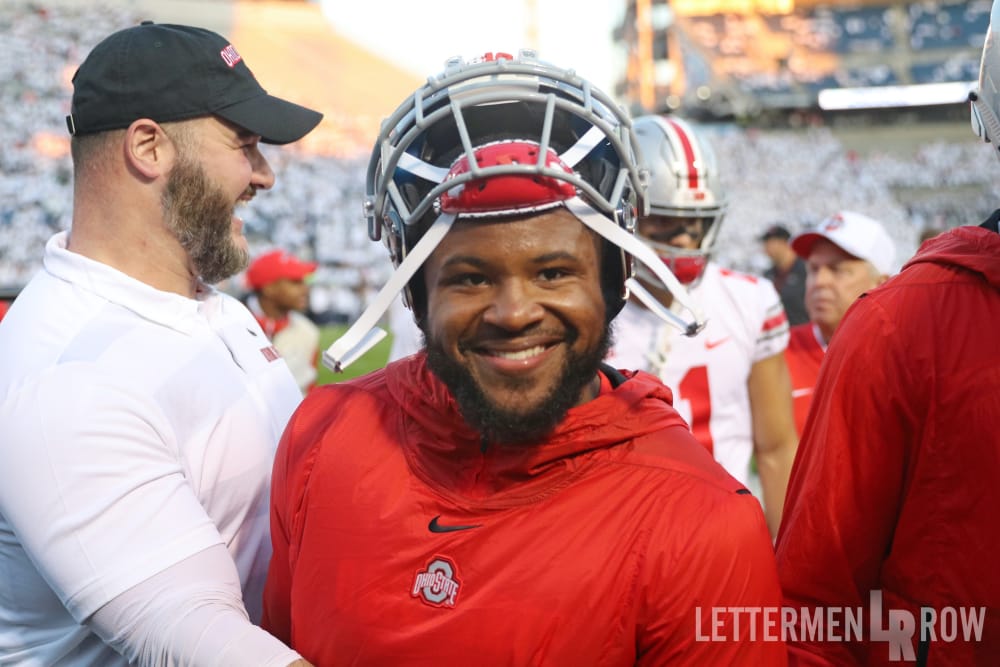