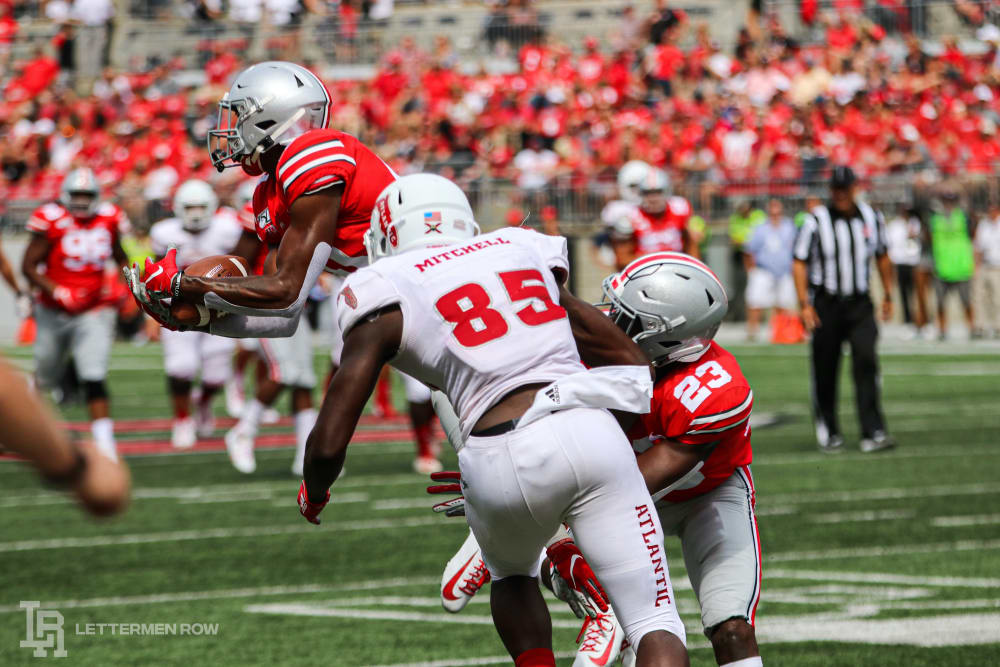 Ohio State safety Josh Proctor looks like a guy who needs to play more for the Buckeyes. (Birm/Lettermen Row)

COLUMBUS — The season-opening jitters, the long-awaited debuts and the first win of the season are all out of the way for Ohio State.

Now the real work begins for the Buckeyes.

After the grind of training camp in August and plenty of mystery about just how the Buckeyes would look as first-year coach Ryan Day put his stamp on the program, unleashed a first-time starter at quarterback in Justin Fields and unveiled a defense that underwent a massive renovation, the fifth-ranked team in the country cruised to a 45-21 win over Florida Atlantic.

Is that going to be the best performance of the season for Ohio State? Definitely not, and it wasn’t supposed to be.

And while it did help provide some answers about the Buckeyes, plenty of questions still remain after they spent most of Saturday afternoon at the Horseshoe simply cruising the finish line. So, like usual, Lettermen Row is kicking off Week Two ahead of the tougher test against Cincinnati with Five Questions for Ohio State.

How healthy will Ohio State actually be this week?

Ryan Day still isn’t providing any insight into the severity of the injuries that left Ohio State a bit short-handed for the opener, particularly on the defensive line. But there were some hints in the Horseshoe, with some of the clues positive for the Buckeyes and others negative.

Bad news first: C.J. Saunders arrived to the stadium with a sleeve on his left leg and in need of a crutch for support, which doesn’t bode well for the senior captain. His absence at wide receiver and H-back should lead to more playing time for Jaelen Gill, but that didn’t happen against Florida Atlantic with the talented redshirt freshman not getting a touch until the last few minutes of the game. If Saunders is out for an extended period of time the way it appears, somebody will have to step up in the rotation — and Gill remains the most likely candidate.

As for the defensive line, the Buckeyes put both Tyreke Smith and Tyler Friday though pregame workouts and both looked like they could have played prominent roles if needed. Ohio State chose to play it safe with those ends even with Jonathon Cooper out, but it doesn’t appear that those rising pass-rushing stars will miss much time. That only leaves uncertainty with defensive tackle Taron Vincent, but the Buckeyes are much deeper on the interior than the edge. 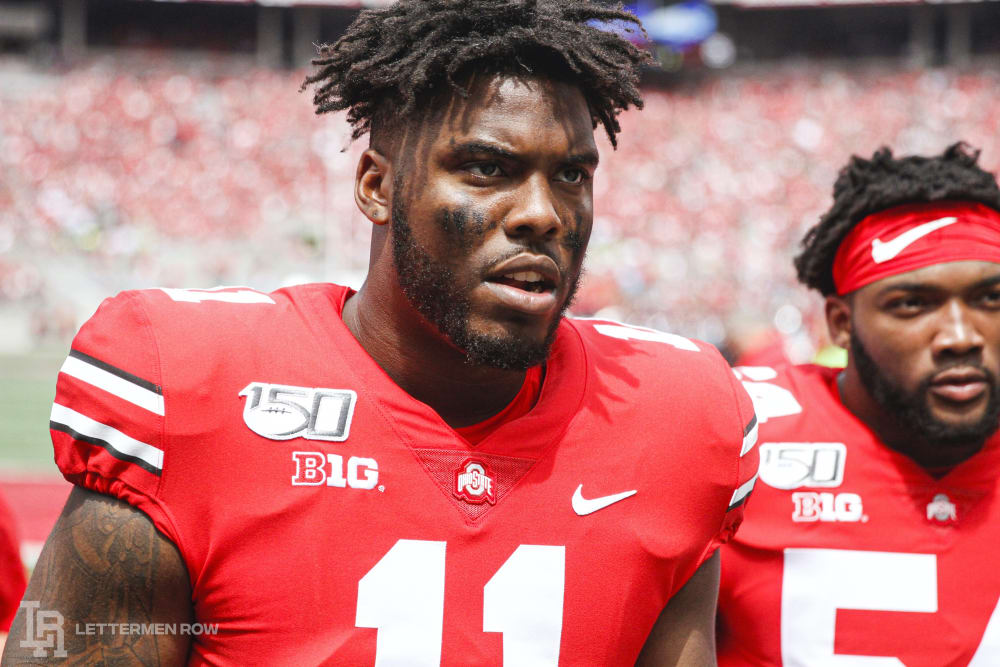 Ohio State defensive end Tyreke Smith is waiting for a chance to explode this season for the Buckeyes. (Birm/Lettermen Row)

That was only one game, so the sample size is small. Ohio State also spent most of the afternoon playing in a base defense and sticking with a conservative plan, so maybe it didn’t need to reveal much about what it intends to do later in the season. But that still doesn’t explain why Josh Proctor didn’t really get a chance to show what he could do in the opener until late in the game, and it seemed even stranger since he almost immediately capitalized by flying through the secondary to nab his first career interception.

The second-year safety was the talk of training camp for the turnovers he forced, and his athleticism is absolutely undeniable. Yes, the Buckeyes are deep at defensive back. But Proctor has all the tools to be a superstar, and now there’s even a fresh, new highlight that backs it up.

Who will be best backup for J.K. Dobbins?

The Buckeyes love the dynamic ability Demario McCall brings to the offense and special teams, and he provided a couple jolts of electricity in the opener. But the redshirt junior also came into the weekend as a game-time decision with another injury, and even though he was able to give it a go, that has to be concerning for the program as it looks for a secondary option to complement J.K. Dobbins in the backfield.

If not for an injury of his own, Master Teague might already have that spot locked up for the Buckeyes. And there were signs late in the win over Florida Atlantic that he has earned the trust of the coaching staff and the chance to get meaningful carries, finishing with eight for 49 yards and getting snaps in a couple meaningful situations. Marcus Crowley got his feet wet and has an opportunity to really help the Buckeyes as a freshman, but Teague seems to be building early momentum for Ohio State.

What’s next for Justin Fields?

Ohio State didn’t want to admit that it might have taken the foot off the gas pedal, and maybe it’s true that it wasn’t a conscious effort. But the Buckeyes certainly didn’t appear to be running the same offense that helped Fields put four touchdowns on the board in his first quarter as a starting quarterback for the rest of the game — and it definitely makes sense not to expose him to extra hits if it’s not necessary.

At the same time, Ryan Day also made it clear that he believes Fields needs as many reps as possible to get him truly comfortable with the offense. On Saturday, the first thing he pointed to was getting Fields up to speed with the protection schemes, and missteps there could been a bigger issue than dialing back the play-calling to keep the dual-threat weapon from using his legs. Either way, the Buckeyes turned the football over on a lateral that dropped to the turf and Fields took a pair of sacks, which will surely be an emphasis to get cleaned up with a far more dangerous Cincinnati defense on the way to Columbus. 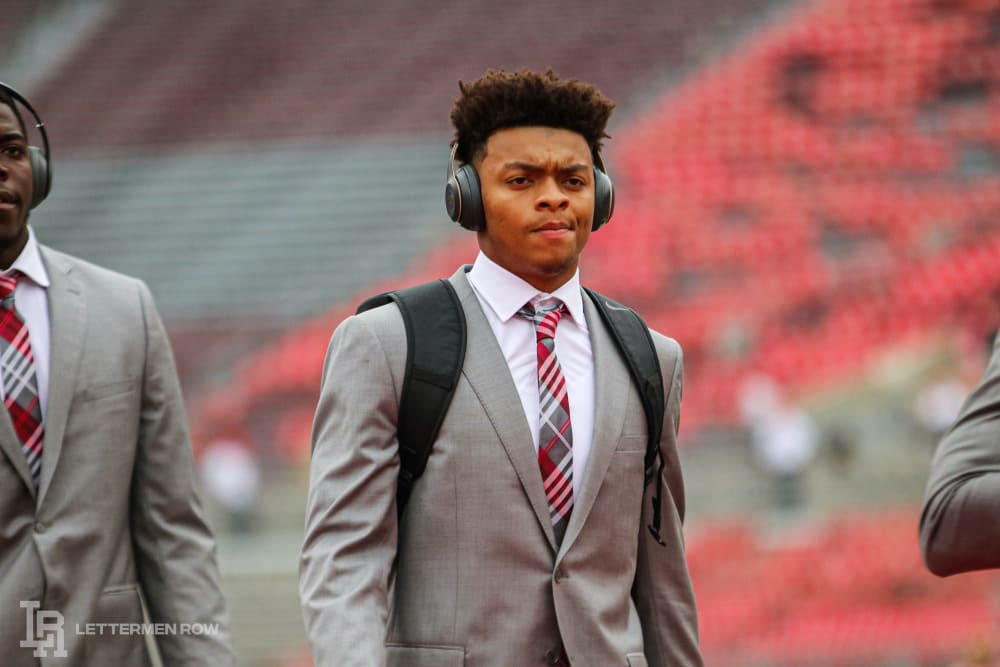 Can Pete Werner get more credit for Ohio State?

Pete Werner has been aware of the skeptics for a while, though he rarely chooses to acknowledge them and simply goes about his business trying to improve for Ohio State. But in case there were any doubters left about why the Buckeyes were again rolling with the junior linebacker in the lineup, his outing in the opener again should have silenced them.

With a new coaching staff and a new scheme, Ohio State didn’t have to just stick with the same starters from a year ago. Werner again earned that right. And his ability to both turn and run in coverage even lined up in the slot while also being able to fly to the football to stuff the run makes him quite valuable for the Silver Bullets in the Bullet/SAM linebacker role. Sure, that’s another small sample size with four tackles, including one for a loss. But Werner is an asset for the Buckeyes, he is far better now with a year of experience under his belt and the future is bright for him.

Ohio State opens as 16.5-point favorite over Cincinnati
Which Buckeyes helped their cause most in season opener?