Ohio State was burned through the air by Indiana on Saturday.

COLUMBUS — Ohio State is a long way from Best in America status in the secondary right now.

Just how bad is it for that proud unit? At this point, every other pass defense in the Big Ten is better than the Buckeyes, which seems almost impossible to believe considering the talent on hand and the reputation of the coaching staff.

But there is no denying the cold, hard facts or the work Ohio State put on public display in the win Saturday over Indiana. If the Buckeyes didn’t already believe there was a problem with the personnel, the scheme or the way it’s teaching the fundamentals, giving up 491 yards through the air was a sobering reality check.

“Usually, when you assess something like that, it’s not like: ‘OK, it’s only this,'” Ohio State coach Ryan Day said. “It’s usually a little bit of this, a lot of this, maybe a little bit here and there. If you tighten up all three of those areas, usually you see improvement. 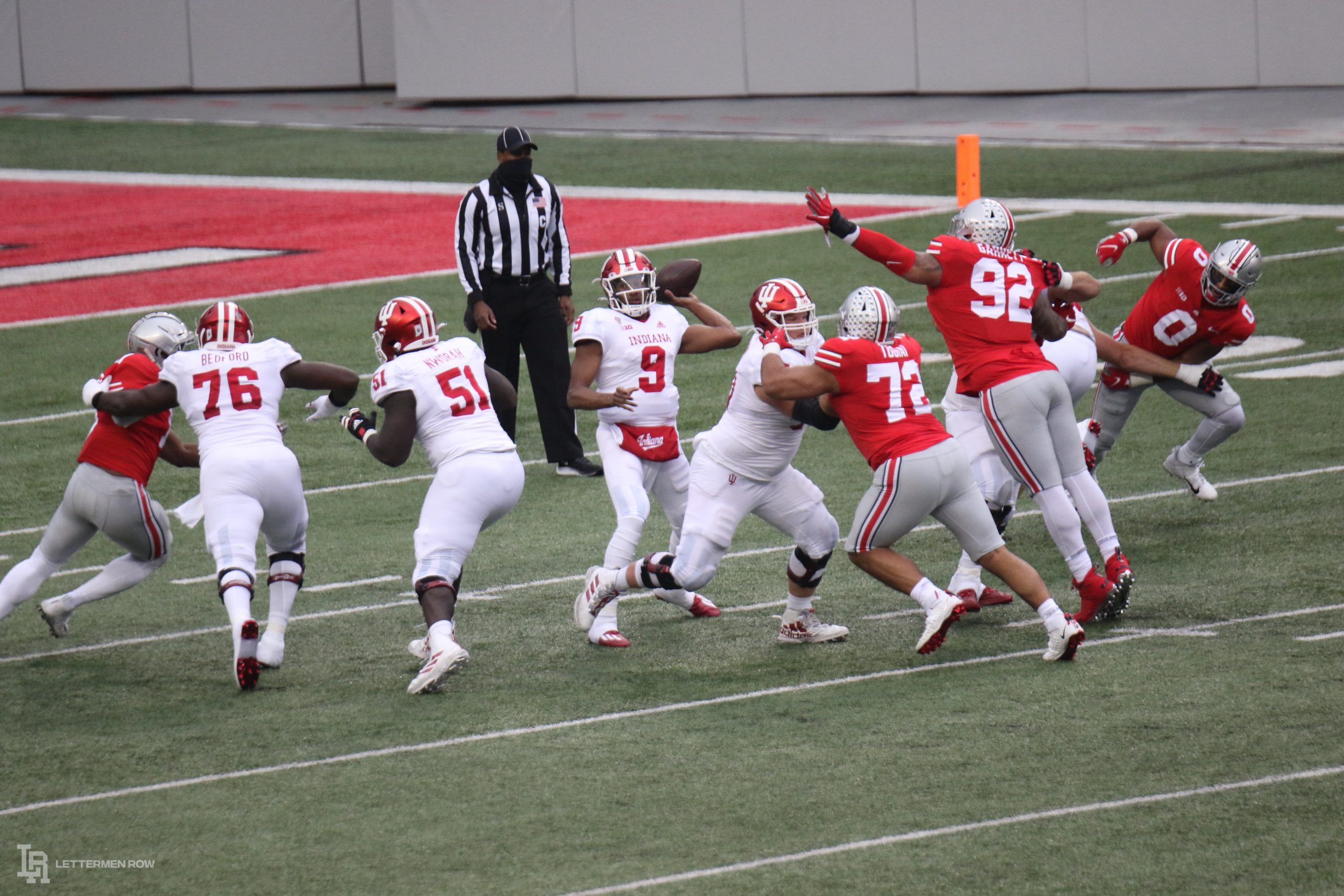 Ohio State got stops when it needed them most against Indiana. (Birm/Lettermen Row)

“At the end of the day you have to put the best players on the field — we believe in our guys. We have confidence in our guys, and I’ll be very surprised if we have to make changes. But maybe we will. We have to watch the film and see, because almost 500 yards of offense in terms of passing is too much and that’s just not acceptable.”

Clearly based on the BIA moniker the Buckeyes have chosen for their secondary, there can be no question that the group isn’t meeting program standards while checking in dead last in the Big Ten by allowing 291 passing yards per game.

Obviously there are challenges that come with replacing three NFL Draft picks, and the early-season injury to cornerback Cameron Brown has only complicated the reloading process for Kerry Coombs in his return to Ohio State as the defensive coordinator. But talent still shouldn’t be a problem for a program that recruits at the level of the Buckeyes, which only makes the second-half meltdowns all the more puzzling heading into the homestretch of this pandemic-shortened season.

Can Ohio State get it fixed in time for the College Football Playoff? That starts with figuring out where exactly the problems start.

What is going wrong in the Ohio State secondary? How can the Buckeyes address the issues to get ready to compete for championships next month? Does Kerry Coombs need to make personnel or schematic changes? Former Ohio State captain Zach Boren put on the film from the win over Indiana to assess the situation and answer those questions in the latest episode of BuckIQ.