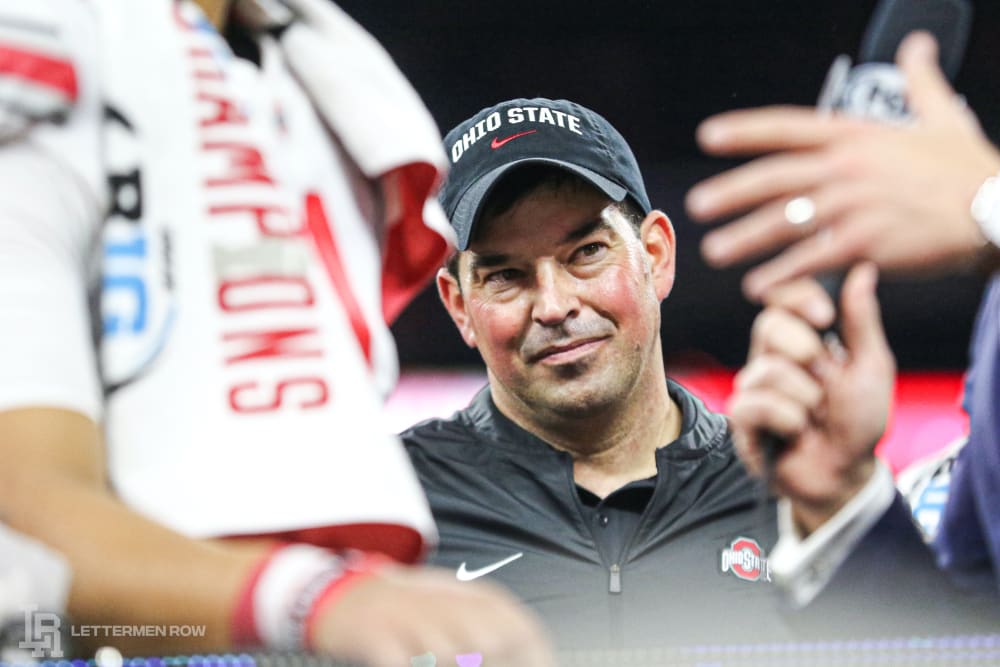 COLUMBUS — At least for a couple days, the Ohio State stars earned some time to relax and enjoy their accomplishments.

With a handful of decorated Buckeyes flying around the country as finalists for major awards and Chase Young and Justin Fields capping the week in New York at the Heisman Trophy ceremony, there was finally a little time for a famously-focused team to soak in what has been a special season so far — and not devote all of its attention to the Fiesta Bowl.

But both Young and Fields acknowledged by Saturday evening that they were getting edgy and ready to turn their focus back to Clemson. And that feeling was spreading for the Buckeyes as they returned to the practice field on Monday for the first of three workouts before a brief Christmas break and then reporting to the desert on Sunday.

The Buckeyes are back to work. And with one week down and two more to go before the Fiesta Bowl, Lettermen Row is taking a look at five more questions for Ohio State heading into the latest phase of preparations. 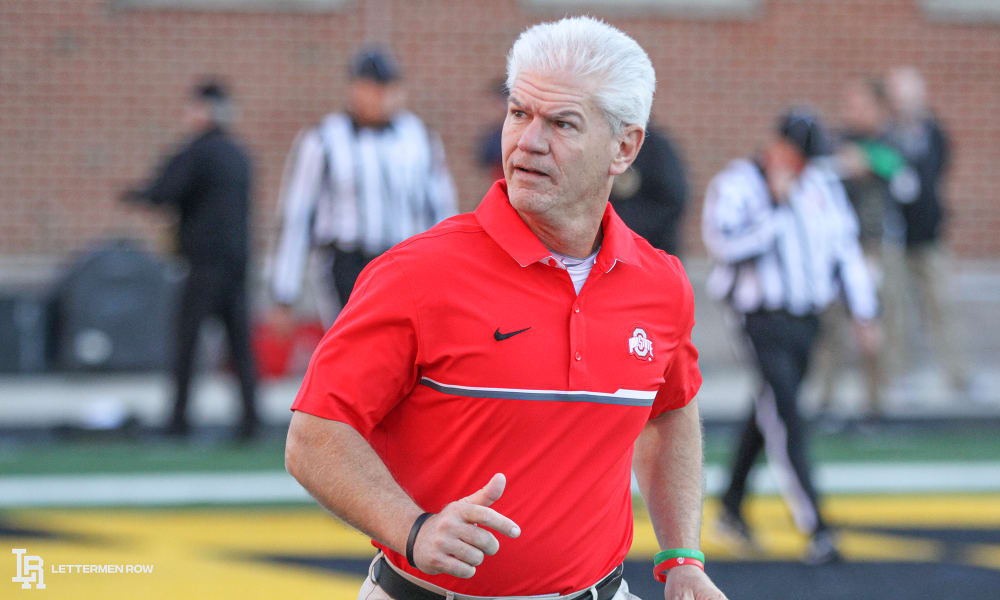 The Buckeyes are still going to have one-year coaching sensation Jeff Hafley on staff through the College Football Playoff, but Ryan Day has no choice but to start planning for the future without him — particularly with the early signing period set to begin on Wednesday. In an ideal world, Ohio State would be able to quickly come to terms with a replacement for Hafley and send out a signal to any wavering defensive back recruits about the quality of the next co-defensive coordinator, but that can be a tricky proposition on such short notice. Day is certainly making an effort, though, and sources have indicated to Lettermen Row that the support to try to get Kerry Coombs back with the program already extends to the top of the athletic department. The decision for Coombs will come down to whether or not he still wants the challenge of the NFL with the Titans, because Ohio State is prepared with a big-time offer to get one of the sport’s best position coaches and recruiters back in Columbus.

Thanks to the way the recruiting calendar works and the way it overlaps with the College Football Playoff, it’s just a simple fact of life that elite programs are going to have to deal with changes to the coaching staff during the building to the semifinals — as both Ohio State and Clemson can attest right now. The Buckeyes have had multiple guys go through this process previously, and their experiences all reflect that there won’t be much time for sleep over the next few weeks for Jeff Hafley. From the perspective of the players, there doesn’t appear to be any concern that Hafley won’t be all-in to win a national championship, and that in turn could wind up being a big selling point for him at Boston College. 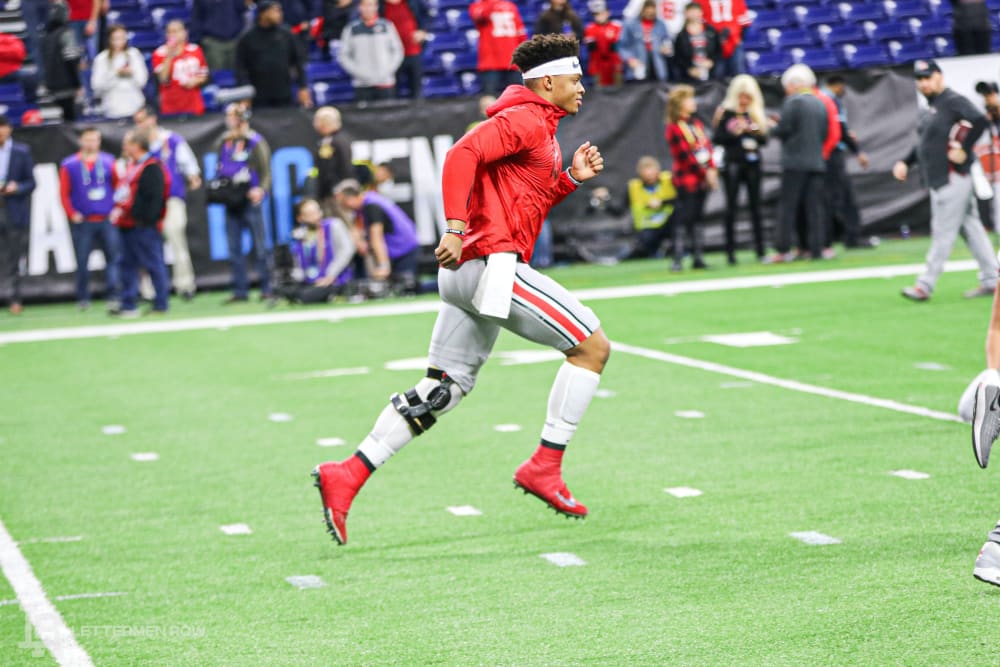 Ohio State quarterback Justin Fields is still trying to get back to full speed. (Birm/Lettermen Row)

Ohio State has proven it can beat some of the best teams in the country with Justin Fields playing at less than full strength. But it would obviously prefer not to keep trying that, which makes this three-week stretch between the Big Ten championship game and the Fiesta Bowl so valuable for the sophomore quarterback as he tries to regain all the mobility in his left knee. It’s been no secret that Fields isn’t a fan of the heavy-duty knee brace he had to put on late in the win over Michigan and then wore against Wisconsin. There’s a plan in place that enough progress in his rehab would allow Fields to downgrade to a lighter brace — or potentially suit up without one at all against Clemson. But at least for the next three days, he’s expected to have the bulky protection on while he continues to get extra treatment from the training staff.

Are there any recruiting surprises in store?

When the current roster gets cut loose to go home for Christmas on Wednesday, the future at Ohio State will shift into the spotlight with the start of the early signing period. There doesn’t appear to be all that much drama for the Buckeyes left for the class, which is obviously what Day would prefer. But the program will be waiting to find out if it did enough to land quarterback C.J. Stroud to load up that key position, build depth behind Justin Fields and start planning for his likely departure after next season. The defensive backs still bear monitoring due to the Hafley departure, but the strength of the overall program right now should be enough to keep virtually the entire group together.

Who will take advantage of extra practices for Ohio State?

The Buckeyes took it relatively easy last week, and the real game-week preparations won’t kick in until they get to Arizona. That doesn’t mean the next three practices aren’t important for Ohio State to stay sharp, though — and they’re also important for continuing to develop the youth and depth on the roster. For a guy like offensive tackle Dawand Jones or transitioning defensive end Cade Stover, these extra practices are meaningful springboards heading into the offseason and spring camp next year as they try to jump into the lineup after turning heads during the freshman campaign. These workouts almost always wind up producing eye-catching performances for guys ready to make the leap, and it will be fascinating to hear the coaches and veteran players weigh in on the next wave when they get to Phoenix.