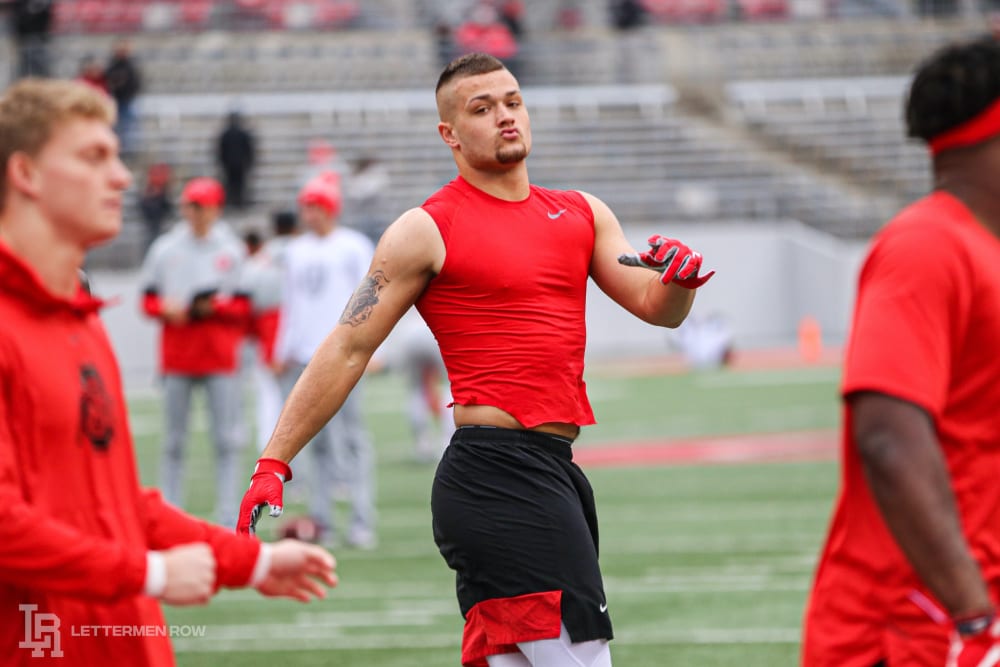 Ohio State freshman Cade Stover has a chance to be a star at defensive end. (Birm/Lettermen Row)

The speculation, debate and conversations about Ohio State never end, and Lettermen Row is always ready to dive into the discussions. All week long, senior writer Austin Ward will field topics about the Buckeyes submitted by readers and break down anything that’s on the minds of the Best Damn Fans in the Land. Have a question that needs to be tackled, like the one today about Ohio State and the young players getting extra practice time? Send it in right here — and check back daily for the answers.

Seems like these bowl practice weeks give underclassmen & guys buried on depth chart a chance to shine and make a name for themselves going into next year? Who do you predict making a push?

No offense to the Rose or Cotton Bowls over the last two seasons, but those games didn’t have quite the same urgency or intensity during the buildup as a College Football Playoff semifinal.

Sure, Ohio State wanted to win and claim a trophy. But the Buckeyes also wanted to make sure there was time during the extra practices in December for the next wave of players to get a few extra reps, spend time developing and hopefully build momentum heading into spring practice.

There are still opportunities for the young guys on the roster to get those chances at the Woody Hayes Athletic Center this month, especially at positions where Ohio State is trying to get the veterans as healthy as possible before heading to the Fiesta Bowl. And while there are always surprise breakout performers during these bonus workouts, it’s already safe to start penciling in a few guys who could make the most of their chances to help springboard into the new year. 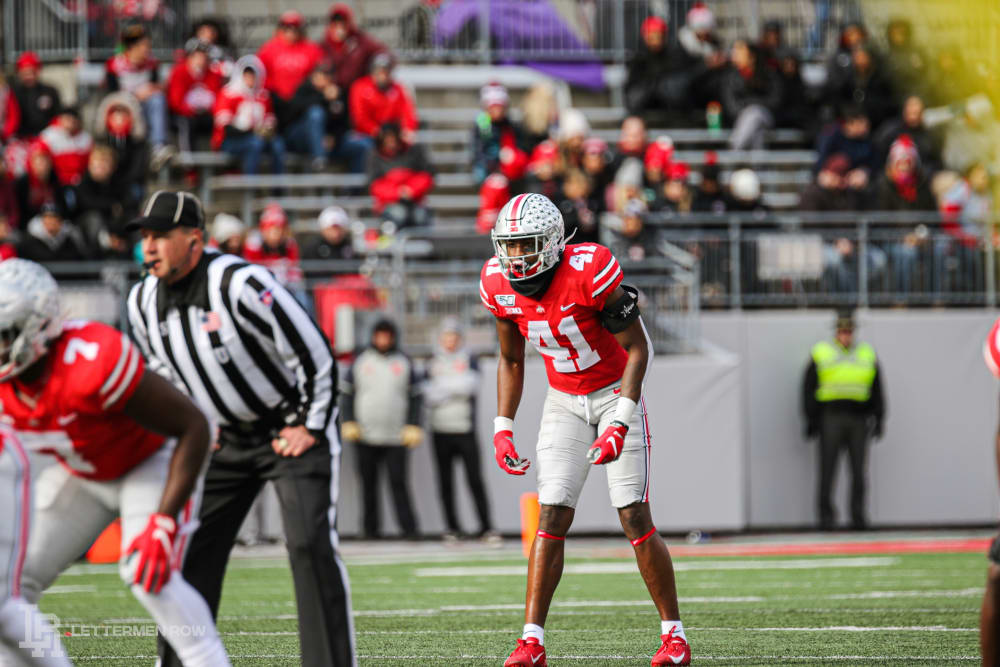 Ohio State sophomore Josh Proctor is expected to be a starting safety for the Buckeyes next year. (Birm/Lettermen Row)

There hasn’t been an extended practice period since Josh Proctor arrived where he hasn’t turned heads for Ohio State, and this stretch surely won’t be an exception. The sophomore is probably in a slightly different category than some others who will draw praise this month, though, because the Buckeyes figure to be counting on him in some capacity to bolster the defense against Clemson — and he’s a play away from being in the starting lineup. Proctor is a hard-hitting, ball-hawking safety with the chance to really be a star for Ohio State, and as he gets healthier and more confident, the sky is the limit.

Few freshmen show up with the physical tools, football intelligence and mature mindset that Harry Miller possesses, and he’s been making a big impression with the Buckeyes since the moment he stepped foot on campus. At this point, Ohio State probably wouldn’t bat an eye if it needed to put him on the field in a meaningful situation, which is about the highest compliment that could be paid to a blocker who could line up at either guard or center. With Ohio State guaranteed to lose Jonah Jackson after the season and the possibility that Wyatt Davis and Josh Myers might leave early for the NFL, getting Miller primed for a starting role is a top priority for Ohio State. 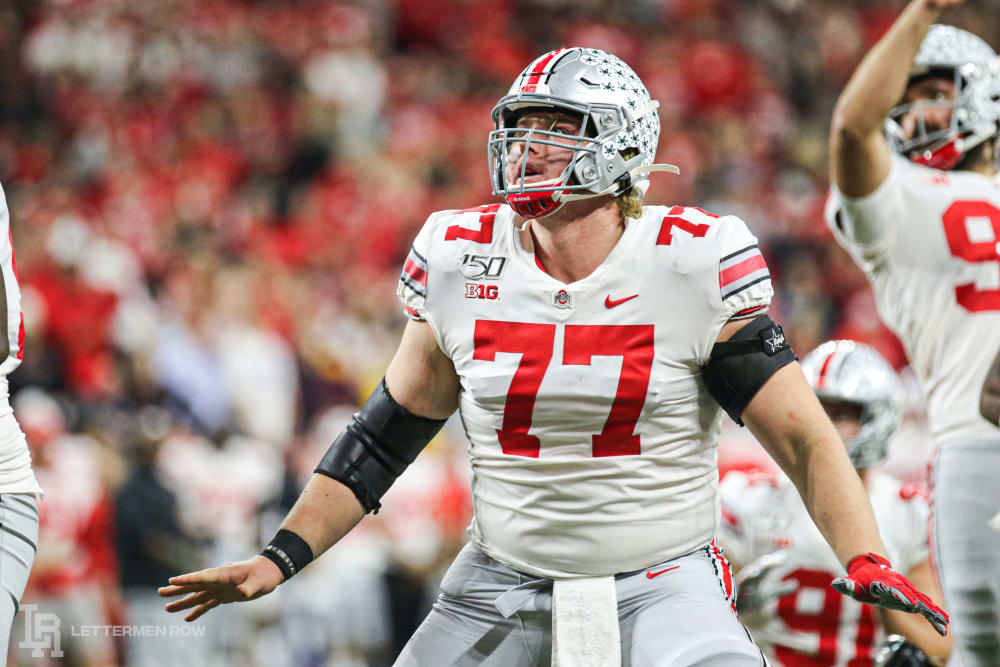 The decision appears to have been made that Cade Stover has grown out of a role at linebacker and that his future is best served at defensive end. So, while he won’t play again this year to preserve his redshirt season, the bowl practices and time spent with position coach Larry Johnson and the veteran Rushmen could be significant for him as he makes the transition. The Buckeyes have already let him test out the pass-rushing spot in a game this season, and Stover looks like he can be a natural there and follow the well-known Sam Hubbard blueprint as a freakish athlete who eventually found a home on the edge.

The Buckeyes have seen a glimpse at what Jameson Williams can do with his dazzling speed, but they haven’t really needed him in the regular rotation yet at wide receiver. That’s going to change with Austin Mack, K.J. Hill and Binjimen Victor all moving on after this season, putting a premium on all the progress Williams can make to become an all-around threat at the position this winter and into spring camp. There is no doubt about his upside as an athlete, and Williams might also become the kind of weapon that can help on special teams. All the freshman really needs is more reps, and those opportunities are on the way. 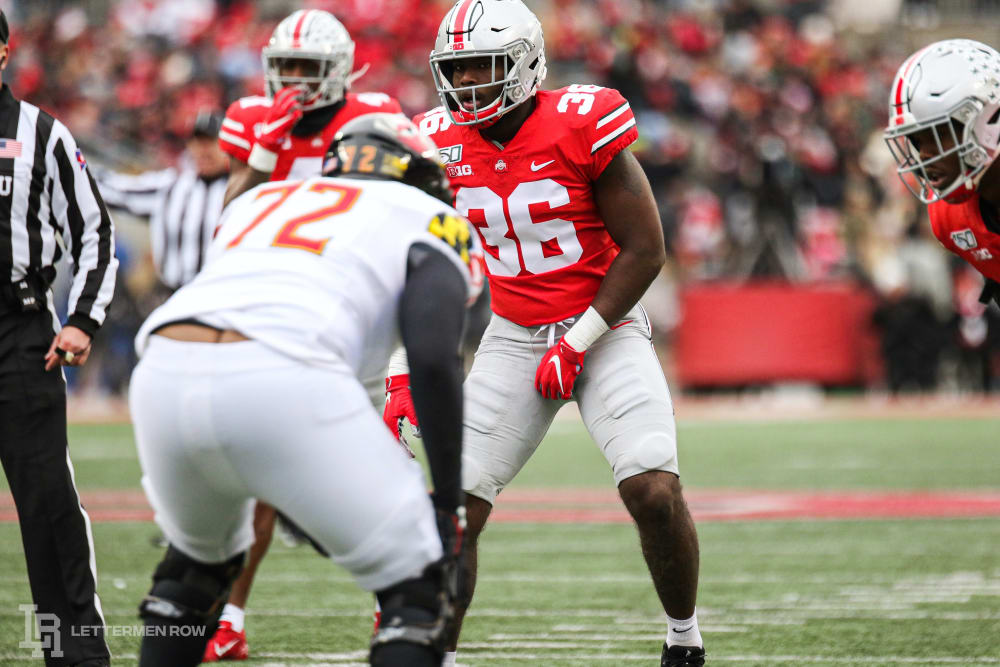 Ohio State linebacker K’Vaughan Pope flashed when he had chances to play this season. (Birm/Lettermen Row)

After two seasons in the program, K’Vaughan Pope is a bit like Proctor in that Ohio State already has a good idea of what he can become — he just has been forced to bide his time behind some veterans before stepping into the starting lineup. The sophomore linebacker snagged two interceptions this season when he had a chance to come off the bench in blowout wins over Maryland and Rutgers, and he was a name that came up frequently during training camp as a defender who could create turnovers for the Buckeyes. The Buckeyes know for sure that Malik Harrison will have to be replaced after the season, and Pope will be a prime candidate to help the Silver Bullets next season.