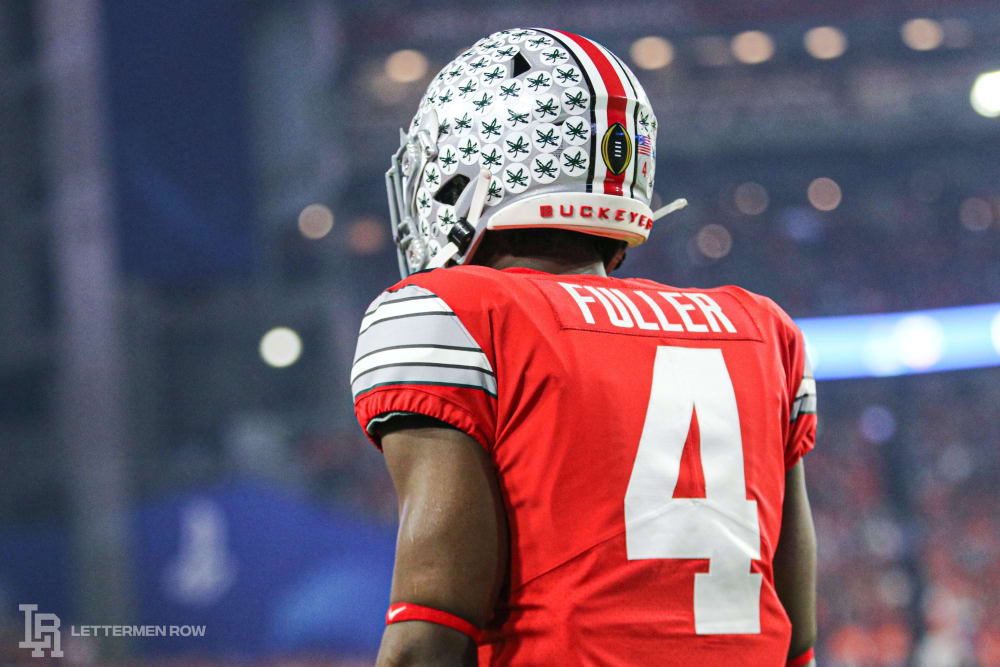 Ohio State safety Jordan Fuller will always wonder about the touchdown that was taken away from him. (Birm/Lettermen Row)

GLENDALE, Ariz. — The moments were replayed enough just on the big screens at State Farm Stadium for Ohio State.

Now they’ll forever be burned into the memories for the Buckeyes.

The latest Fiesta Bowl setback will be the ultimate game of What If after the 29-23 loss to Clemson ended the perfect season, handed Ryan Day his first loss and short-circuited the push for a national championship.

What If those two perfectly designed throws in the red zone had been caught for touchdowns instead of dropped for drive killers? J.K. Dobbins will have nightmares about those, and he’ll also wonder what he could have done to atone for them if not for a left-foot injury that limited him in the second half.

What If there was a consistent interpretation or more fair system for officiating targeting when a quarterback dips his head into a rushing defender? If Shaun Wade was playing his last game for the Buckeyes, he’ll never forget the call that knocked him out in the second quarter — and probably never figure out what he could have done differently.

What If the officials hadn’t somehow contrived of a way to overturn what was clearly a Clemson catch and fumble that was returned for a massive Ohio State touchdown? Jordan Fuller came back to the Buckeyes for one more shot at winning it all, and shortly after seemingly providing the go-ahead, momentum-swinging score, his dreams were dashed by a tiny replay screen when the massive ones behind either end zone told a different story.

“It’s like you have something in your grasp, and it kind of gets away from you,” Fuller said. “It sucks. I saw the same thing as [everybody else], and I didn’t get an explanation. We didn’t get the call. 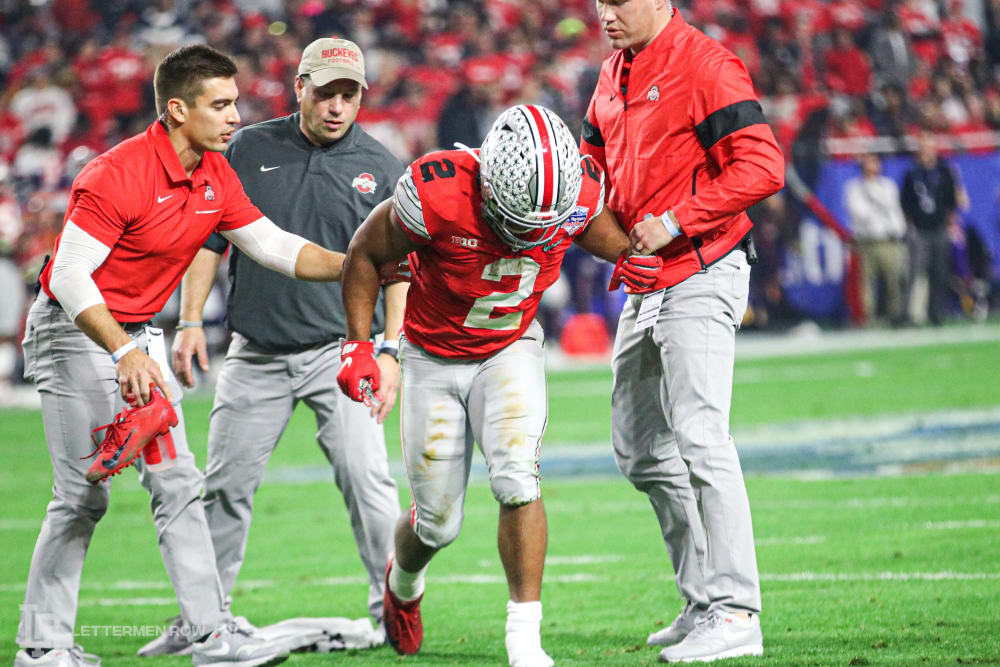 “I saw it like three times. That was just the way the game was going.”

Make no mistake, Ohio State still had plenty of chances to win the game. They were completely dominant in the early stages of the game, and even after Clemson charged back, there were opportunities to rewrite the script and salvage the victory in the fourth quarter.

What If Chris Olave hadn’t broke off his route on the final drive of the game? What If the Buckeyes had gone for a 2-point conversion to change the math after retaking the lead? What If the field hadn’t been such a sloppy disaster and Ohio State had found the kind of solution for dealing with it that Clemson did?

The list could go on, and honestly those types of questions are going to emerge for any team that loses such a high-stakes battle. But the Buckeyes will be torturing themselves for years to come because seemingly every fluky slip, officiating break or near-miss went against them.

“Yeah, tough to go into a locker room with such a great team who played their hearts out and not be able to celebrate a victory,” Day said. “But our guys played hard. Certainly feeling a range of emotions right now: Proud, sad, and certainly angry.

“But, again, I thought our guys left it all on the field. We played hard and played bold. But certainly there were a lot of plays in that game that didn’t go our way. Very hard to swallow right now. And going to have to really take a look at the film and figure out what really happened on some of those plays, because in a game like this where the margin for error is so tiny, one play can alter the game. It didn’t seem like we got any of those plays.”

The toughest part for the Buckeyes is that they didn’t need every single one of those plays to beat Clemson. They probably didn’t even need half of them. One or two would have made the difference, and obviously the majority of the attention will go to the absurd overturn of the Fuller touchdown. 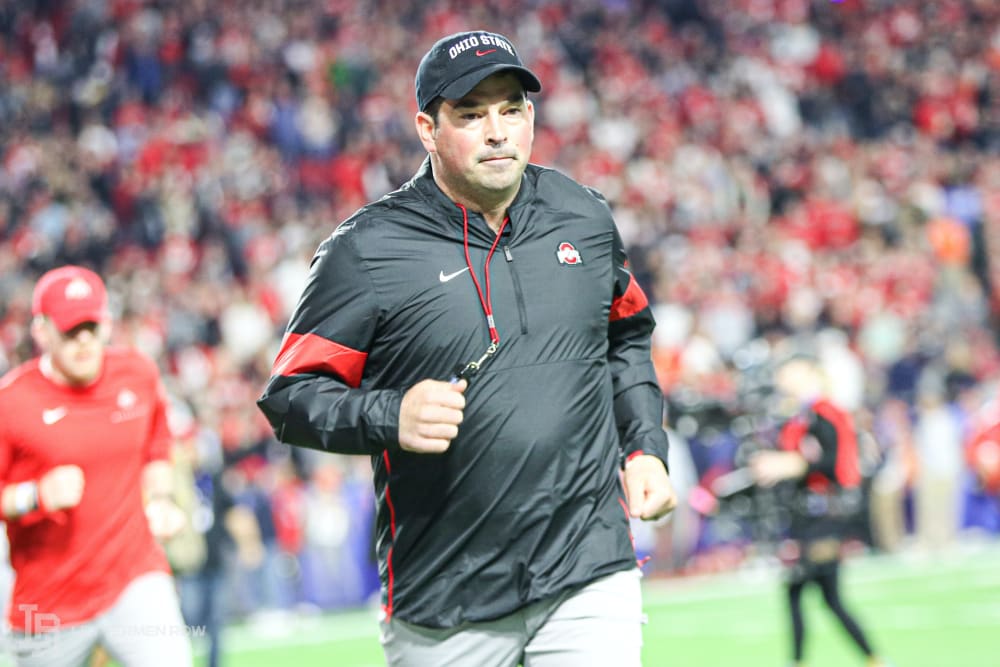 Nothing will change it now, and Ohio State won’t get a mulligan on what had the potential to be one of the greatest seasons in college football history. That reality set in quickly for the Buckeyes in a somber room that cleared out in a hurry on Saturday night, the unmistakable sound of cleats slamming into metal lockers punctuating the frustration.

“[There were] just a lot of tears, a lot of disappointment, A lot of people angry in that locker room right now,” Day said. “There’s a lot of throwing helmets. A lot of just: ‘Can’t believe it’s over.’ So what do you say to a bunch of guys like that, other than you love them?

“I think when we look back on it, it is going to be overwhelming. Those game-altering plays that happen in a game, you need those things to go beat a team like Clemson where you’re playing in a semifinal game. You need those one or two plays. Then to miss a couple of them, that hurts you.”

The wounds are still fresh for the Buckeyes, and they were having a hard time figuring out exactly where they all came from after another defeat in the desert.

Now Ohio State will be spending a lifetime wondering what might have been.