Connect with us
Clemson was able to come up with big plays against the talented Ohio State defense. (Birm/Lettermen Row)

COLUMBUS — The problem at Ohio State had seemingly been fixed.

The Buckeyes had spent all season producing a remarkable turnaround on defense. They were among the stoutest, stingiest units in the country, and limiting the explosive plays that had doomed them a year before was the clear catalyst. Effort, fundamentals, scheme and personnel seemed to again be in perfect alignment.

And then for just a couple plays, it all slipped away from Ohio State in the Fiesta Bowl — and it wasn’t just the sloppy turf that was to blame. Clemson found huge holes on the ground, it dialed up creative play calls and it connected on just enough throws through the air to capitalize against the Buckeyes when the College Football Playoff semifinal was on the line.

Yes, Ohio State did more than enough to win that matchup in the desert and easily could have been playing for the national title on Monday night if not for the hard-to-believe string of bad luck, near-missed and horrible calls that went against it. But if not for a couple uncharacteristic defensive lapses, none of the other stuff might have mattered. 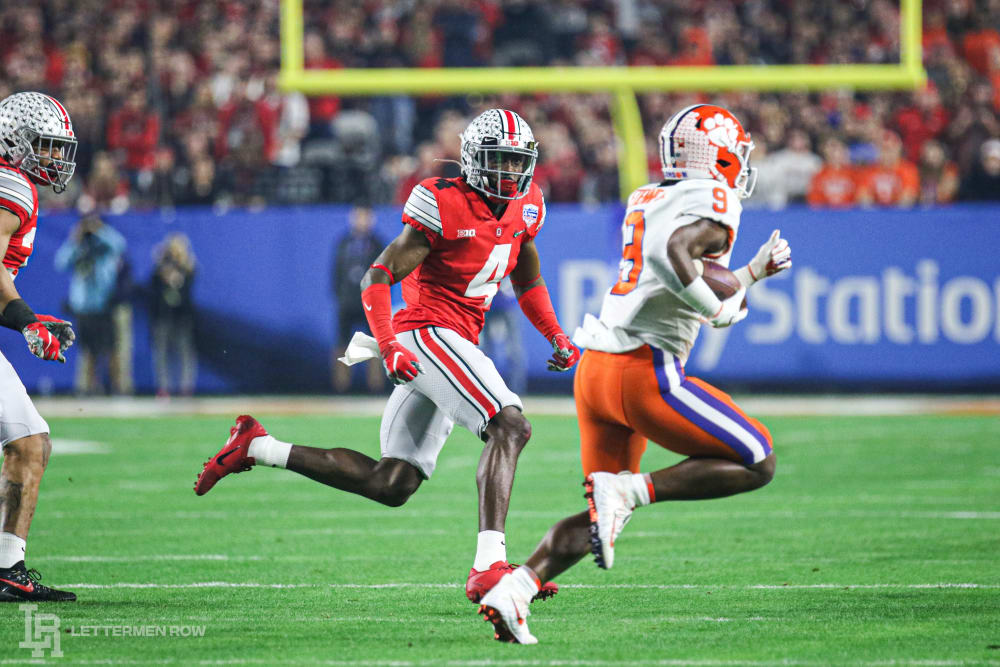 “I give Clemson a lot of credit,” Ohio State linebacker Tuf Borland said after the game. “They’ve got a lot of good players. They made plays. As far as [Trevor] Lawrence running, not really a huge surprise. We saw that on film, extending plays and being able to find open guys.

The Buckeyes didn’t do much to provide answers in the immediate aftermath of that shocking loss to Clemson, and they’ll continue to spend the offseason reliving it and trying to find out exactly what went wrong. As they regroup for another run back to the College Football Playoff, they’ll have to do so without a handful of superstars who were instrumental in the resurgence — starting with defensive end Chase Young and cornerback Jeff Okudah.

Ohio State still has the tools to be one of the best defenses in the nation. But now they’ll have to wait almost a full year before getting another chance to prove it on the biggest stage in the sport.

What happened on those key defensive breakdowns in the Fiesta Bowl for Ohio State? Were there signs that the Buckeyes were susceptible to the explosive plays? How will those couple missed assignments linger and motivate the Silver Bullets heading into the offseason program? Former Ohio State captain Zach Boren was back in the Lettermen Row film lab looking at the turning points against Clemson and answering those questions in the latest episode of BuckIQ.