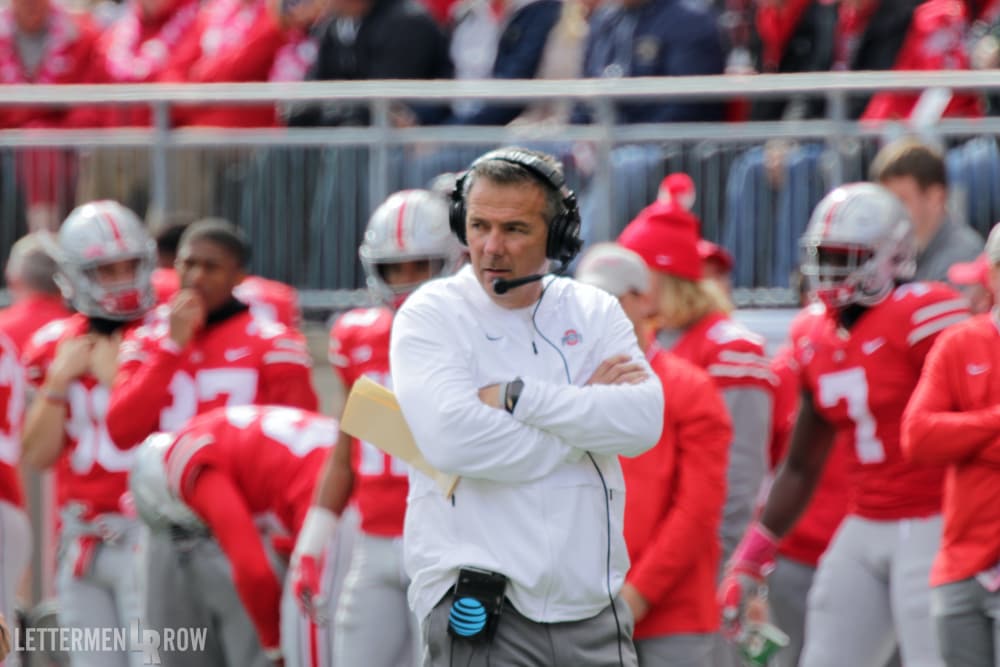 Urban Meyer and Ohio State aren't perfect, but the record still is for the Buckeyes. (Birm/Lettermen Row)

COLUMBUS — For an undefeated team coming off another double-digit victory, there sure wasn’t a lot of celebrating going on at Ohio State.

The offense was pointing to a stagnant rushing attack instead of another eye-popping statistical performance through the air.

The defense was harping on breakdowns against the rush and slowing down slant routes instead of a second-half shutout and three takeaways.

And a team with legitimate national-title aspirations obviously wasn’t looking that far ahead after another Big Ten victory, not when No. 3 Ohio State felt the way it played in a 30-14 win over Minnesota on Saturday made them susceptible to a loss well before the College Football Playoff.

“The saying right now that I’m using is enhance our strengths and let’s fix our weaknesses,” Ohio State coach Urban Meyer said. “We’re going to have to get some things fixed. What we’re going to do is enjoy our win. Not many teams are 7-0.

“I learned a long, long time ago — I guess not that long ago — enjoy every win. And come back to tomorrow and get to work. There are concerns, there certainly are.”

But which worries are legitimate for the Buckeyes and which aren’t as they move on to a tricky road test at Purdue? Let’s fact check some of those strengths and weaknesses for Urban Meyer and Ohio State to see what’s real with the defending Big Ten champions.

The latest evidence didn’t help the case that Ohio State is about to get rolling on the ground. The offensive line lost key battles in the trenches, J.K. Dobbins and Mike Weber appeared to be running tentatively at times and it would have been hard to imagine the Buckeyes managing just 2.9 yards per carry against Minnesota. But the truth is, if Ohio State truly wanted to be the kind of dominant rushing team Urban Meyer has had with the program, it has the talent to get it done. But the shift to becoming a pass-first team has appeared to come at the expense of the rushing attack — and that’s not exactly a problem with the way the Buckeyes are scoring. One area where an adjustment may need to be made, though, is with the way the Buckeyes attack teams with that combination of Weber and Dobbins in short-yardage situations.

The verdict: Mostly true at the moment, but also not an issue for a team that has thrown for 867 yards in the last two games thanks to Dwayne Haskins. 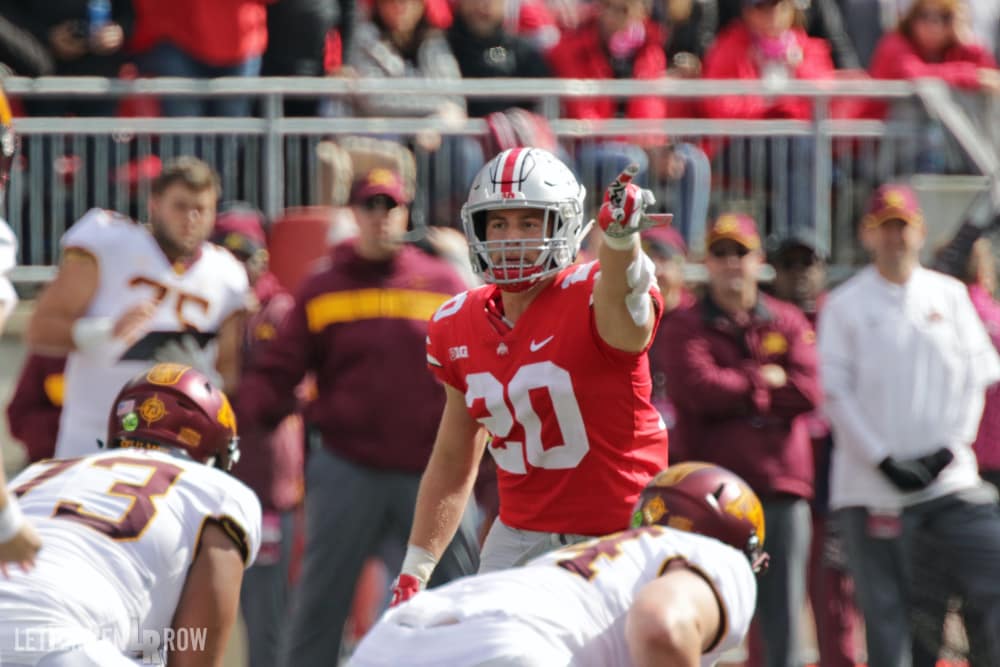 Pete Werner and the Ohio State defense shut out Minnesota in the second half on Saturday. (Birm/Lettermen Row)

Claim: The defense is broken

The Buckeyes weren’t remotely satisfied with the amount of yardage that was allowed to Minnesota, which was more than willing to take the slants that the defensive coaching staff was apparently willing to concede. Guys like linebacker Pete Werner also were harping on the 178 rushing yards allowed considering how important it is in Ohio State’s scheme to slow opponents down on the ground. But few programs in the country have proven to be more adept at second-half adjustments, and the Buckeyes didn’t give up a single point in the second half. Considering they were without nearly half of the starting lineup and at times the entire first-string defensive line, that should actually be chalked up as a reason for optimism and not hand-wringing.

The verdict: False, but with some room for improvement with better health.

The claim: Ohio State isn’t playing like a contender

After sitting through a series of questions that sounded more like the Buckeyes were winless instead of undefeated, offensive coordinator Kevin Wilson closed out his press conference with a reminder: “It’s college football, man. That’s college football.” It’s extremely difficult to win every game in this crazy sport, and it’s even harder to do so in dominant fashion every single week. Every national championship goes through a spell when it doesn’t have its best stuff or injuries pile up and make some matchups more challenging than expected. In the penultimate week of the regular season in 2014, Ohio State was trailing in the second half at home — against Indiana. Struggling to get rolling early against Minnesota on Saturday would seem to pale in comparison, but those Buckeyes obviously turned out just fine when the bright lights were on in the postseason. This version has the same potential, but it will occasionally deal with the same growing pains.

The verdict: Misleading. Maybe Ohio State wouldn’t have won the College Football Playoff on Saturday, but that also wasn’t the challenge it was dealing with against Minnesota. 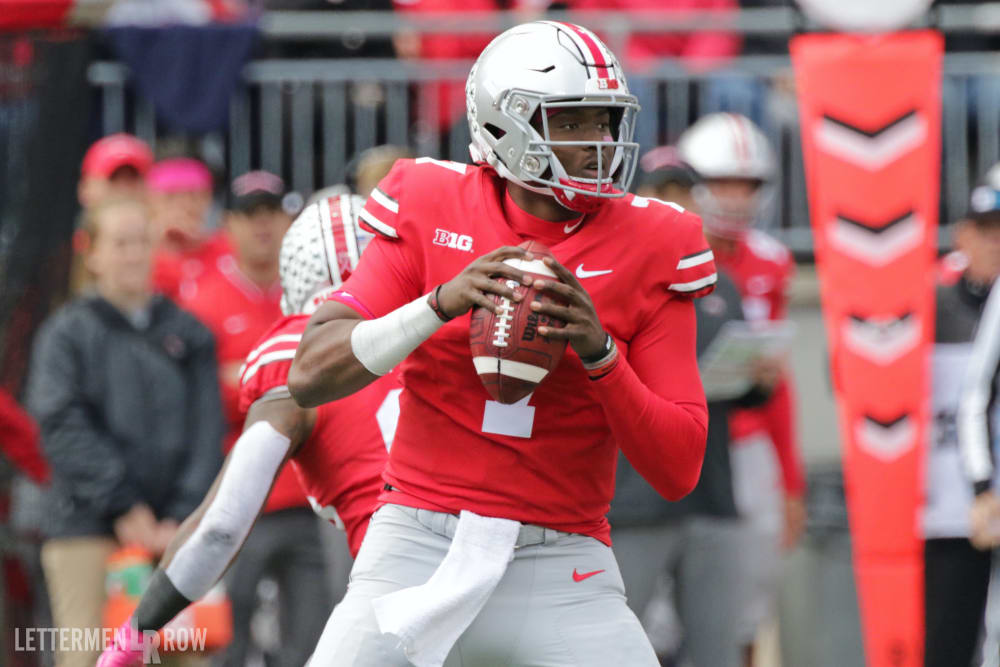 Dwayne Haskins continues to lead the Ohio State Buckeyes to wins with an eye on the College Football Playoff. (Birm/Lettermen Row)

The claim: Dwayne Haskins will win the Heisman Trophy

OK, maybe this one isn’t all the popular of an opinion even if he’s now up to the second-best odds in the Heisman Trophy race against Alabama quarterback Tua Tagovailoa. But after another 400-yard passing performance with three more touchdowns, it’s probably time for Dwayne Haskins to get more credit as a viable option to actually win it when the perception seems to be that there’s already a clear-cut winner. Plus, it’s probably more fun to wrap up the fact-check with something that everybody who is watching can see: Dwayne Haskins is a special quarterback.

The verdict: Trending toward true.

Look, it’s absolutely fair to point out issues with the Buckeyes and raise questions when they aren’t at their best. The flip side is that there are also a hell of a lot of positives for Ohio State, and most programs in the country would kill to be dealing with these couple issues while in control of a conference race and in position to play in the College Football Playoff.

Here’s one more fact that’s worth remembering even when the Buckeyes aren’t meeting their own astronomical standards: There’s nothing better than a perfect record, no matter how it’s earned.