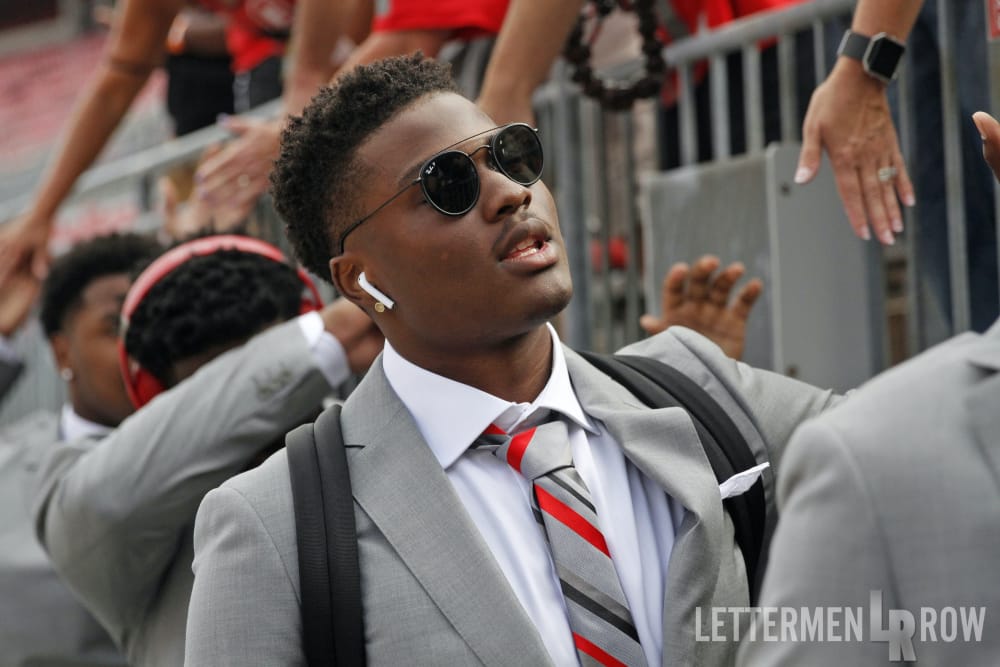 Dwayne Haskins arrived at the Horseshoe in style for his first start with Ohio State. (Birm/Lettermen Row)

COLUMBUS — The offseason is definitively, mercifully over, and Ohio State wasted no time celebrating with a touchdown.

On his first drive as a starting quarterback for the Buckeyes, Dwayne Haskins sliced up Oregon State with a deep throw to Terry McLaurin. And two plays later, the redshirt sophomore executed a play-action fake in the red zone and found McLaurin for the first points of the season for the No. 5 team in the country.

That fast start followed a Nick Bosa fumble recovery as a couple Ohio State stars made contributions early to kick off the year after a tumultuous offseason for the program.

Serving as active head coach for the first time in his career, Ryan Day was the first into the Horseshoe for Ohio State on a muggy Saturday afternoon at the Horseshoe. He didn’t try to copy Urban Meyer’s style or stop outside the tunnel to hug each player, and he also didn’t show any signs of nerves as he led the Buckeyes onto the field in front of another huge crowd.

The focus was squarely on football finally for Ohio State. And there was plenty to learn aside from the coaching situation right off the bat about the Buckeyes thanks to a couple injury developments.

Veteran guard Branden Bowen didn’t dress as he continues to try to rehab from last season’s broken leg. Freshmen defensive backs Sevyn Banks and Marcus Hooker both had braces on one of their hands, although Hooker wasn’t going to be available anyway due to suspension. And tight end Jake Hausmann was also held out due to injury.

The biggest absense, though, was starting safety Jordan Fuller. The Buckeyes held the captain out with a hamstring concern, and his status will be monitored moving forward.

Ohio State likely didn’t need to rush anybody with health concerns into the lineup given the huge talent disparity against Oregon State. The Beavers won just a single game last year while the Buckeyes were winning a Big Ten championship.