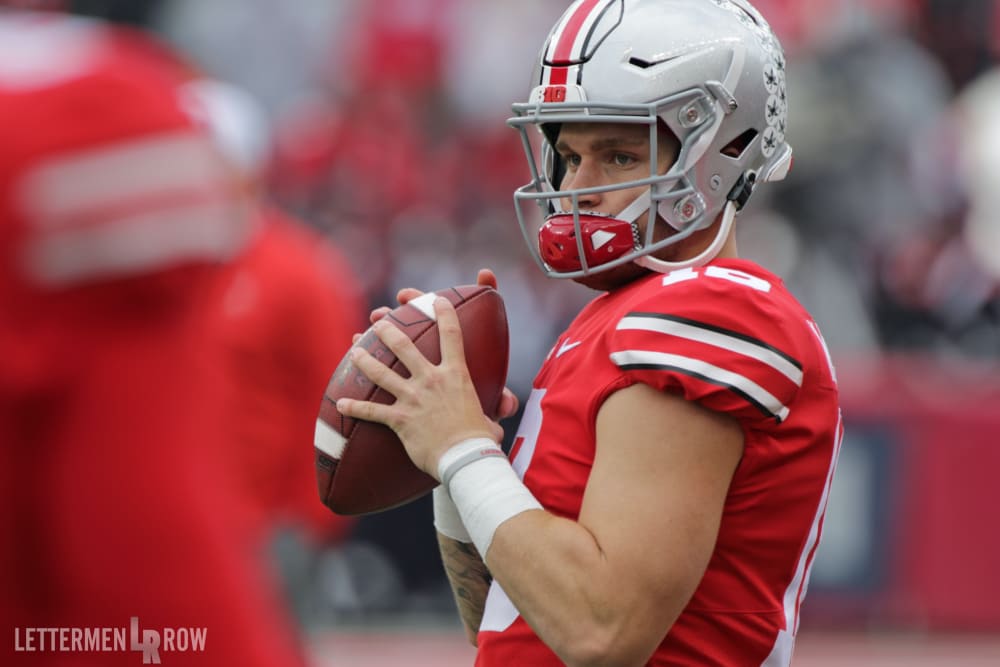 Ohio State quarterback Tate Martell will have to continue to wait his turn for the Buckeyes. (Birm/Lettermen Row)

The speculation, debate and conversations about Ohio State never end, and Lettermen Row is always ready to dive into the discussions. All week long, senior writer Austin Ward will field topics on Urban Meyer and the Buckeyes submitted by readers and break down anything that’s on the minds of the Best Damn Fans in the Land. Have a question that needs to be tackled, like the one today about Tate Martell? Send it in right here — and check back daily for the answers.

I agree with not replacing a player.. ever.. but, is there a chance we’ll see Tate? There’s really no film on him.

Given all the hype, the electrifying glimpses of his dual-threat ability and a couple weeks where it at least seemed like Ohio State could use a spark on offense, it’s understandable why Tate Martell continues to have his name discussed as a potential option. But arguably the one position where the Buckeyes have never had any actual incentive to make a change is at quarterback thanks to Dwayne Haskins and his record-setting arm. And it’s hard to see at this point just how Martell could help beyond being prepared as the backup.

That almost certainly isn’t what the redshirt freshman wants to hear, but it’s the truth. And he’s definitely not the first talented quarterback who has had to be patient and wait for his turn.

The counterargument, of course, is that Martell’s versatile skills and athleticism can help in a variety of ways. But if Ohio State was going to use him, the first step would be figuring out exactly what he provides that makes him a necessity.

“We do [think about it], and he’s frustrated,” Meyer said. “But I mean, it’s positive because he wants to play. He’s an elite competitor, and those are ongoing conversations.” 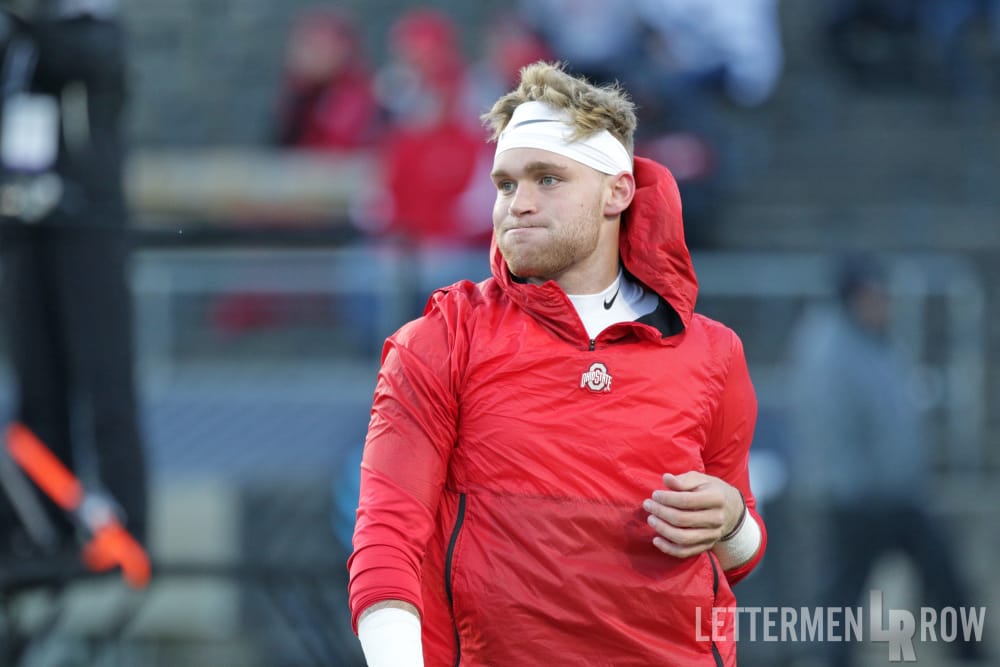 Ohio State quarterback Tate Martell has shown glimpses of what he could provide this season. (Birm/Lettermen Row)

When it comes to those discussions, though, all the signs would seem to suggest there just isn’t enough reward to risk taking the best player on the team off the field.

When it comes to the passing attack, there is simply no debating that Haskins has allowed the Buckeyes to reach some heights the program has never seen before through the air. So, right off the bat that’s going to be a difficult hurdle to overcome.

Martell can be a rushing threat, there’s no question about that. But as elusive as he might be, is he really going to be a better weapon in that area than J.K. Dobbins, Mike Weber or Parris Campbell? Ohio State isn’t short on options to carry the football, and the issues at times this season appear to have much more to do with the blocking than the rushers. And when it comes to the red-zone offense, the Buckeyes finally made some adjustments and unveiled new packages to get the job done last week against Nebraska — and they didn’t require bringing Haskins to the sideline.

Maybe most important right now: Does Ohio State really want to go back to the zone-read, quarterback-heavy attack from the previous seasons under Meyer? It’s some of that predictability and the clamoring for a more prolific passing attack that eventually sparked the evolution of this offense in the first place. And while for whatever reason Haskins hasn’t yet shown the mobility that generated so much excitement about his all-around ability in the comeback in The Game last year, somewhere that ability still exists.

Eventually Martell will get his turn, and it might not take long with Haskins likely heading to the NFL after this season. And maybe Ohio State has a trick or two up its sleeve that would make it worthwhile to unleash him early.

But for now, making sure he’s ready as the backup should probably stay the top priority.