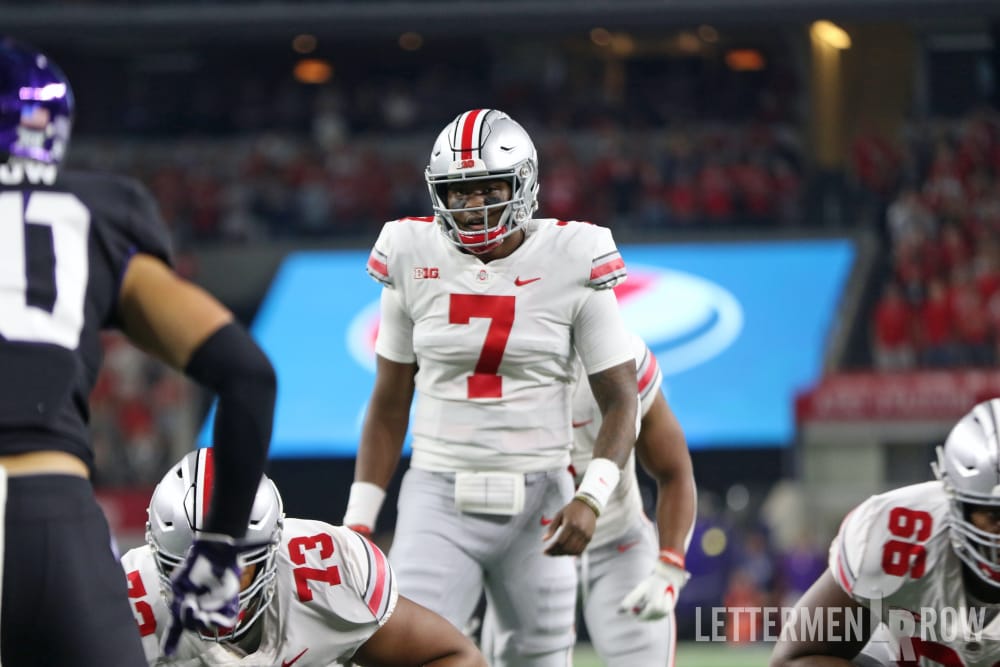 Dwayne Haskins and Ohio State are off to a strong start -- and looking for more. (Birm/Lettermen Row)

Few teams are scoring more points than the Buckeyes. There are two Heisman Trophy candidates on offense. Dwayne Haskins has used his first three starts at quarterback to rewrite the record books with one of the hottest opening stretches the program has ever seen.

And yet, Ohio State is still looking for more.

“I feel like we can keep getting better,” Haskins said. “We’re not really in playoff form yet, but we’re getting there. Execution is the biggest thing with the offense and timing. We had some times in the game last week where we didn’t execute the way it needed to be and that messed up the timing.

“If we can get the ball rolling from the start, we can do some things.”

The Buckeyes are doing plenty already offensively. Haskins has been unfazed either by the pressure of leading the attack or taking on a tenacious defense like TCU, and that has thrust him into the Heisman conversation after just his third career start.

He’s joined in the backfield by J.K. Dobbins, who has decent odds as a candidate for that award himself thanks to another strong outing at tailback against the Horned Frogs.

And with so many other skill players having scored and an offensive line that is consistently grading out well early in the season, there’s plenty of good vibes going around for the Buckeyes coming off a ranked victory away from the Horseshoe.

“It’s a confidence, you know, beating a great team like TCU heading into another week of football,” Haskins said. “There’s a lot of energy coming off a big-time win like that, and we want to keep getting more big-time wins.

The Buckeyes might not need to perform at a playoff-caliber level against Tulane on Saturday. But a big test is looming one week later at Penn State that might decide their chances of getting back there, and that high-powered offense will need to be running at maximum capacity.

Dwayne Haskins was one of a handful of Ohio State players and coaches who previewed the matchup with Tulane this weekend. Videos with Haskins, offensive coordinator Ryan Day, defensive coordinator Greg Schiano and players Jonathon Cooper, J.K. Dobbins and K.J. Hill can be watched below.