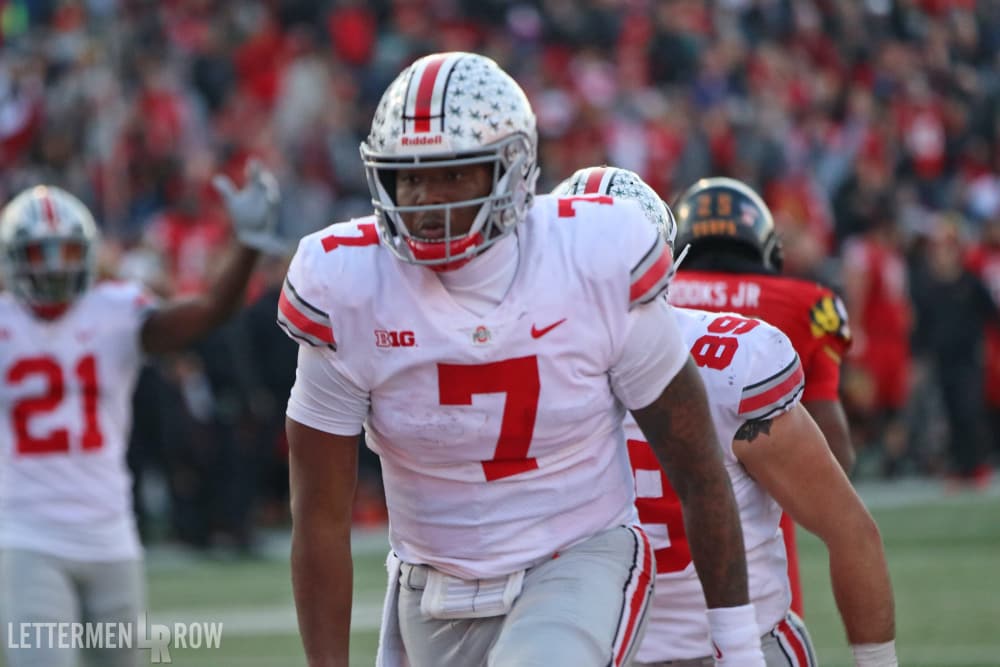 Ohio State quarterback Dwayne Haskins will be crucial in The Game against Michigan. (Birm/Lettermen Row)

The speculation, debate and conversations about Ohio State never end, and Lettermen Row is always ready to dive into the discussions. All week long, senior writer Austin Ward will field topics on Urban Meyer and the Buckeyes submitted by readers and break down anything that’s on the minds of the Best Damn Fans in the Land. Have a question that needs to be tackled, like the one today about Dwayne Haskins and The Game? Send it in right here — and check back daily for the answers.

Can the offense score enough points against that defense to offset the inevitable big plays given up by the OSU defense?

There is no denying that Michigan is bringing a truly elite defense into The Game, and the statistics it has posted this season are jaw-dropping.

There can also be no doubt that Dwayne Haskins has proven himself to be a top-shelf passer, and his record-setting numbers are dizzying.

So, it’s strength against strength. And even if there’s going to be a ton of attention on the Ohio State defense coming off that debacle at Maryland, the latest chapter in the rivalry against the Wolverines is going to be decided by Haskins — just like last year. 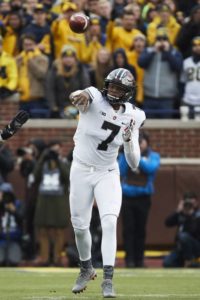 The redshirt sophomore is going to see pressure from a loaded defense and an aggressive scheme. At times this season he’s been forced out of his comfort zone when the pocket collapses and he routinely has players in his face, but the last two weeks appear to have been turning points for him. Haskins is again starting to trust his feet to pick up yards, he’s lowering his shoulder to fight for extra yards — and he’s also extending a couple plays with mobility before still uncorking his powerful arm. That’s exactly the kind of stuff he did off the bench against a similarly skilled Michigan defense last year, and it will be critical that he does it again on Saturday in the Horseshoe.

Assuming Haskins is maximizing his potential, Ohio State certainly has the firepower to put up enough points to extend the winning streak and claim the East Division title. It’s also hard to imagine that the Buckeyes will be as porous defensively as they were at Maryland given the motivation and the talent they have to work with to get the job done, which would ease at least a bit of the burden on the offense.

Now, if Haskins has to lead the Buckeyes to 52 points, that’s probably not going to happen. But it’s the battle between what each team does best, the top pass defense in the nation against the Big Ten’s most prolific quarterback, that is ultimately going to make the difference.

And coming off his best performance, it’s tough to bet against Dwayne Haskins right now.