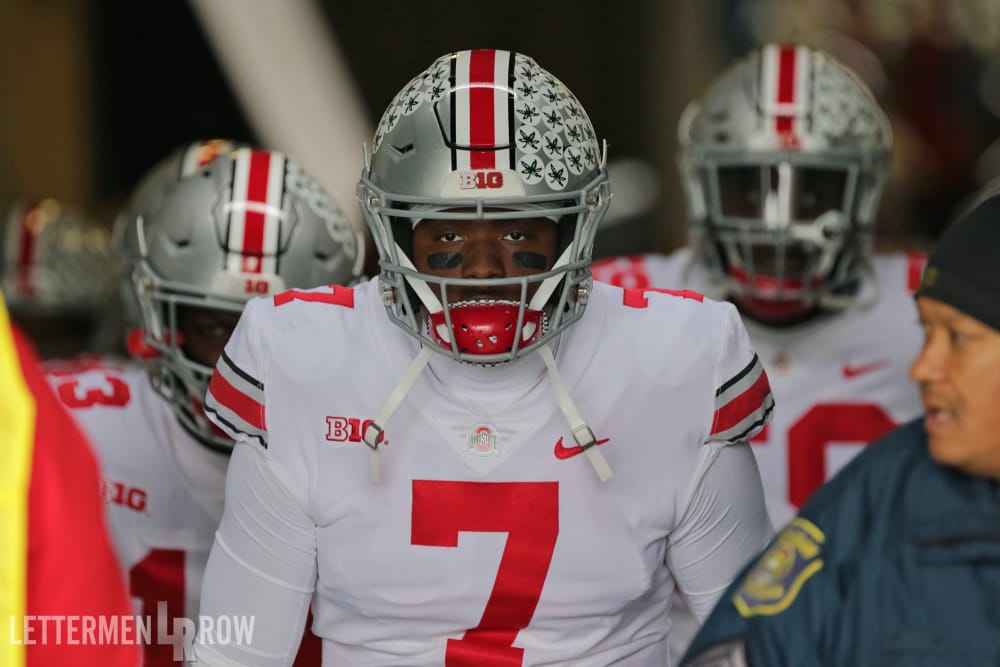 The speculation, debate and conversations about Ohio State never end, and Lettermen Row is always ready to dive into the discussions. All week long, senior writer Austin Ward will field topics on Urban Meyer and the Buckeyes submitted by readers and break down anything that’s on the minds of the Best Damn Fans in the Land. Have a question that needs to be tackled, like the one today about the Dwayne Haskins? Send it in right here — and check back daily for the answers.

Think they will let Haskins rest and play Martell?
Perhaps save Martell until THE Game?
Or play him just like they did against Sparty?

There’s no chance that Dwayne Haskins is missing his homecoming party back in Maryland, the school that once had the commitment of the record-setting passer before he slipped away to Ohio State. And for the Buckeyes, there’s definitely no room for them to be so bold as to even remotely consider resting the leader of the attack against a sneaky-dangerous opponent which has already knocked off Texas and ranks fourth in the Big Ten in total defense.

Even with all those distractions swirling around and the potential for the Buckeyes to be looking ahead to The Game, it’s Haskins who is almost certainly going to set the tone on Saturday at noon as he tries to put on a show after scrounging up at least 20 extra tickets for family and friends back home.

The Buckeyes will be looking to insert Tate Martell in at times to provide a red-zone boost, which is something that Haskins openly admits is a frustration for a starting quarterback. There has also been some outside speculation that he might not be thrilled with the recent emphasis on improving the rushing attack, and it’s also been a challenge at times for him to get rolling with struggles on the offensive line and even a few costly drops from his wide receivers.

There’s positive frustration fueled by competitiveness and negative frustration driven by complaints, as Urban Meyer has previously alluded to with his other quarterback. And the key is that Haskins has the right one, which it would appear like he does right now. 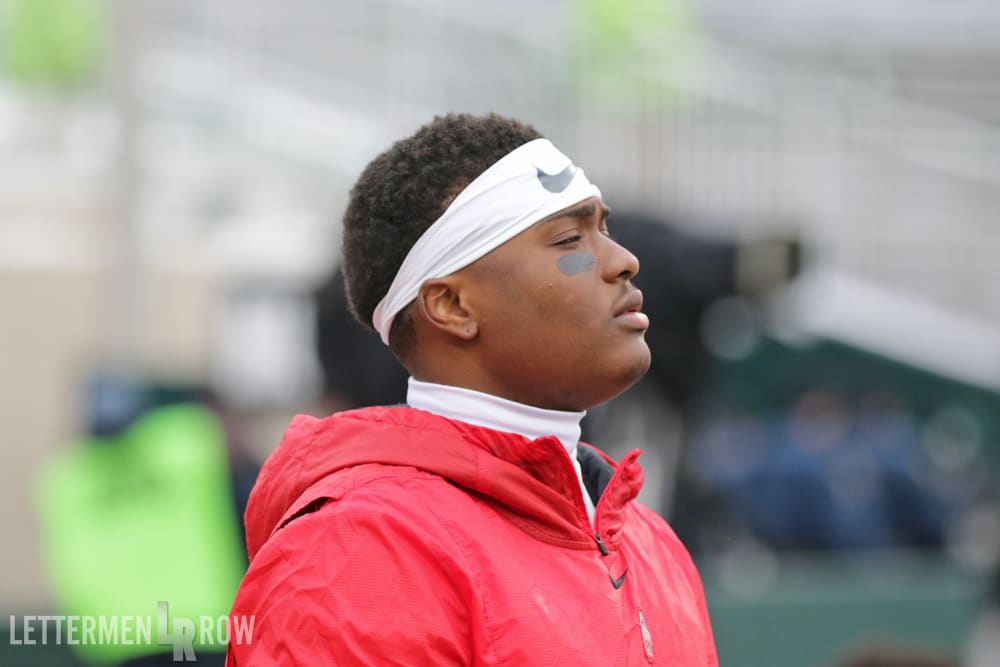 Haskins, though, has downplayed all of that as he gears up for the final two weeks of the regular season, and there’s good reason to do so with his team in position to compete for a Big Ten championship down the stretch. Even if he’s not getting to rack up 400 yards through the air every week like he did in October, that was never a realistic expectation when November rolled around and the weather turned. But Haskins is still on pace to shatter a number of key records, and a couple more should fall against Maryland since he only needs 50 yards and two touchdowns to tie both of those hallowed single-season marks for quarterbacks.

“I probably would have thought that it would happen,” Haskins said. “But did I think it was realistic? Probably not. But the fact that I’m able to go out here every Saturday and have fun with my teammates means the world to me, and being so close to all these records is a blessing from God.

“And to be able to compete for these records is a testament to the offense and the coaches with how great they are game-planning for us. … It’s crazy to realize how cool that is.”

Haskins is also winning games, which is the only statistic that really matters for the Buckeyes. And even with the recent dip in production, he’s continuing to cook up a truly special season individually that also has the potential to be elevated to the greatest in school history if the team success comes along with it over the next few weeks.

Expect both of those things to be on full display for Haskins on Saturday at Maryland. And maybe after breaking some records and the help of an improving defense, Ohio State might find a way to get him some rest for The Game after all.