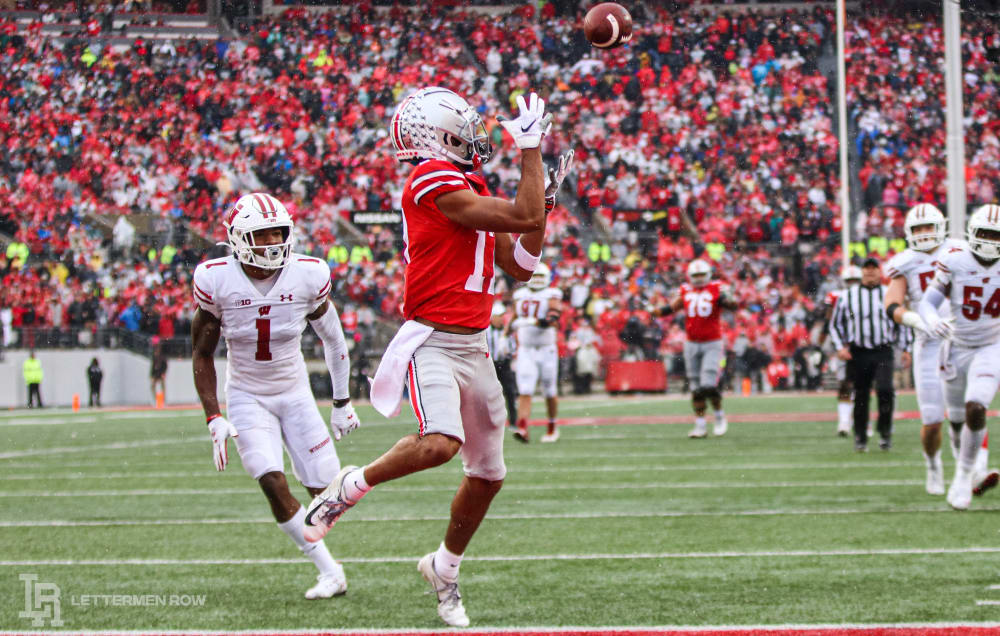 Ohio State wide receiver Chris Olave grabbed a touchdown in the big win over Wisconsin for the Buckeyes. (Birm/Lettermen Row)

But it still didn’t stick around until the final gun.

The dominance of the Buckeyes may have hit a brief speed bump in the rain on Saturday afternoon against a physical, fired-up Wisconsin team. But down the stretch, the two-time defending Big Ten champions kicked right back into their highest gear, pulling away for one of the most impressive outings of the season with a 38-7 win that showed exactly why it’s a threat to win the national title.

Now, Ohio State can head into a second off date with a chance to get healthy before what should be a couple tuneups against Maryland and Rutgers — then Championship Season will begin.

Much more postgame coverage is on the way from Lettermen Row. But as always, it all starts right here with Snap Judgments from the latest victory for the red-hot Buckeyes. 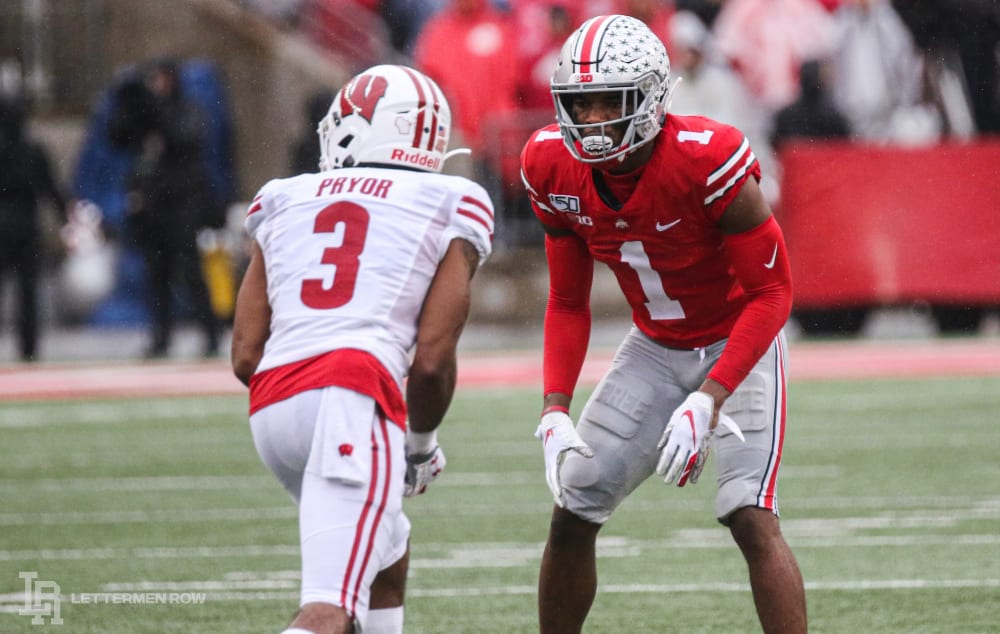 The weather did seem to bother the Ohio State offense. The physical challenge in the trenches was clearly the toughest the Buckeyes had faced so far this season. And with nothing coming easily and the score tight, the program faced its first real gut-check moments of the year.

But Ohio State seemed to revel in that moment, with every celebration ramped up, every hit seeming to deliver maximum impact and the confidence continuing to grow as it started to exert its will. This was the kind of matchup the Buckeyes had been waiting for to prove their mettle as a national-title contender, and eventually all three phases began to wear down Wisconsin. Nobody ever blinked or backed down, and now the table is set for a November run at another Big Ten championship — and maybe more after that.

The paper-thin candidacy of Wisconsin tailback Jonathan Taylor is officially over now. It’s time for Heisman Trophy voters to start paying more attention to the best player in the country, and there were plenty of moments that reinforced his claim to that title on Saturday at the Horseshoe. With the Buckeyes short-handed without Tyler Friday and Jonathon Cooper, Young stepped up to take on a heavier workload and was absolutely unblockable — even against an offensive line believed to be among the best in the country. Obviously it’s difficult for defenders to gain traction in the Heisman race, but Young is the most dominant force in the nation and deserves the recognition. There can really be no arguments against him after racking up four sacks, five tackles for loss and a pair of forced fumbles in the biggest game of the season so far. 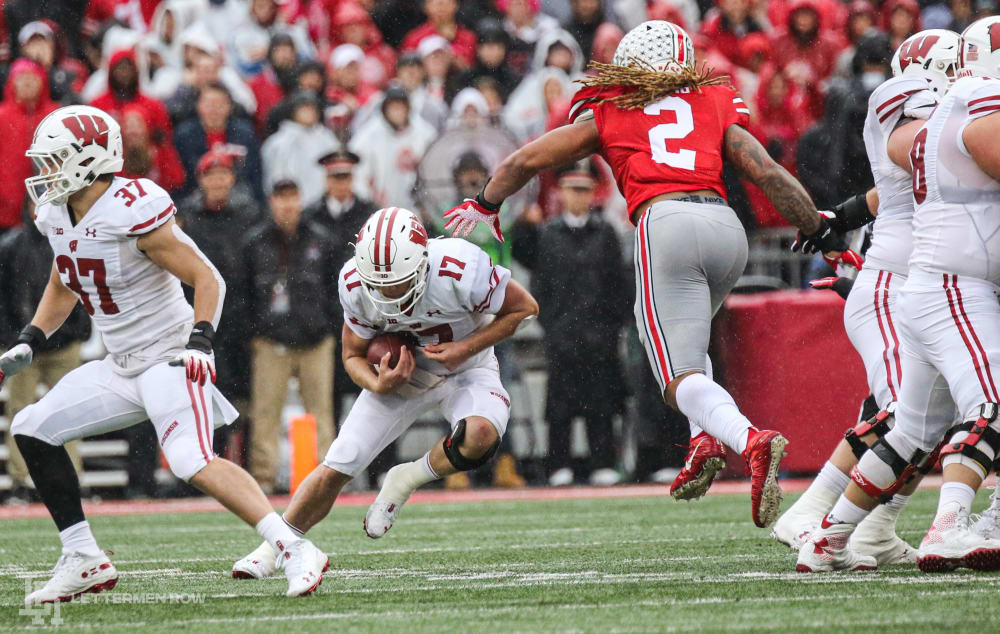 At the risk of piling on Taylor here, all the attention on the Wisconsin tailback had clearly been a motivating factor for J.K. Dobbins all season. The Ohio State junior wouldn’t admit it publicly, but there had to be a reason why he still felt there were people doubting him even as he carved up defenses with a few of the best rushing performances of his career during the first two months of the season. Dobbins wanted to be viewed as not only the best running back in the Big Ten, but also the country. And if there were holdouts who still believed that guy was Taylor, the performance with more than 200 total yards from Dobbins in the head-to-head duel left no doubt about the pecking order.

The guys on the field have to execute, and they are the ones who battled the elements, a physical opponent and the rest of the adversity on Saturday. But with Ryan Day leading the way and making some tremendous hires to fill his first staff, the coaches deserve a lot of credit for their willingness to make adjustments within games — and install different looks from week to week. Playing Chase Young as a standup rusher in the middle of the field on defense? Who saw that coming? Day was also showing the most passion of his young coaching career before the game, showing he was aware of the test that was coming and setting the tone for the most impressive win of the season.