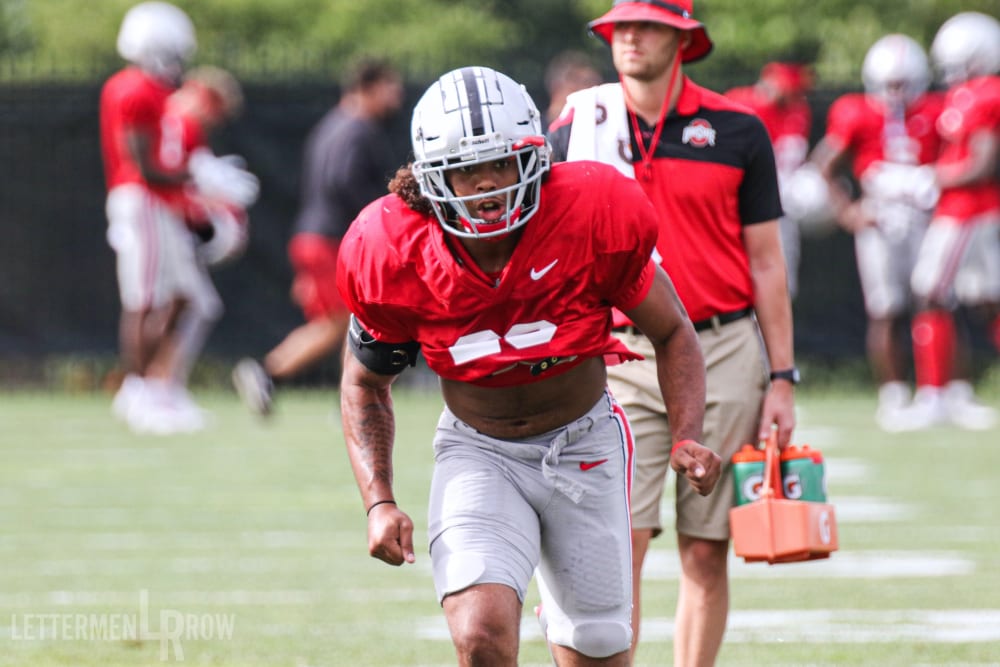 Ohio State running back Marcus Crowley has flashed during training camp and should have a role with the Buckeyes. (Birm/Lettermen Row)

COLUMBUS — Ohio State wanted competition, and that’s exactly what it got.

Maybe some of the battles didn’t yield anything other than the expected result, most notably at quarterback where Justin Fields has been the wire-to-wire leader and is expected to be named the starter on Monday.

But there have certainly been some interesting developments elsewhere for the Buckeyes during the month of August so far. And with training camp starting to wind down and preparations for the opener about to begin, the time for solidifying the depth chart has arrived for first-year coach Ryan Day.

“We’ll talk about it,” Day said after practice on Wednesday. “There are still some battles that will go into the third week, so probably won’t have a whole team depth chart. But after this week we’ll probably have a good idea where guys are.

“Hopefully we’ll have captains by then and that will be throughout the weekend. Should have a good update on Monday.”

Until then, Lettermen Row is taking stock of five Buckeyes who have impressed during the first couple weeks of practice and may have earned more prominent roles than might have been initially expected. 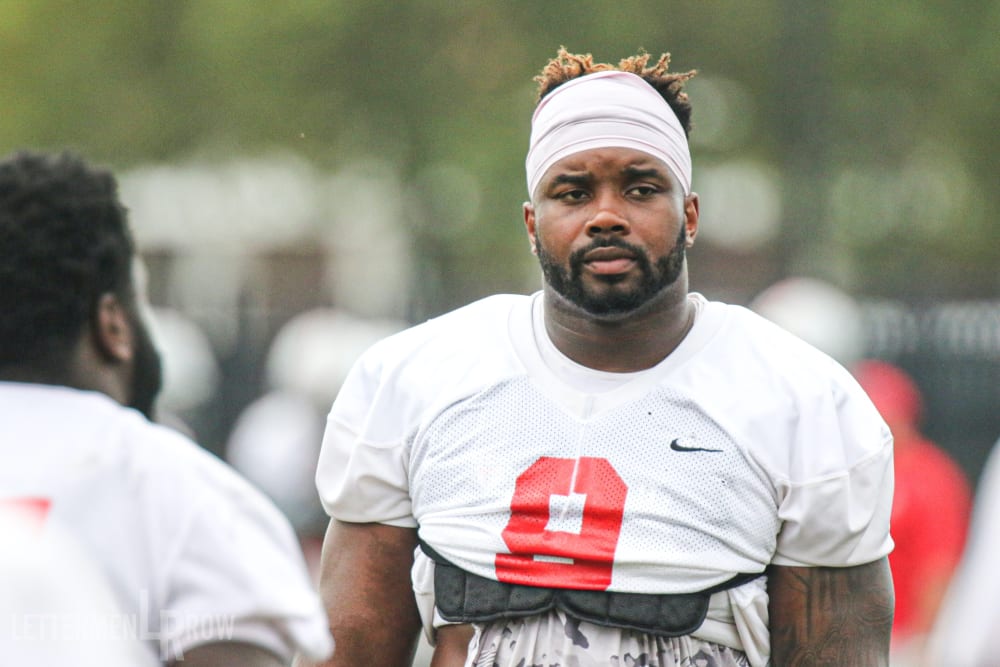 Ohio State defensive tackle Jashon Cornell looks to be a starter for the Buckeyes. (Birm/Lettermen Row)

Patience was required for Jashon Cornell, along with a bit of experimentation. But the fifth-year senior has kept grinding and developing during his tenure with the program, and now that Ohio State has found a home for him as a three-technique defensive tackle, Cornell appears ready for a breakout campaign. Thanks to his pass-rush ability, there have been a few comparisons during spring and training camps to what Dre’Mont Jones did for the Buckeyes a year ago. And while that’s certainly a high standard, Cornell has the physical tools to be a game-changing threat in the middle of the Rushmen.

The Buckeyes always were going to count on Branden Bowen for an important role, but heading into August it seemed like that would be as the all-important sixth man off the bench as a safety net for the offensive line. His previous experience at guard meant that he could play every position but center for Ohio State. And while the battle isn’t over yet, instead it looks like he’s actually at least in line for a rotation at right tackle with Nicholas Petit-Frere. The last two years have been tough for Bowen as he’s dealt with a serious leg injury, but he might be on the brink of writing a happy ending for his comeback story. 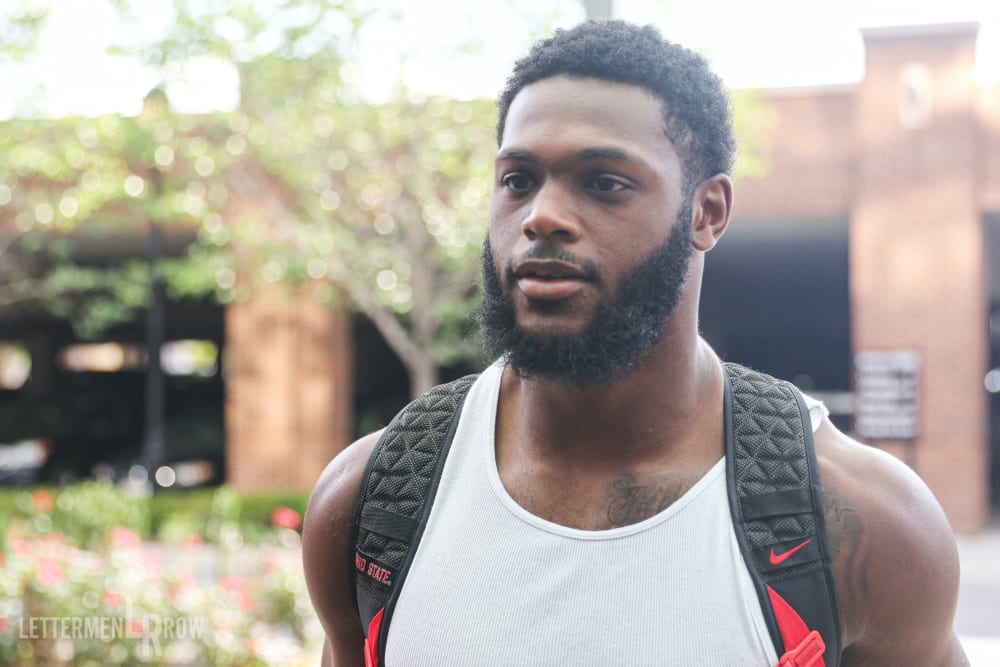 Thanks to the return of all three starting linebackers, the path to playing time is pretty steep at Ohio State. Even though the unit struggled last year and the guys behind the veterans are some of the most touted recruits in the country, experience has helped provide an edge for a middle linebacker like Tuf Borland. Baron Browning is chipping away, though, and he’s making a solid case that he needs to be on the field more as he gets more comfortable in the system and allows his next-level athleticism to shine through more consistently. Maybe Browning won’t be a starter, but it would be surprising if he wasn’t heavily involved in the rotation.

The open challenge for a backup tailback to emerge was probably music to the ears of Marcus Crowley, a true freshman who arrived on campus as an underrated recruit looking to prove the skeptics wrong. The position was there for the taking, and after an eye-opening spring camp, Crowley has continued to prove that he can be an instant-impact option for the Buckeyes in the backfield. The ability with the football in his hands is clear, and if Crowley can show that he can handle the responsibilities the Buckeyes ask of tailbacks when it comes to blocking and picking up blitzes, he might just emerge as the second guy in line behind J.K. Dobbins.

Maybe it’s getting redundant at this point, but it’s worth another reminder that Josh Proctor has looked like a safety with superstar potential during spring practice and the month of August. There are still plenty of unknowns when it comes to exactly how Ohio State will line up, how versatile the scheme will be and multiple the personnel groupings will be. But Proctor’s two-interception practice early in camp was yet another mark in his favor that suggests he should absolutely be part of the plans moving forward for the Silver Bullets this season.