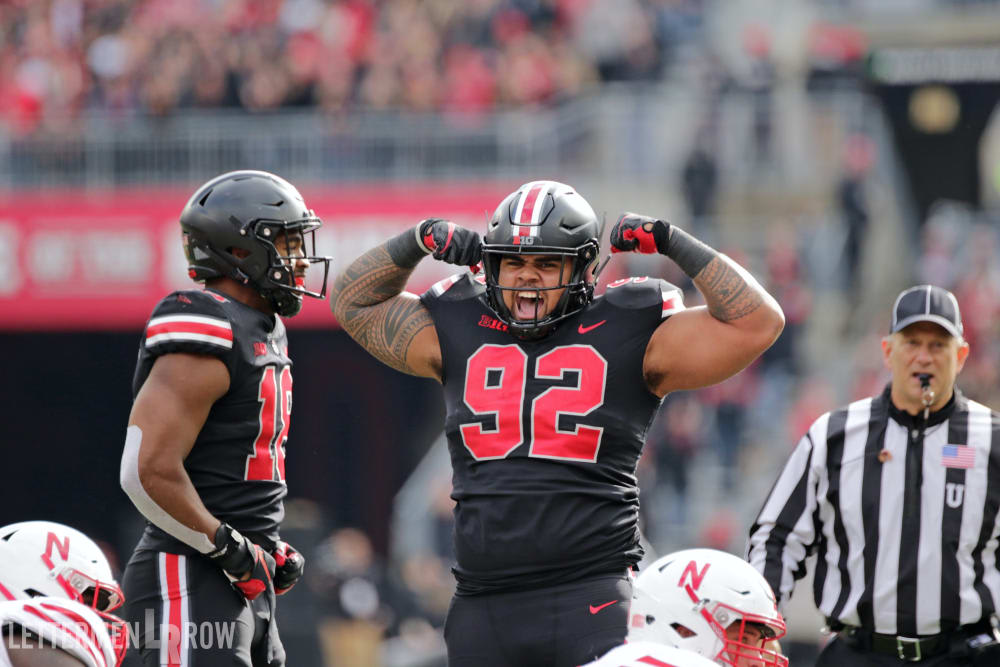 The speculation, debate and conversations about Ohio State never end, and Lettermen Row is always ready to dive into the discussions. All week long, senior writer Austin Ward will field topics about the Buckeyes submitted by readers and break down anything that’s on the minds of the Best Damn Fans in the Land. Have a question that needs to be tackled, like the one today about the most loaded position group for Ohio State? Send it in right here — and check back daily for the answers.

Who is the most physically talented player no one is talking about?

The work is often thankless, and the spotlight doesn’t usually shine that bright on the mess of massive bodies the trenches. But even on an Ohio State roster overflowing with depth, talent and experience, the most impressive collection of athletes might actually be at defensive tackle.

Those guys are often even overshadowed by the Rushmen on the edge. Honestly, that’s probably just fine for a group of selfless grinders who certainly aren’t worried about who gets the credit — especially since everybody within the program is aware of just how important those big guys are to the success of the Buckeyes.

In fact, picking just one of them to highlight as one of the most impressive, under-the-radar performers was both too difficult and unfair. And defensive line coach Larry Johnson would have the same problem picking two guys to be official starters, which is a clear sign that he’ll be able to keep rolling with the kind of rotation he loves to deploy up front.

Davon Hamilton is a name that has been coming up really since the Rose Bowl ended as a breakout star, and it’s easy to understand why given the way he’s able to move at 6-foot-4, 310 pounds. It’s taken some time for the fifth-year senior to develop and start producing for the Buckeyes. But he’s ready now, and Hamilton will be an absolute handful for opponents this season.

Robert Landers has already shown a knack for drawing some attention down to defensive tackle thanks to his outsized personality, colorful hair and his new love for cowboy apparel. That shouldn’t overshadow how unique of an athlete he is at the position, using his quickness to slice into the backfield and make up for the fact that he’s relatively undersized.

From there, Ohio State will be working in three truly impressive specimens who were once among the most coveted recruits in the country. Tommy Togiai might just be the strongest pound-for-pound player on the Ohio State roster. Taron Vincent went through a year of development as a freshman, but he’s got five-star potential and the chance to blossom into a star. Haskell Garrett has needed patience so far in his career, but the junior showed signs of taking the next step last season and is oozing with potential as well.

Throw in a healthy Antwuan Jackson with the possibility of Jashon Cornell sliding back inside to potentially help as a three-technique with pass-rush skills and Ohio State could stretch the rotation to as many as seven guys this season. All of them are have the ability to be Big Ten-level starters, which obviously qualifies that position as an embarrassment of riches for Johnson to work with this season.

Maybe that still won’t really make the defensive tackles for the Buckeyes a regular part of the conversation. But that group might just be the most physically impressive — and the strength of the team.