Connect with us
Ohio State was able to get key stops in the win over Indiana.

COLUMBUS — There have been lulls, and Ohio State is well aware of how quickly a blowout can turn into a battle when they pop up defensively.

But on either side of those breakdowns are stretches of utter dominance. That’s how those huge leads are built in the first place, and it’s also how the Buckeyes eventually slammed the door late in the fourth quarter of the critical win over Indiana last month.

Ohio State has shown it can collapse the pocket and make a quarterback uncomfortable. The linebackers have left little doubt about their ability to swallow up the run while also helping against the pass. Even the maligned secondary has shouldered its share of the load, getting timely pass breakups and helping seal the win over the Hoosiers with a pick six.

The trick is obviously finding a way to keep the energy high for a full four quarters, a challenge that clearly isn’t getting any easier in this bizarre season coming off another cancellation. 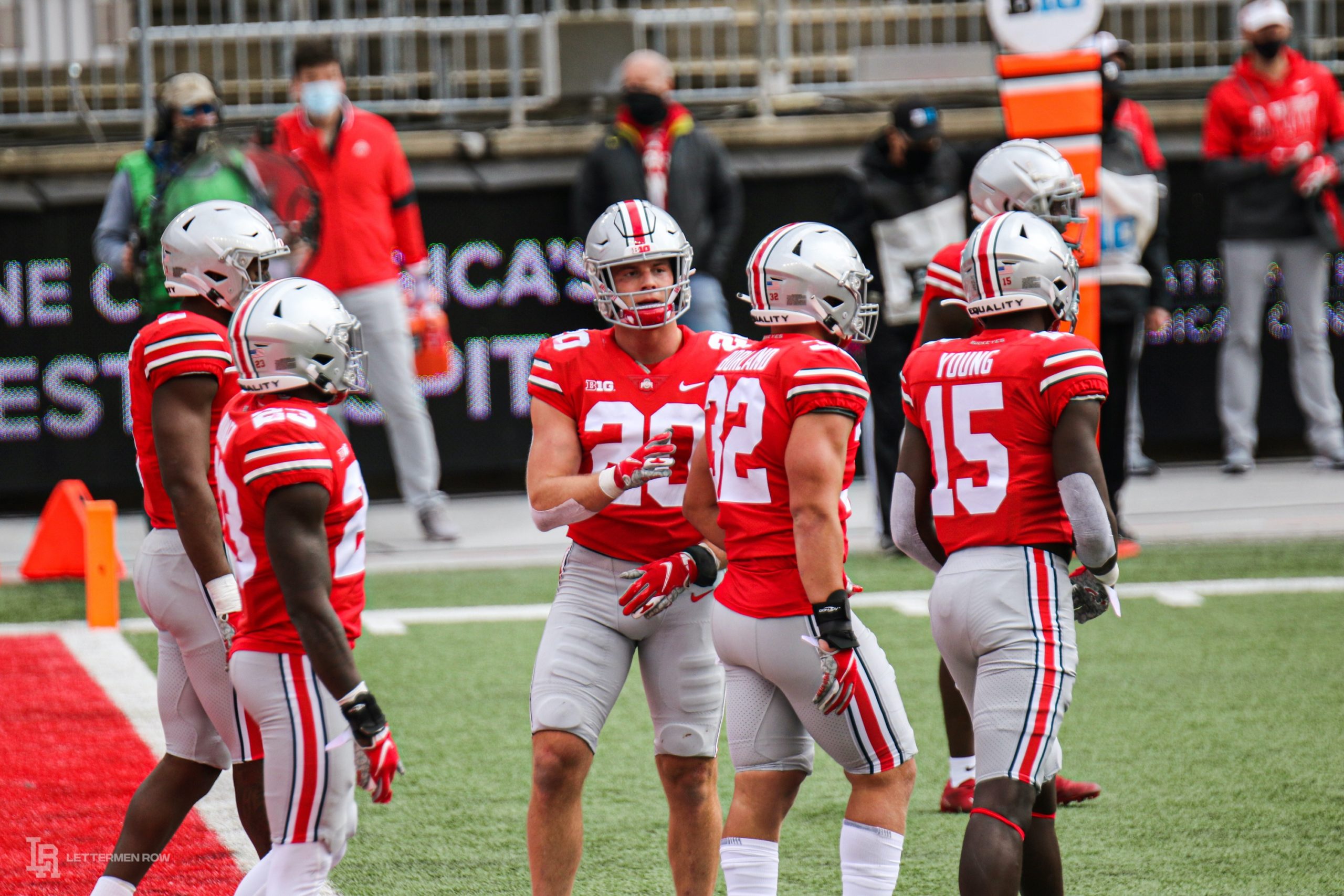 “We’ve got a ways to go, but we’ve played four games [at] Thanksgiving,” Ohio State coach Ryan Day said last week. “It’s just very, very bizarre. There is so much that has gone into this season that these kids have been through, to the average person, they don’t quite get that part of it. They wouldn’t understand. But when you’re in an environment like this when there are no fans and you have to bring your own energy, it’s just a different dynamic. I think that’s why you’re seeing so many strange things that have gone on this year.

“I’m not making excuses. I’m just calling it for what it is.”

The Buckeyes have done everything they can to embrace the adversity, and they still head into December unbeaten and in position to earn a return bid to the College Football Playoff.

All eyes remain on the defense, of course. But there were plenty of signs even in the up-and-down win over Indiana that the pieces are all in place. Now the Buckeyes just need a chance to get back on the field to prove they can extend their brilliance for a whole game.

When Ohio State is at its best, what is clicking for the defense? How can the Buckeyes extend their dominance for even longer stretches on that side of the football? What will the Silver Bullets learn from those key stops late in the win over Indiana? Former Ohio State captain Zach Boren popped in the film at Lettermen Row and answered those questions in the latest episode of BuckIQ.