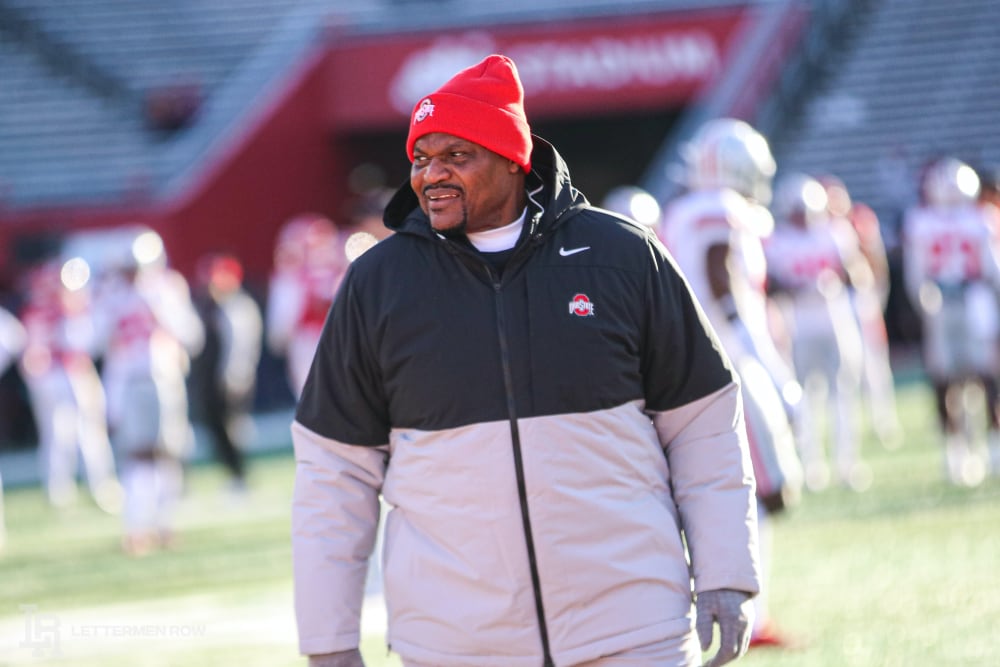 Ohio State will always be just fine as long as Larry Johnson is leading the Rushmen. (Birm/Lettermen Row)

The speculation, debate and conversations about Ohio State never end, and Lettermen Row is always ready to dive into the discussions. All week long, senior writer Austin Ward will field topics about the Buckeyes submitted by readers and break down anything that’s on the minds of the Best Damn Fans in the Land. Have a question that needs to be tackled, like the one today about Ohio State and the defensive line? Send it in right here — and check back daily for the answers.

The annual proclamations used to draw a little laugher, but it’s become painfully obvious to opponents that Ohio State isn’t joking around when it talks about the next wave of defensive linemen raising the bar.

First the Buckeyes were supposed to struggle to replace Joey Bosa.

It appears that as long as Larry Johnson is around to lead the Rushmen, everything is always going to be just fine up front for the Buckeyes — even with seemingly huge shoes to fill on the edge. After Young delivered the most productive season in school history at the position and finished the year as a Heisman Trophy finalist, it would appear that this might be the biggest challenge yet for Johnson. But there are plenty of stars waiting in the wings, and another deadly rotation is poised to be unleashed by Ohio State.

The return of Jonathon Cooper provided a significant boost to the unit for a number of reasons, starting with his leadership but including the fact that a healthy version of the senior can be a legitimate weapon for the Buckeyes. The high-ankle injury in training camp zapped his strength and kept him from showing off what by all accounts had been a tremendous offseason of growth for him last year, but now he’s got a chance to build on top of that with a clean bill of health. 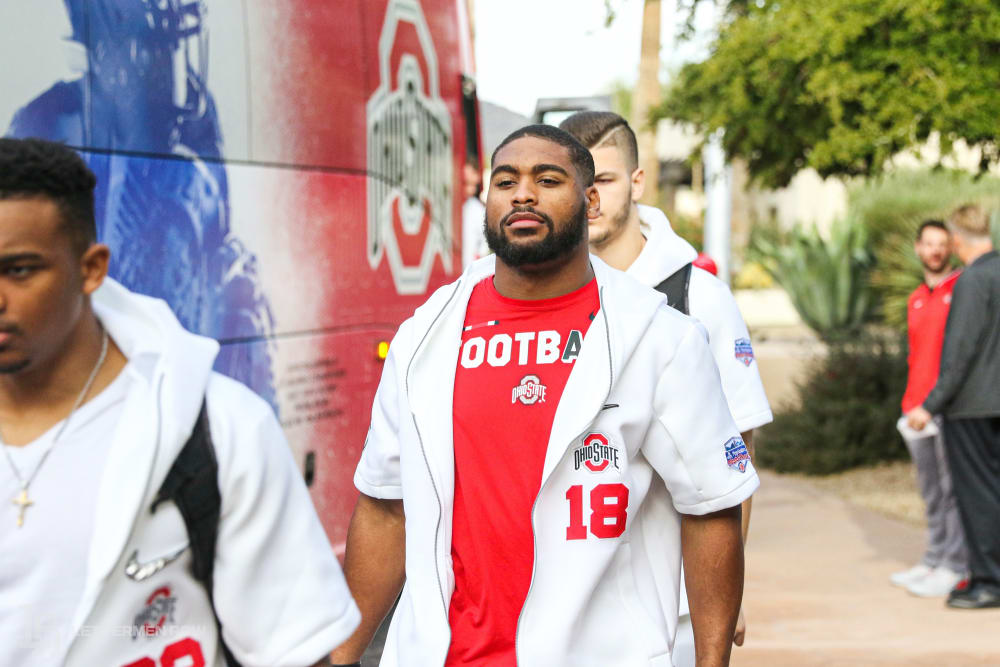 Ohio State defensive end Jonathon Cooper is back for one more season with the Buckeyes. (Birm/Lettermen Row)

Add in the rapid rise of Zach Harrison, the elite potential for Tyreke Smith now that his own injury issues should be in the rearview mirror, flashes of big-time ability from Tyler Friday and the intriguing possibilities with Cade Stover, Javontae Jean-Baptiste and Noah Potter and there’s no doubt the stable is full for Johnson on the edge.

The depth isn’t quite as overflowing on the interior, so replacing DaVon Hamilton, Robert Landers and Jashon Cornell might actually be more of a test for the Buckeyes. After a developmental year and then having last season derailed by a shoulder injury, there will be plenty of eyes on former five-star recruit Taron Vincent heading into spring practice. It’s possible he could jump right into the starting lineup alongside Tommy Togiai, with Haskell Garrett potentially giving Ohio State another trio to lean heavily on inside and Antwuan Jackson pushing to expand the group.

It wouldn’t be a surprise if Johnson also went back to his bag of tricks, borrowing from end to help bolster the three-technique position on the interior with more of a pass-rushing threat. Looking at his options to carry on the recent tradition of Dre’Mont Jones or Cornell, Friday might make sense as a swing guy capable of sliding down if necessary.

Either way, Larry Johnson has more than earned the benefit of the doubt that he will get it right. And he obviously isn’t dealing with an empty cupboard, so there should be no concerns coming from Ohio State that the Rushmen are in danger of a drop-off any time soon.