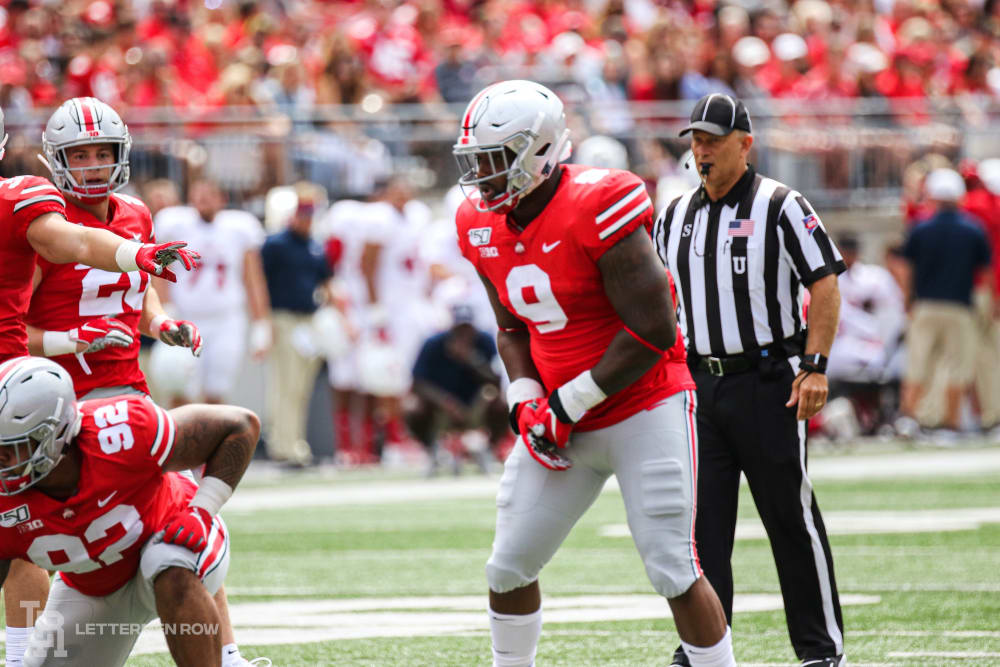 COLUMBUS — Jashon Cornell was just getting comfortable with his inside role for Ohio State.

Then six days before the season opener, a veteran who has spent his career getting shuffled around the defensive line found himself moving again.

As a selfless teammate, Cornell had no problem making the switch it was what the Buckeyes needed from him — which they certainly did with three defensive ends dealing with injury heading into last week’s win over Florida Atlantic. But it also probably helped just a little bit that he was aware it would be just be a temporary relocation.

With Cornell expecting to be back as a three-technique tackle on Saturday against Cincinnati, all signs are pointing to potentially two of those three edge rushers being back in the Ohio State lineup.

“I wasn’t disappointed, because you can’t be selfish and it’s Next Man Up,” Cornell said after practice on Wednesday. “We’re a family around here. When a guy goes down, you need to help and I’m here for that. I didn’t think about myself — I thought about the team. The team needed me to play defensive end last week, so I played defensive end.”

But where would Cornell pick if he had the choice?

Cornell’s pass-rush ability and size make him just about an ideal candidate for that interior with the Buckeyes, and the buzz for his potential there had been building throughout a solid training camp. He didn’t get to show that in his new favorite position against Florida Atlantic, but he still showed why he’s poised for a breakout campaign in his cameo at end.

Cornell turned in arguably the best outing of his career with two tackles for loss, a sack and a forced fumble in the easy victory over the Owls. And potentially adding Tyreke Smith or Tyler Friday back into the lineup after being limited as game-time decisions last week should provide a major boost for the Rushmen as Cornell slides back to tackle.

“Jashon is a team player,” defensive line coach Larry Johnson said. “He didn’t blink an eye. I tell you what, he did a great job for us, he really did.

“I prefer him back at the three-tech position. My philosophy is the three-technique has to be a great pass rusher, and Jashon brings a different level at that position. So, we’re going to move him back as we continue to go forward.”

After a one-game detour, it looks like Jashon Cornell and Ohio State can now quickly get back to the original plan.

Ohio State defensive end Jashon Cornell was just one of the Buckeyes who met with the media to preview the Cincinnati matchup after practice on Wednesday. Full video interviews with Pete Werner, Thayer Munford, Wyatt Davis, Chris Olave, Baron Browning and Jeff Okudah are available here and on the Lettermen Row YouTube channel.