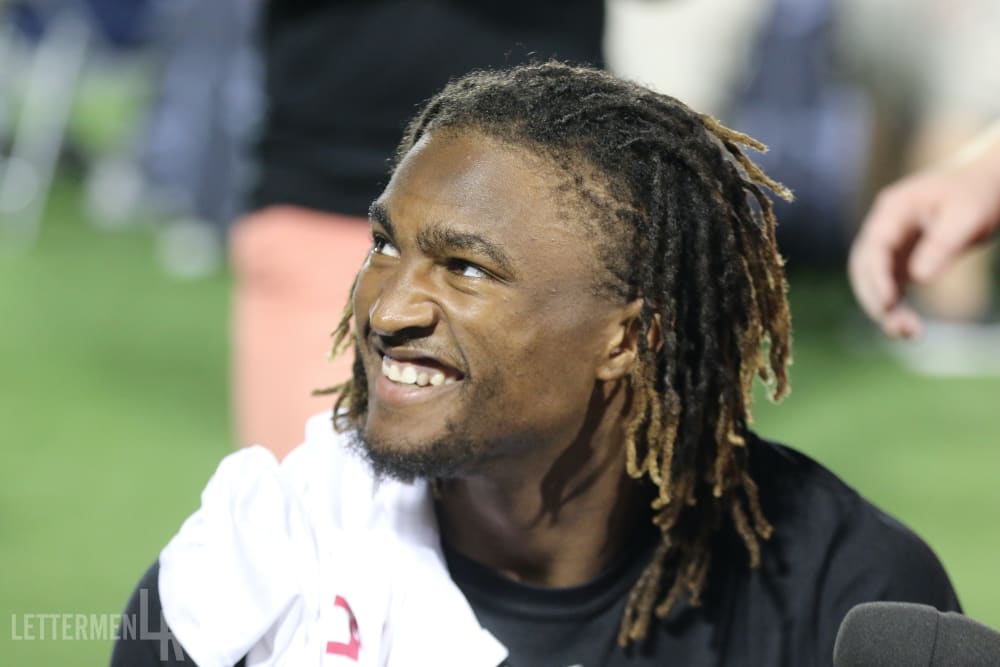 Ohio State defensive back Shaun Wade can line up in multiple spots for the Buckeyes. (Birm/Lettermen Row)

COLUMBUS — There’s a gleam in the eye of Brendon White these days.

They know new defensive coordinator Greg Mattison and new secondary coach Jeff Hafley have big plans in store for them headed toward the season opener against Florida Atlantic a week from Saturday. They’re going to be in the mix, so to speak.

This new defense, featuring the new Bullet position manned by White, or perhaps the classic nickel back manned by Wade, has the chance of being defensive backs-heavy, according to the vibe that was coming out of preseason camp.

Hafley even said “we might have seven [defensive backs] out there” at one time, and he smiled. But was he joking?

Hard to say, just like it’s been hard to pin him down on the simple question who will start in the safety-esque positions of the defense. Because, like at the Bullet, White is considered No.1 at the spot, backed up by Jahsen Wint, whose rise through the spring and preseason has been remarkable, considering the purgatory he found himself in after a lackluster season a year ago. 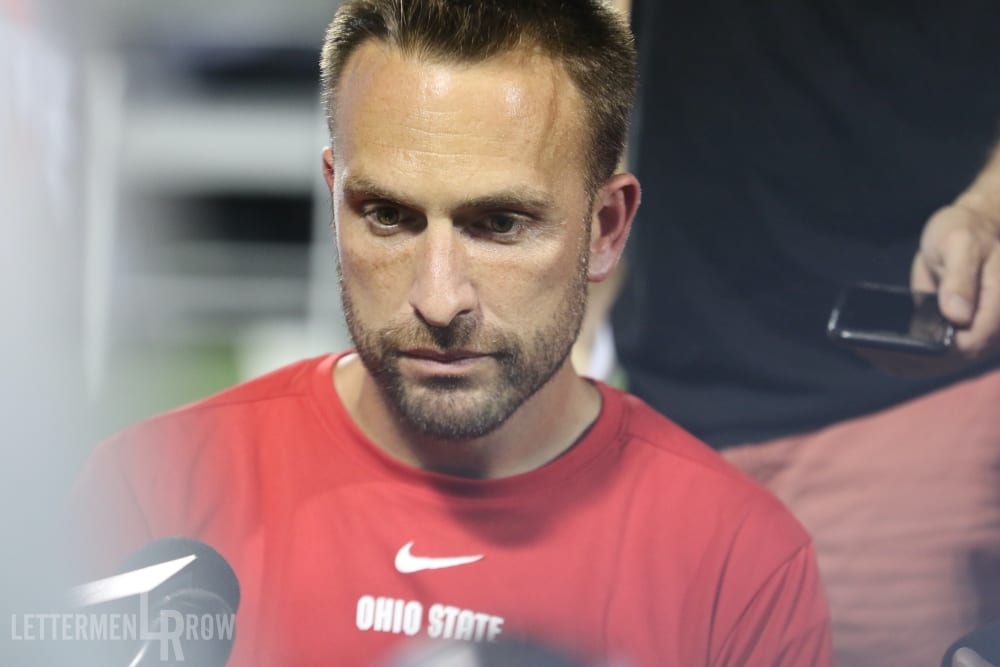 Hafley made no declarations as he discussed the possibilities this past week. Personnel calls will be contingent on what the Florida Atlantic offense offers.

“What personnel are they in? Who do they have on the field? How athletic is the tight end?” Hafley said. “Who’s the slot receiver? Who’s the quarterback?

“There’s a lot that goes into that. And by no means am I avoiding your question, but the guy who starts on the first play might not be in on the second play, you know what I mean?”

Offensive substitutions from play to play, the down and distance, the field position – of course those factors will figure into the defensive personnel package call.

“I think they’re both starters, and that’s the truth,” Hafley said of the White and Werner conundrum. “I’m not saying that so they’ll read it and know. That’s the truth. They’ve earned the right do that. Just like Wint has done the same thing.”

“The thing that we have is a Sam [strongside] linebacker that is very, very athletic and very, very fast,” Mattison said. “So, we have the Bullet position, it ends up being a way for us to have great depth at the Sam position. You could have him — they could be interchangeable but the Bullet position has been very good for us.

“It gives us a lot more flexibility to be able to play a lot of different positions, and you know, the young men that have done a good job of that is Brendon White has done a really good job of that, and Jahsen Wint.”

The use of Wade will be contingent on similar assessments from Ohio State. He grew more and more effective as the nickel back as last season developed, and he is still in that role due to the return of cornerbacks Jeffrey Okudah and Damon Arnette.

“It’s who are we playing? Who do they have? What’s our best matchup? Let’s put our guys in the best position to win with those matchups, and then let’s go play. And then we have guys who can rotate in, you know? We’ve got talent.”