Connect with us
Ohio State struggled in the first half. (Birm/Lettermen Row)

COLUMBUS — Ohio State was well aware of the problems as it made its way to the locker room at halftime.

And when the Buckeyes came back out, they clearly had them fixed as the energy returned, the missed tackles disappeared and Wisconsin was bottled up for a scoreless second half in the Big Ten title game.

But as the margin for error gets smaller heading into the College Football Playoff, it’s just as obvious that Ohio State can’t afford to have any more sloppy defensive stretches like it did against the Badgers — especially given the talent that will be on the other side of the ball in the Fiesta Bowl against Clemson.

The good news for the Buckeyes is that what happened on Saturday at Lucas Oil Stadium for the first 30 minutes was completely out of character this season. The bad news is that there were a few reminders of the unit that struggled so mightily last year, which highlights just how important it is for the Silver Bullets to fight off any complacency to meet their high standards.

“I think we just had to go back in and refocus,” Ohio State defensive end Chase Young said. “Just do the simple things like tackle, do our assignments. Coach [Ryan] Day, he just kept saying: ‘Just keep swinging.’ 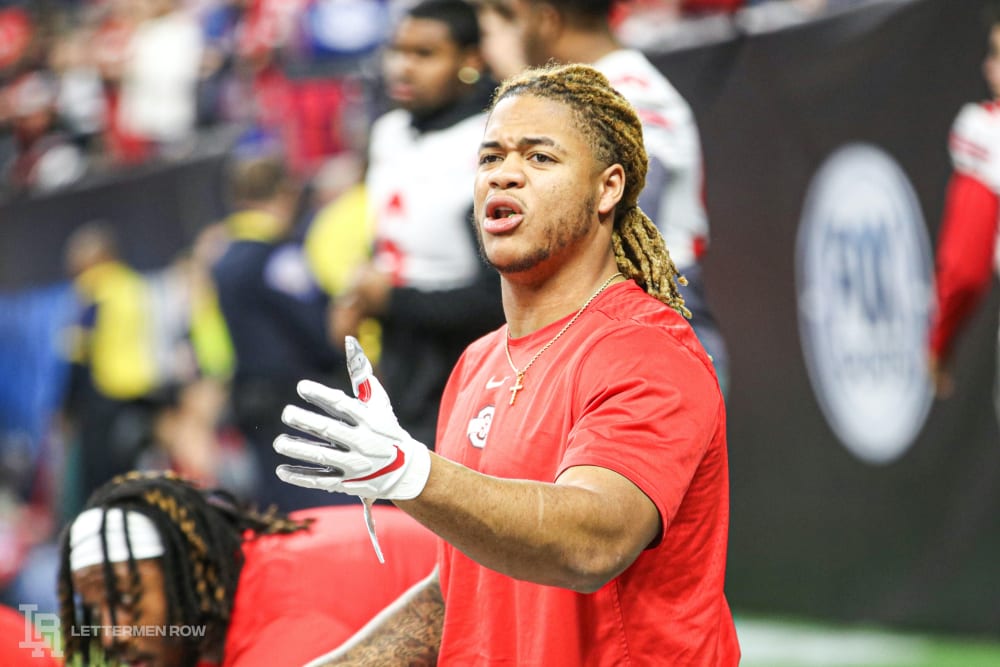 The Buckeyes can’t ask for anything more than that from the defense. And the challenge isn’t going to get any easier against Clemson in the College Football Playoff semifinals, and another elite tailback and solid offensive line is on deck for Ohio State.

Wisconsin might have provided something of a blueprint for how to attack co-defensive coordinators Jeff Hafley and Greg Mattison, although that plan did only work for a half. Eventually the leaks were all plugged by the Buckeyes, though it’s a safe bet it will be breaking down exactly how they popped open in the first place as they return to the practice field this week.

What problems popped up for the vaunted Ohio State defense in the Big Ten championship game? How can the Buckeyes correct those breakdowns in the first half of the win over Wisconsin to make sure they don’t happen again in the Fiesta Bowl? Where is there the most room for improvement? Former Ohio State captain Zach Boren returned to the Lettermen Row film lab to break it all down and answer those questions in the latest episode of BuckIQ.