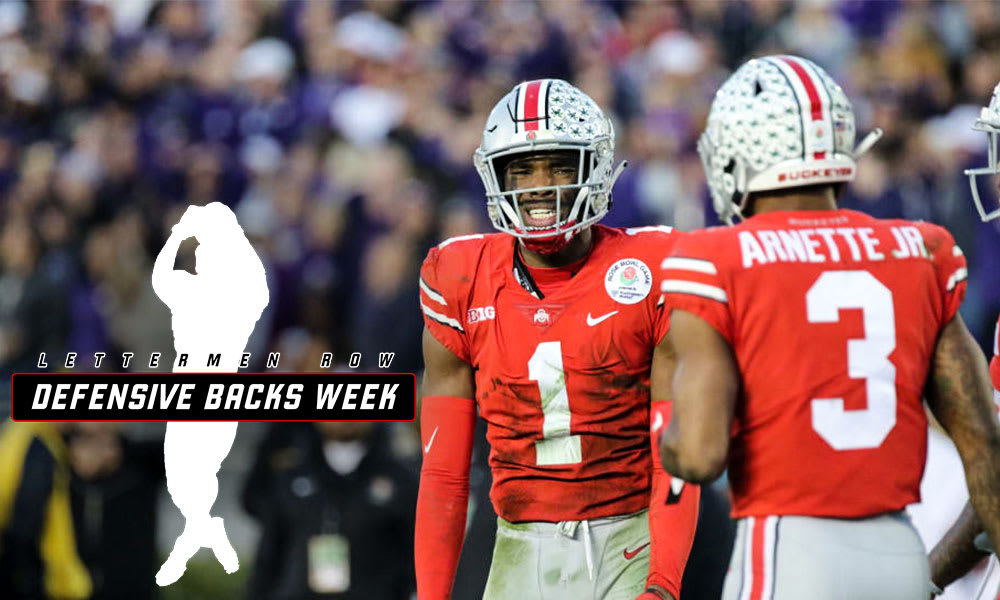 Ohio State is in great shape at cornerback with Jeffrey Okudah and Damon Arnette returning for the Buckeyes. (Birm/Lettermen Row)

The speculation, debate and conversations about Ohio State never end, and Lettermen Row is always ready to dive into the discussions. All week long, senior writer Austin Ward will field topics about the Buckeyes submitted by readers and break down anything that’s on the minds of the Best Damn Fans in the Land. Have a question that needs to be tackled, like the one today about the strength of the secondary at Ohio State? Send it in right here — and check back daily for the answers.

The debate is never going to end, but there are few legitimate contenders to the DBU throne that can compare to what Ohio State has on the resumé. It’s almost impossible to come to a consensus on which Buckeyes would make up the program’s all-time secondary like this attempt, a tribute to the remarkable amount of talent and development the school has seen at defensive back.

There was a slight hiccup last season, though. It shouldn’t overshadow the mind-blowing string of first-round picks that preceded the struggles a year ago, especially since the early defections every offseason eventually caught up with the Buckeyes and contributed to the problem. But in this time of short-attention spans, what happened last season certainly dinged the perception of the B.I.A. (Best in America) unit.

Ohio State can reclaim that title quickly, though, and new co-defensive coordinator Jeff Hafley inherited an almost comical embarrassment of riches for his first season in charge of the secondary. Every starter is likely going to be an NFL Draft pick, there are elite recruits coming off the bench and Hafley also arrived with a proven track record of tapping into potential for defensive backs. 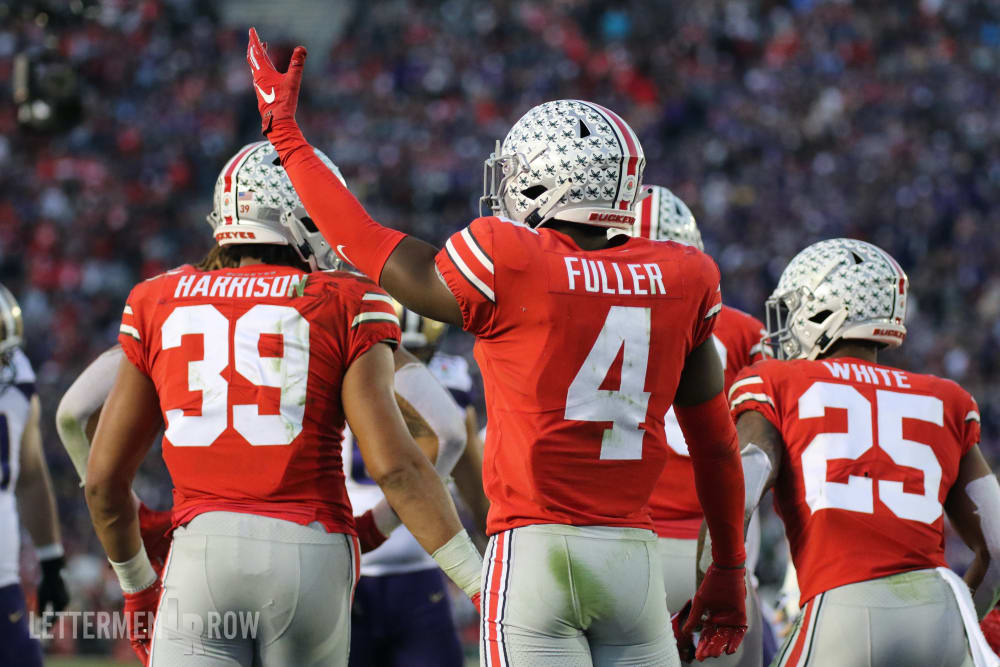 Ohio State safety Jordan Fuller will return for one more season with the Buckeyes. (Birm/Lettermen Row)

The Buckeyes were probably due for a bounce-back season no matter what thanks to all the experience returning on defense. But freshening up the scheme, bringing new techniques to the practice field and absorbing Hafley’s energy should speed up that process. That could be a scary thought for opponents trying to throw on Damon Arnette, Jeffrey Okudah and Shaun Wade at cornerback with Brendon White and Jordan Fuller patrolling at safety.

“They’ve done a great job recruiting here, they have,” Hafley said. “Whether it’s a four-star, five-star, three-star, they’ve got good players. I’m very grateful for that and I’m excited to coach those guys. I can’t wait for training camp.

“I just try not to think [about last year], because then I’m kind of judging somebody for what they had done without knowing what they were told to do. Again, I’m not knocking anything that happened, because I know those were really good coaches. So, I gave guys a clean slate, we started the workouts, the Mat Drills, then we got into some fundamental drills and some spring football, so I just went from there. I’m very excited.”

The talent in reserve has the Buckeyes even more fired up about the future. But it’s the short term they’re going to be judged on, and Ohio State has more than enough to once again put the best secondary in the country on the field.