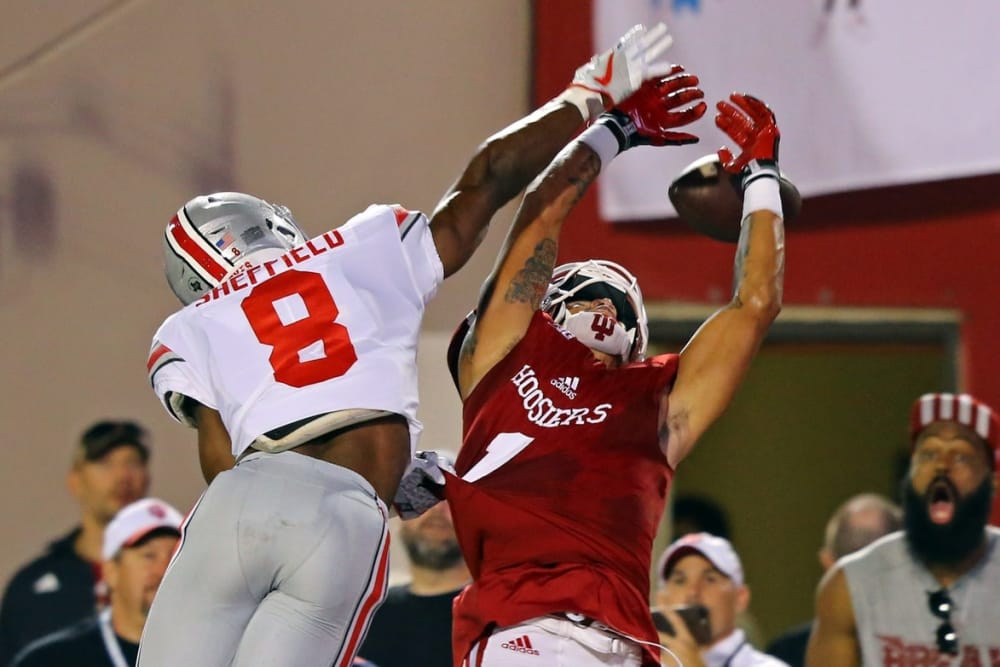 Kendall Sheffield has emerged as yet another potential first-round draft pick at cornerback for Ohio State. (Aaron Doster/USA TODAY Sports)

Who are the 1st 4 DB’s to trot onto the field vs Oregon State?

First of all, the rotation at cornerback isn’t going anywhere for Ohio State, particularly with so much talent overflowing at that position. And there’s a chance that a team that already likes to consider five guys as starters in the secondary might also have an extra body at safety that it considers part of the top line on the depth chart. But this is a specific (and fair) question, so let’s look at just the traditional group of four that could be projected to handle that opening snap against Oregon State.

There are two no-brainers, so the Buckeyes are already halfway there assuming there are no health concerns that pop up during the offseason or in training camp. With Kendall Sheffield returning for another season at cornerback after getting better seemingly every week last year, Ohio State once again looks like it has another potential first-round draft pick in the pipeline to lock down one side of the field. And Jordan Fuller has not only emerged as one of the top returning safeties in the country heading into the fall, he’s also taking on a more important leadership role with the Buckeyes to make him every bit as valuable for the program even when he’s not patrolling the backend of the defense. 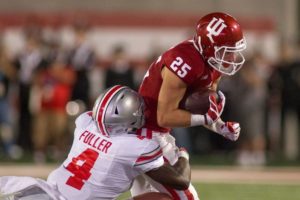 Jordan Fuller could be one of the most important members of the Ohio State roster this season. (Trevor Ruzkowski/USA TODAY Sports)

From there, though, it might get a little more interesting for Ohio State as it weighs the options in August. Damon Arnette seems to consistently get overlooked in this discussion, but he is experienced and has proven more than capable of playing a prominent role and will continue to be a factor for the Buckeyes. Keeping a healthy Jeffrey Okudah on the sideline for the first play of the year, though, might wind up being a significant challenge. The sophomore missed time in the spring after having shoulder surgery, but that hasn’t slowed down any of the hype around his enormous potential — which has only picked up since he was unexpectedly pressed into action in the dominant throttling of USC in the Cotton Bowl. Both of those guys are going to play a healthy dose of snaps, there is no question about that. But the upside of Okudah seems like it could trump the experience and push him ahead of Arnette.

As for the spot alongside Fuller, the Buckeyes pointed to that as perhaps the team’s top concern when it wrapped up spring camp. But if that’s really the case, then life is pretty good in the Woody Hayes Athletic Center since it has one option in Isaiah Pryor who seems ideally suited for what Ohio State needs in the position and a couple other candidates who can push the sophomore for playing time. Plus, since the Buckeyes wrapped up in April, they’ve welcomed Josh Proctor to campus, giving them one of the nation’s best recruits at the position to throw into the mix when practice resumes in a couple months. Pryor remains the odds-on favorite to complete this foursome of defensive backs when Ohio State steps on the field for the first time — but it’s important to remember that doesn’t mean there won’t be other “starters” ready to come in for second down.

Which Buckeyes are ready to be Ohio State captains?
Vegas not feeling the Buckeyes? Bovada has Ohio State over/under win total projected at just 9.5