COLUMBUS — Consider the situation before making a judgment about the Ohio State defense.

So, if Ohio State had known it was going to just give up 26 points to the Nittany Lions, it probably would have felt pretty good about its chances of taking control of the Big Ten race, right? And so even if there are still clearly things to work on, it also stands to reason that there wouldn’t many reasons to panic about the Silver Bullets after coming back from Happy Valley with a massively important victory that prominently featured key defensive stops in the fourth quarter.

“With all due respect, we went on the road twice, against TCU, a top ten team on the road and Penn State on the road,” Ohio State coach Urban Meyer said during his weekly press conference. “I don’t know any school in the country that did that this year. We walked away with wins. Also we lost one of the top football players in America on defense [in Nick Bosa].

“We’re just coaching our tails off to make the guys better. Young players have to contribute. The ceiling here is — we don’t have time [to worry about it]. We are just working on what we have to worry about.” 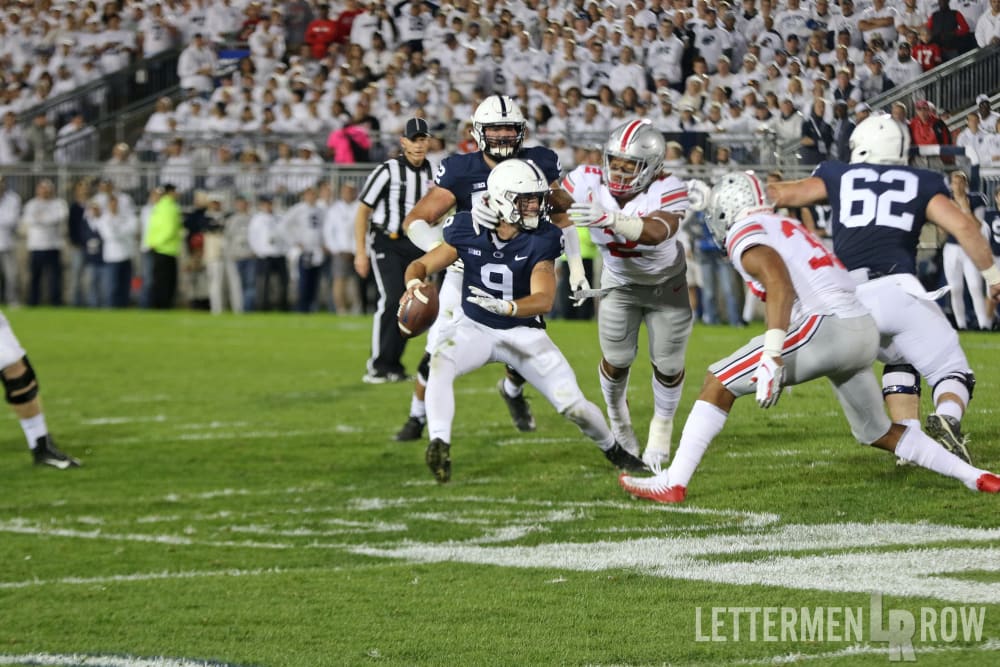 Clearly that still includes cutting down on the explosive plays that have plagued Ohio State all season. There is no hiding from the fact that the unit has given up two touchdowns that covered 93 yards each and was also burned for scoring runs in the opener against Oregon State that went for a combined total of 158 yards.

Obviously that isn’t up to the high standards for the Buckeyes. It’s a weakness that absolutely must be addressed if Ohio State is going to win a national championship — but it’s also clear that the defense has enough talent and determination to get the job done when the stakes are highest.

Former Ohio State linebacker Zach Boren was back in the Lettermen Row film lab to break down both the rough spot and the incredible play calls and execution from the final defensive drive that sealed the victory on Saturday against Penn State. How much improvement is evident? How much is there still to go? Boren dives into it all on the latest episode of BuckIQ.

Ohio State: Even after breakout, Chase Young still ‘not close’ to potential
Ohio State: What did offense learn, how will it evolve against blitz pressure?
Advertisement