Connect with us
The Ohio State run defense was remarkable against Jonathan Taylor and Wisconsin. (Birm/Lettermen Row)

COLUMBUS — There is really no way to understate what has happened over the span of just one year for the Ohio State defense.

With almost entirely the same personnel, the Buckeyes have gone from the worst unit in school history to quite possibly the most dominant group in the country — with dozens of statistical categories that could help make that case.

What was a comical rush defense a year ago has become an almost unmovable force. An already dangerous pass rush has ramped up to change the game almost any time a quarterback drops back to throw. The secondary has reclaimed the Best in America status, and all of it has added up to the most stingy scoring defense in the country allowing less than eight points per game.

So, is this a terrifying defense for opponents like Maryland on Saturday at the Horseshoe?

“I hope so — that’s the goal,” Ohio State defensive tackle Robert Landers said with a laugh. “I can’t speak for those offenses, but I know defensively we try to be as hungry as we possibly can be and we try to display that through our play. 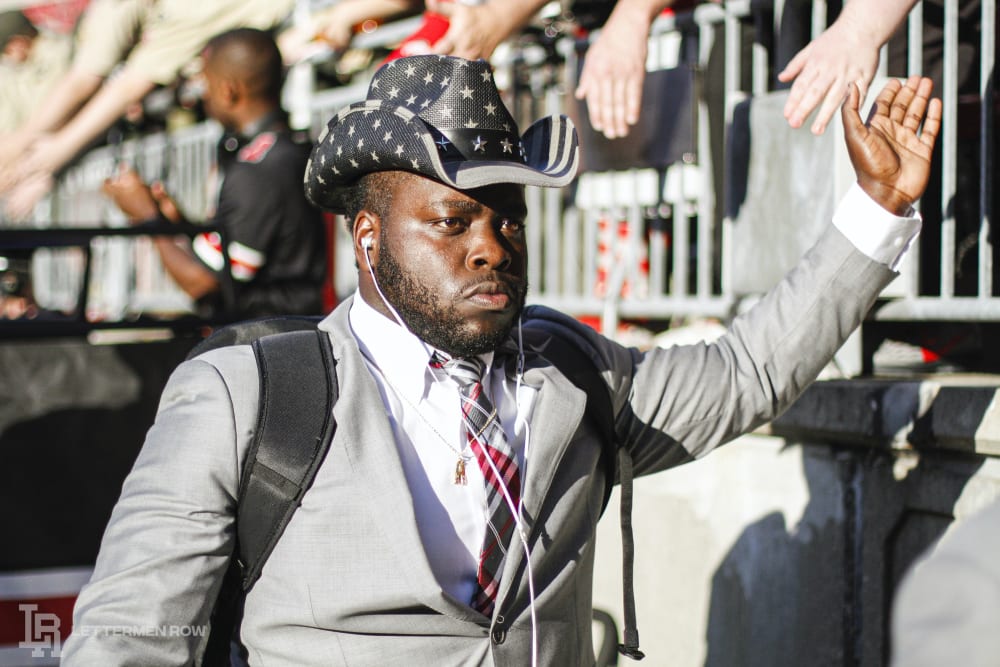 “I feel like we have the potential to be the best defense in the country. Right now, we’re just taking it day by day. After going back and watching the film, there were still a lot of things that we need to work on — which is a good thing and a bad thing. It just shows there’s a lot of room for growth and improvement. We showed glimpses of the potential that we have. But I don’t feel like we are at our peak yet.”

The Buckeyes can still get better just with healthier personnel, with key linemen Jonathon Cooper and Tyler Friday still nursing injuries, cornerback Damon Arnette playing with a cast on one hand and linebacker Baron Browning working back to 100 percent after suffering a minor injury in October.

But Ohio State has been just fine with its Next Man Up mentality, rolling through the depth chart and getting contributions from almost every spot that would have been almost unthinkable a year ago. And while the renovated coaching staff deserves plenty of credit for the turnaround, it’s the holdover Buckeyes on the field who are taking it to the field and executing at the highest level of their careers — and better than anybody else in the sport right now.

What is allowing the Buckeyes to thrive against the rush? Are there any weaknesses for the Ohio State defense heading into the stretch run? Just how impressive has the rebuild been for the Silver Bullets this season? Former Ohio State linebacker Zach Boren was back in the Lettermen Row film lab breaking down the defense and trying to answer those questions in the latest episode of BuckIQ.