Connect with us
Loading the player...
Ohio State co-defensive coordinator Greg Mattison will work from the press box this year. (Birm/Lettermen Row)

COLUMBUS — Tuf Borland remembers the first start of his career at Ohio State just like he recalls what he just had for breakfast today.

“It was 2017, after the Army game, split some time with Chris Worley,” Borland said of that September matchup against UNLV in Ohio Stadium his freshman year, a week after he’d been named defensive player of the week in the win over Army. “Yeah, can’t really forget it.”

So he knows how massive Saturday’s long-awaited season opener against Nebraska in Ohio Stadium will be for the majority of his defensive teammates. A year after fielding one of the elite defenses in the nation, the Silver Bullets have reloaded with four new full-time starters up front, a new fulltime starting linebacker Baron Browning on the strong side, and three new starters in the secondary. Heck, even the one returning starter back there is in a new spot with Shaun Wade flipping from slot cornerback to one of the out-on-the-edge fellows.

Just exactly what lineup will take the field remains to be seen, but roughly it’s expected to be Zach Harrison, Tommy Togiai, Antwuan Jackson and Jonathon Cooper up front; Borland, Pete Werner and Browning as the linebackers; and Wade plus Sevyn Banks or Cam Brown on the corners, with Marcus Williamson in the slot; and either Josh Proctor or Marcus Hooker at safety. 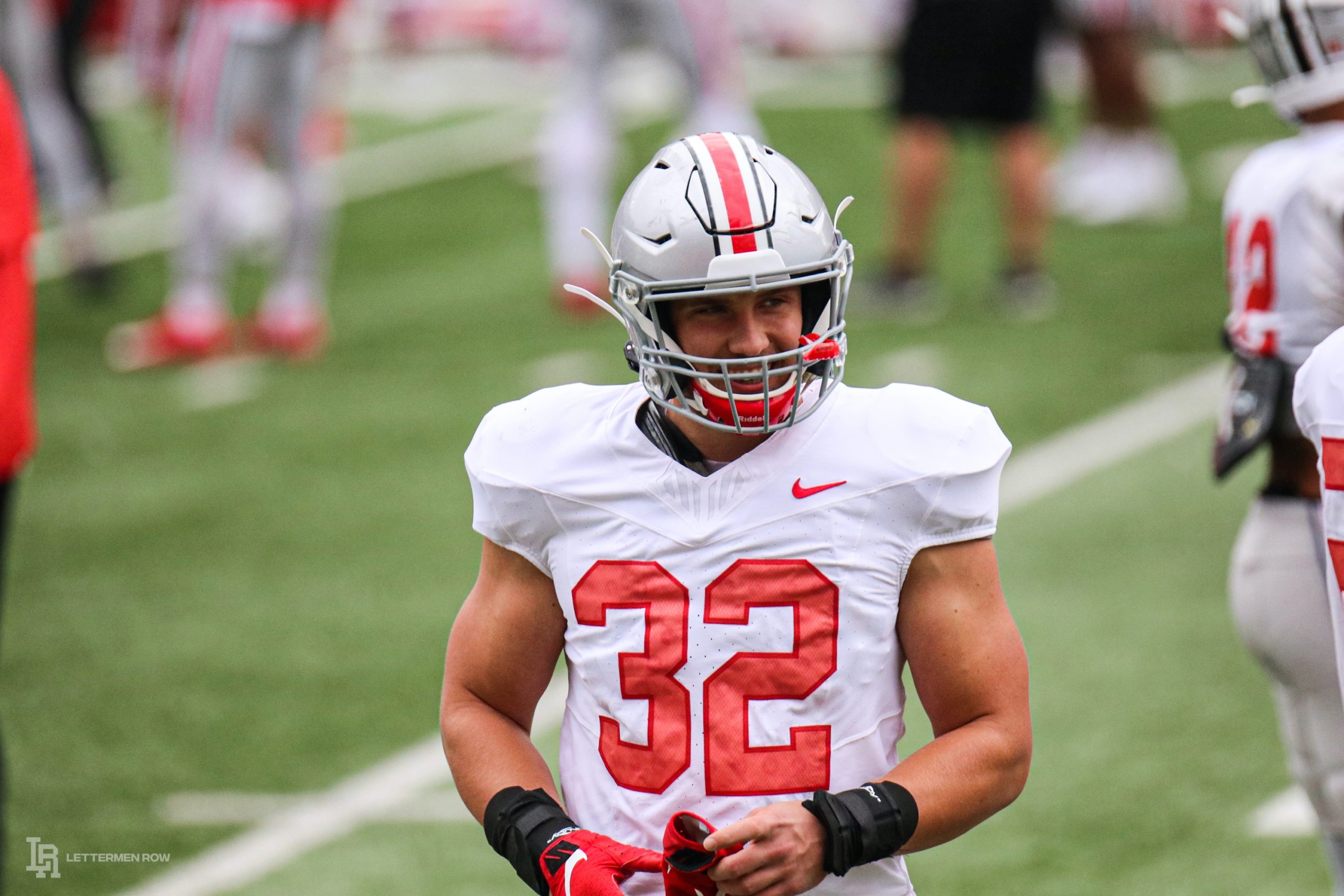 They will all likely experience what Borland felt back in 2017 when suddenly it was his turn to be accountable from the start — even if, unlike for him that day, all of them have been in the program for a while.

“I was nervous, I was anxious, it’s something you obviously never experienced before, and [will be] something that will be completely new for those players,” Borland, the second three-year captain in school history, said. “But you can always fall back on the work you’ve put in and the preparation.

“When you’re completely homed in on the details of what you’re doing and you know you’re opponent, you just have the utmost confidence in what you’re doing. Because that’s really what takes you home when things look a little different than what you’ve seen on film, you just focus on the visual keys and play from there.”

Williamson, a senior from Westerville, has played each season since he first showed up in 2017, including in all 14 games last year. But most of that duty has been on special teams.

“I’ve been preparing for this moment for a while, envisioning it, and it’s brought me a sense of comfort right now, just my training and practicing,” Williamson said. “And of course, just being out there with my teammates, playing with such great guys, top to bottom – you look at the defensive line, the linebackers, guys we have in our secondary that can really play. 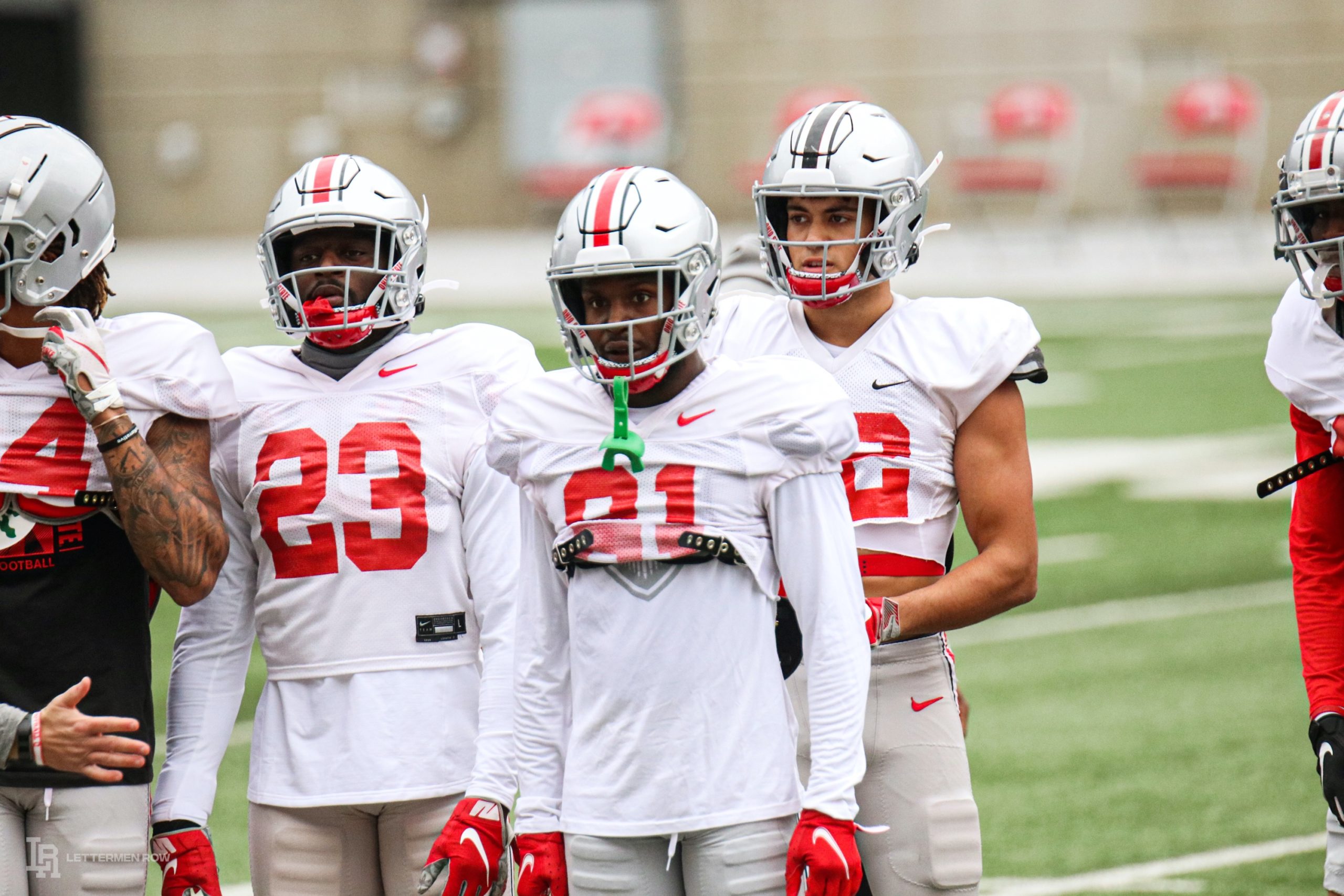 Ohio State cornerback Marcus Williamson will have an expanded role for the Buckeyes. (Birm/Lettermen Row)

“So when you’re out there with guys like that, it’s hard to be nervous. You just trust them so much, and they trust you to do that job.”

They will be facing a creative offense in Nebraska, though, led by a dual-threat quarterback in Adrian Martinez whose capable backup Luke McCaffrey is also elusive. It’s an offense that demands even a veteran defense be on its toes. It seems like that would at least make the Ohio State defensive coaches nervous when fielding a starting lineup with so many new faces.

“An opener is always a great challenge, and they are a very good football team,” Ohio State co-defensive coordinator Greg Mattison said. “All I go by is what our players have done, what they do every day, how they have fought against this Covid and what they’ve done to make sure they could play in this game.

“And so I’m very optimistic, because when you get a team of young men that sacrificed and worked like they have, then that’s a special group. And we’re looking for great things from them.”

The proof, however, is in the playing.

“There’s been so many practices, and what really matters is how they play on the field,” Buckeyes coach Ryan Day said. “But I’m really impressed with the way the linebackers, just as a whole unit [of veterans], have done a great job of communicating, diagnosing plays, seeing things, running to the football, and they’re just a very professional group of guys in my opinion.

“So I would say right now that’s probably the strength of the defense. But both of the other groups are working really hard, the D line and the back end, those units are getting stronger every day, so I’m fired up to see what this looks like on Saturday.”

Williamson said he and his teammates understand the responsibility. As he put it: “Every year we’re trying to chase that standard of excellence that has been set long before any of us have been here.”