COLUMBUS — The level of competition is obviously about to jump significant, but the last tuneup for Ohio State before heading to Penn State actually provided some unexpected benefits.

Thanks to the mobility at quarterback for Tulane and some complex rushing schemes that required strict attention to detail, the Buckeyes wound up getting something of a head start preparing for the unique ways Trace McSorley and the Nittany Lions can stress a defense.

Of course, nothing truly compares to the real thing. But combined with Ohio State’s previous experience against the dual-threat Penn State star and the chance to get a couple live reps that offered at least a decent simulation of his ability, the Silver Bullets should be nothing if not prepared.

“Obviously the quarterback’s the guy that makes it go,” Ohio State coach Urban Meyer said. “[Have to] get him down. That’s a big part of this defense … when you’re playing with a quarterback that can run.

“That’s one that has to managed. We’ve had a lot of yards around here over the last years and years and years because of having that ability to do that. So, that’s a real threat. And that’s something that you have to game plan for.” 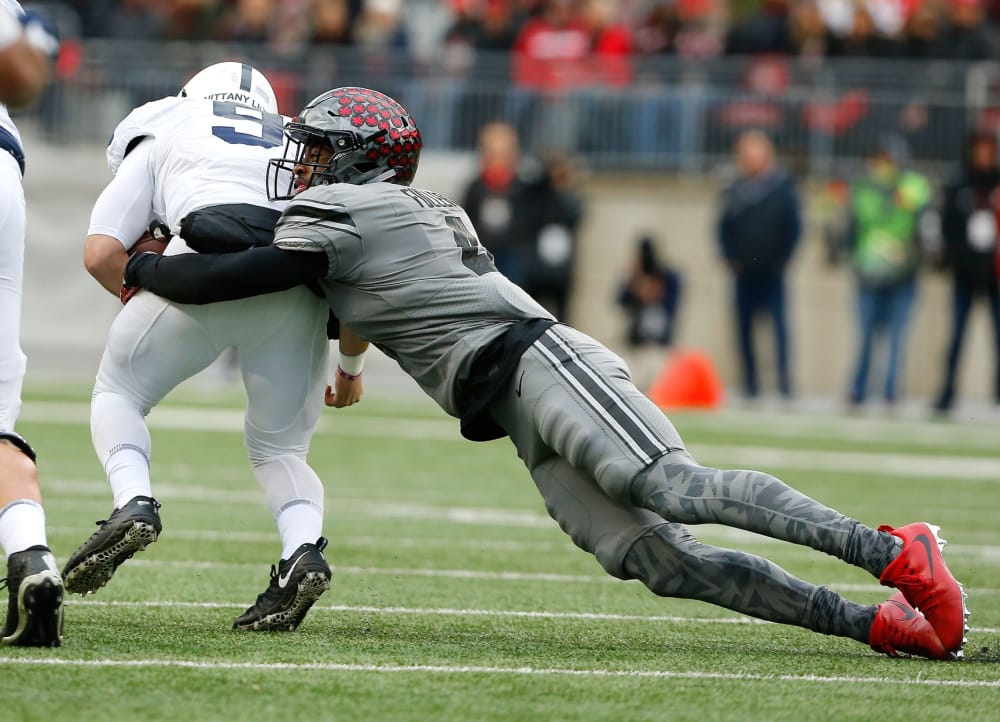 The Buckeyes have had some occasional issues allowing explosive plays early in the season, and that has been perhaps the primary concern for a team with national-title aspirations.

Penn State is the only team in the country averaging more points per game than Ohio State, which certainly makes this a measuring-stick game for the progress of a defense that has worked in a handful of new faces in key positions. On the road in a hostile environment with the stakes at their highest, clearly the Buckeyes would prefer to avoid an offensive shootout with Trace McSorley.

Can they do it? Former Buckeyes linebacker Zach Boren joined Lettermen Row in the film lab for another BuckIQ, breaking down how the defense handled an athletic quarterback in the win over Tulane — and set laying out the challenge waiting in Happy Valley.

Nick Bosa: Ohio State star out for Penn State, but expected back this year
Health of Mike Weber key to overall strength of Ohio State offense