COLUMBUS — There were no appealing choices for Ohio State.

Alabama could run with power. It could throw to elite receivers all over the field. The offensive line was considered the best in the country and there was a wildly efficient quarterback behind the wheel.

So, it’s hard to really know for sure whether the Buckeyes picked poorly when they built the game plan for the national-title game — and even once the blowout loss was over there was still some belief that the issues were more about execution than scheme. Clearly there were also some personnel problems Ohio State had to overcome since it was shorthanded in South Florida. But one thing is for certain no matter what: The Buckeyes didn’t have a defensive answer for the Crimson Tide and will still be doing some soul-searching about it this offseason.

“We did do some different things,” Ohio State coach Ryan Day said after the title game. “We changed up some of the looks and played some two-high [safety looks], which is not something we typically do a lot of. Pressured some more the last couple games. So, I thought we did mix it up a decent amount. But it’s another thing to actually execute it. 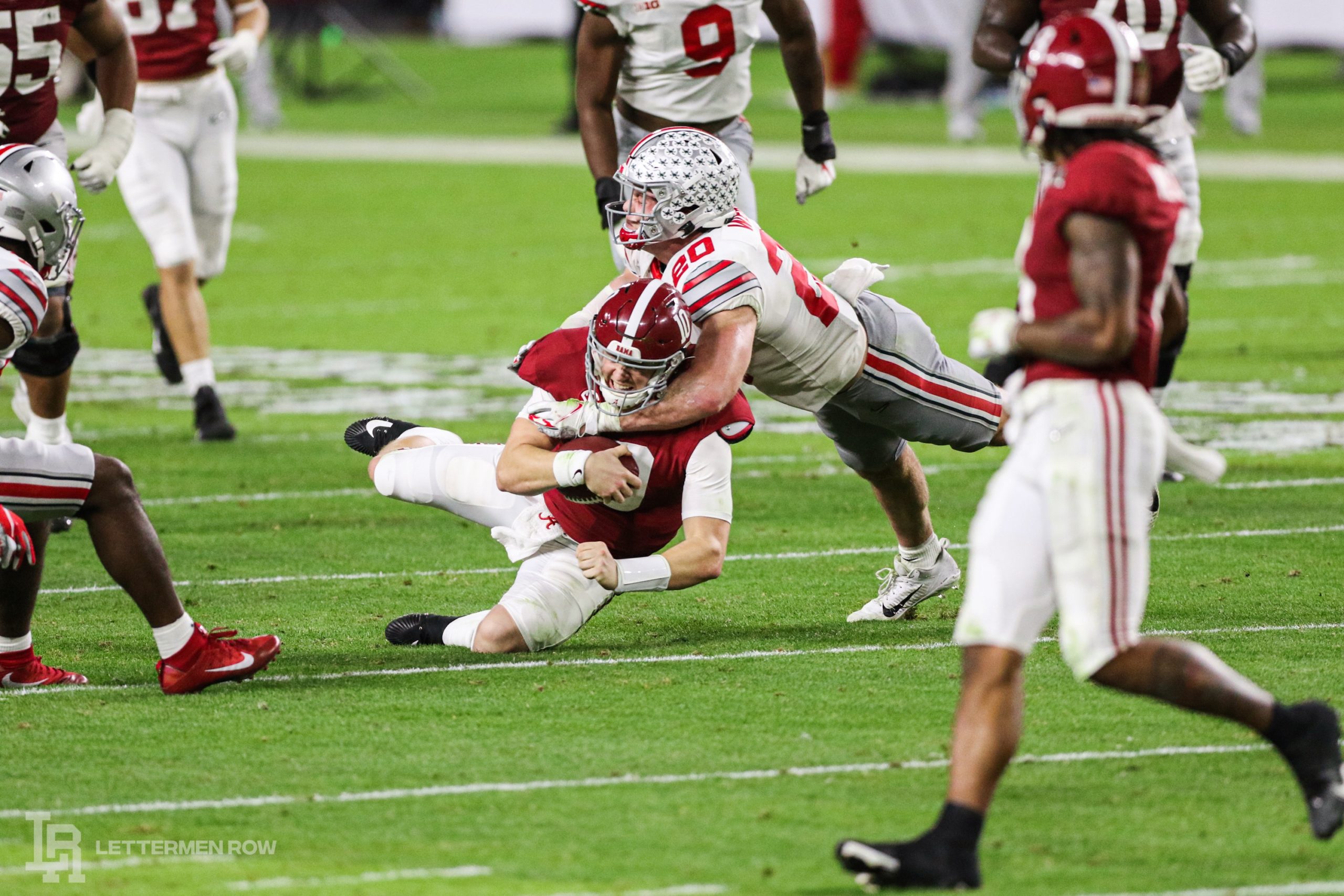 “You know, when you’re playing against elite players, and this is probably one of the better offenses in college football in a long time, the margin for error is tiny. I think it’s probably more the execution. I thought at least in the first half we did a decent job against the run game, and a huge emphasis point was we had to stop the run. And they’re very well balanced, so that’s a challenge when you go against a team like this. But clearly we didn’t hold up well enough in the pass game.”

That wasn’t exactly a new development for the Buckeyes, who finished the season ranked No. 122 in the nation against the pass and allowed three of their last five opponents to throw for more than 400 yards. Ohio State is well aware it didn’t come close to its standards in the secondary and never tried to make excuses for those breakdowns, even though they were readily available given the personnel losses, the pandemic challenges and the transition with a new coordinator.

Assuming a more normal year is coming, the Buckeyes shouldn’t have to worry about any of those particular hurdles as they chase another Big Ten title and try to get back to the title game next season. There’s plenty of time to address it moving forward, and Alabama obviously gave Ohio State plenty to think about.

What happened to the Ohio State defense in the title-game loss to Alabama? How can the Buckeyes address the issues that popped up in the secondary last season? Where can defensive coordinator Kerry Coombs adjust heading into the offseason? Former Ohio State captain Zach Boren was back in the film lab taking a closer look at a few problems in the national championship and answering those questions in the latest episode of BuckIQ.