COLUMBUS — The call to action off the Ohio State bench can come at any moment.

Maybe for a defensive end it will be before the season opener when a senior captain gets hurt. Perhaps for a cornerback, he’ll unexpectedly get tapped into the lineup in the second half against a ranked opponent. Or after a couple solid weeks of practice, the coaching staff might just decide to expand the rotation in a competitive situation to see how a safety responds to the pressure.

No matter how it exactly shakes out, though, the Buckeyes have had plenty of chances to evaluate the next wave of defenders, give them valuable experience for the future — and keep building some impressive depth that can help them right now as they head into the second half of the season chasing another Big Ten championship.

“I mean, we’re trying to play anybody who has earned the right to play,” Ohio State co-defensive coordinator Greg Mattison said. “Our kids in practice, they practice extremely hard. They’ve bought in very, very [well] — to the top as they can. So, when somebody gets a little tired or somebody needs to come off, it’s great to be able to put somebody else in there. Then they step forward. We’re seeing that more and more. 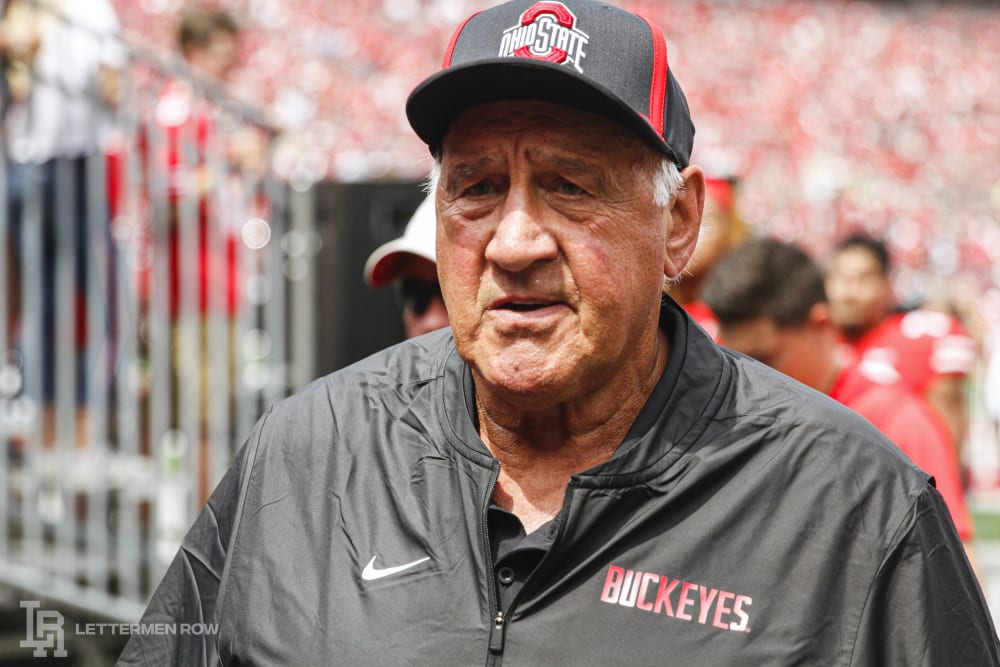 Ohio State co-defensive coordinator Greg Mattison is giving young Buckeyes a chance to show what they can do. (Birm/Lettermen Row)

“We’re all realistic and understand that we have to get better, but I think a lot of our guys are developing like we want them to.”

That process appears to be ramping up for guys like defensive end Zach Harrison, safety Josh Proctor and cornerback Cameron Brown. And all three of them were flashing for the Buckeyes late in the first half of the regular season, generating some momentum during the key off-week, developmental practices and stamping themselves as reliable options if needed.

All three of them and a handful of other reserves are pushing hard for more snaps. And even if they don’t crack into the starting rotation when Ohio State is at full strength, the depth continues to make the Silver Bullets better — both now and for the next couple seasons to come.

How is Ohio State beefing up the depth as the season progresses? What is allowing guys like Zach Harrison, Josh Proctor and Cameron Brown to develop into reliable options for the Buckeyes? Where are the areas of improvement for the youngsters as they start getting meaningful action? Former Ohio State linebacker Zach Boren was back in the Lettermen Row film lab looking to answer those questions and breaking down the Silver Bullets on the latest episode of BuckIQ.