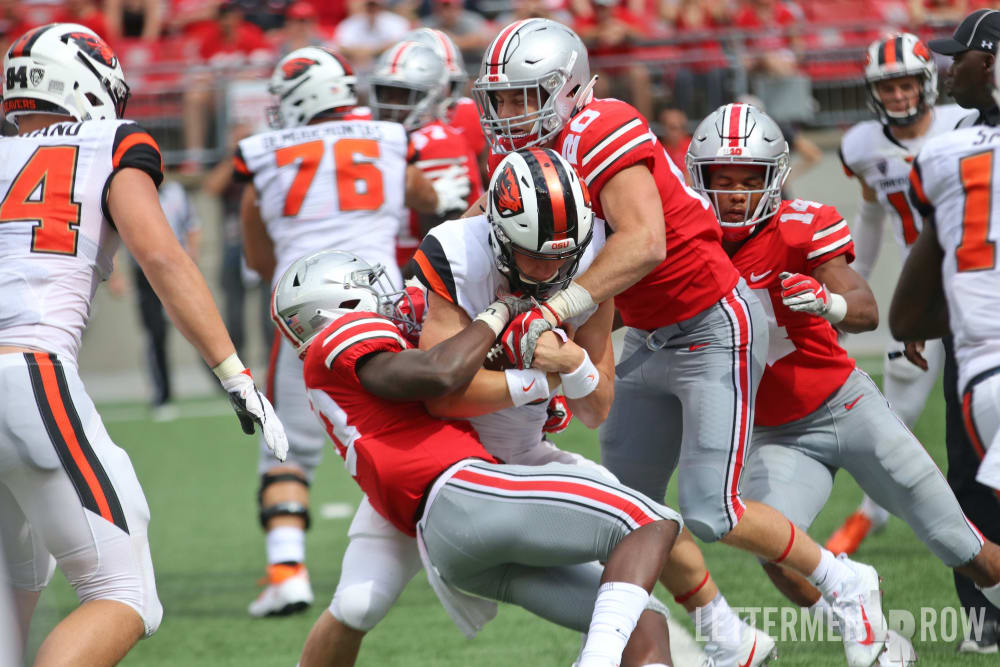 The speculation, debate and conversations about Ohio State never end, and Lettermen Row is always ready to dive into the discussions. All week long, senior writer Austin Ward will field topics on the Buckeyes submitted by readers and break down anything that’s on the minds of the Best Damn Fans in the Land. Have a question that needs to be tackled, like the one today on the Silver Bullets? Send it in right here — and check back daily for the answers.

Were the defensive issues from this week mostly due to poor execution from new freshmen and players who would otherwise not be put in that position against better opponents? Or do we have more to worry about with our starters making bad mistakes? (see also: Iowa, 2017)

Mistakes are going to happen in Week One, that’s just the nature of college football. And a couple extra errors tend to get thrown into the mix when first-time contributors are on the field, which was the case for Ohio State last week at a handful of critical positions. Were there more breakdowns than the Buckeyes were expecting? Certainly.

But there’s no absolutely no reason to expect those issues won’t be fixed moving forward. And considering how much talent there is to work with and the caliber of the coaching staff, it probably won’t even take long to see results.

(Lettermen Row contributor and former Ohio State linebacker Zach Boren took a deep dive into a few of those busts on Tuesday during BuckIQ. It’s really a can’t-miss episode for one of the hottest topics around Ohio State right now.)

It’s important to note right off the bat that Ohio State was largely solid defensively in the blowout over Oregon State, particularly when one of the best players in the nation was on the field and another potential first-round pick was playing alongside him. Removing Nick Bosa and Dre’Mont Jones from the lineup is obviously going to have an impact, and it clearly didn’t help that middle linebacker Tuf Borland was on a limited play count and starting safety Jordan Fuller was held out entirely with a hamstring injury.

Those are four of Ohio State’s most important defenders, and a production drop-off when they aren’t on the field should be expected. In some respects, last week was a calculated risk for the Buckeyes. They need to develop young guys like Tommy Togiai or Haskell Garrett up front, Baron Browning at linebacker and Jahsen Wint in the secondary. And there was always going to be some margin for error against the Beavers, which the coaching staff was surely aware of that when it made the personnel decisions both before and during the opener. 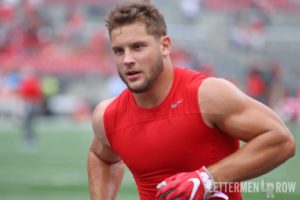 Nick Bosa only played 31 snaps in the opener for Ohio State. (Birm/Lettermen Row)

“For four or five of the guys, that was their first significant action,” defensive coordinator Greg Schiano said. “I think we learned a lot. People always say between Week One and Week Two is when you make your most improvement — and when you’re an awful young unit that even multiplies.

“We need to improve, that’s for sure. That’s not what we want to see out there, but the opportunity is there.”

The silver linings are pretty clear since Ohio State was able to get valuable experience and learning opportunities for a bunch of players without much concern about the eventual outcome against Oregon State. But the Buckeyes also did get some key reminders even early in the matchup about how teams are going to try to attack them, most notably with screens, misdirection and quick throws designed to slow down their ferocious pass rush.

That was plainly part of the plan even with Bosa and Jones on the field, and it dates back to some of the deficiencies that were exposed last year in losses to Oklahoma and Iowa. If anything, that might be one reason for a bit of alarm for the Buckeyes coming out of the opener and with a much tougher test looming next week against TCU.

But for the most part, it’s fair to look at what happened last week and expect Ohio State is only going to improve. So, keep the hands away from the panic button at this point.