COLUMBUS — The same long runs that gashed Ohio State in the opener popped up again in the Big Ten championship.

That, obviously, qualifies as a season-long trend.

The Buckeyes did some things better defensively as the year progressed. And thanks to a high-powered offense and a decent amount of takeaways from the Silver Bullets, the breakdowns that allowed so many explosive touchdowns and the worst statistical defense in school history didn’t cost them a conference crown.

But as Ohio State prepares for both the Rose Bowl and a new era as Ryan Day ascends to take over the program, it’s clear there are serious conversations that need to be had about the future on that side of the ball.

“I have seen great progress,” Ohio State coach Urban Meyer said before the Big Ten title game. “Obviously we took a significant backwards step against Maryland. Other than that, even though Nebraska wasn’t perfect, it was a step in the right direction. Michigan State was a step in the right direction. Then a bad one. We gave some points in the fourth quarter, but I thought against [Michigan], they kept a very talented team in check for most of the night.

“[Some] of the time you’re shocked because you think your practice is great, it doesn’t show up on the field. I’d say we’re batting about 80 percent when I see them practice. But the expectation level is very high.” 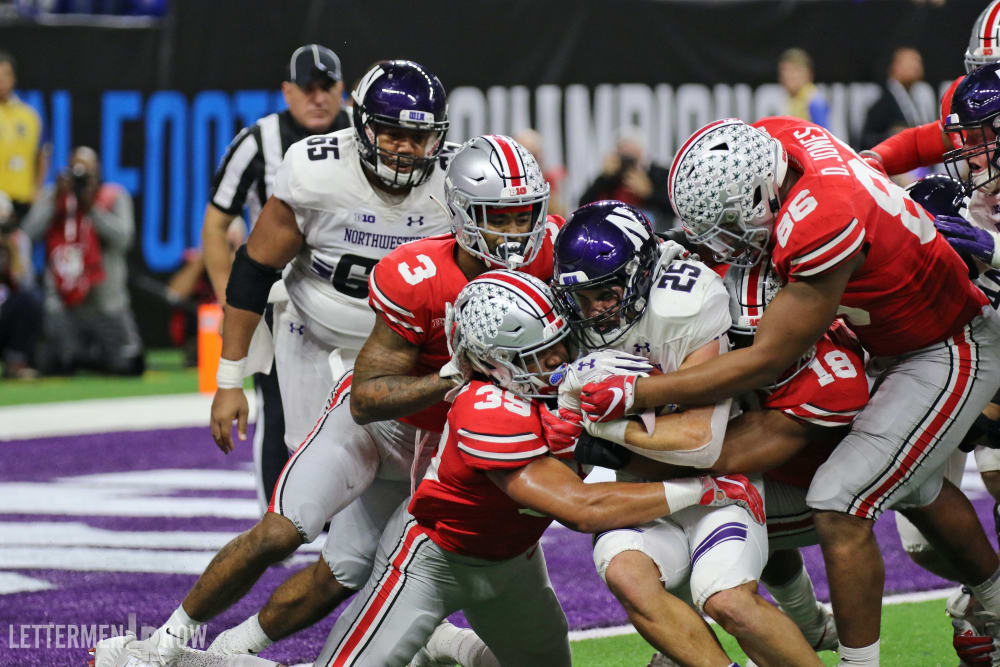 Ohio State showed some signs of progress defensively, but the Buckeyes still were gashed for huge plays in the Big Ten title game. (Birm/Lettermen Row)

Even in another season that should go down in the end as a success thanks to the second consecutive conference crown, just one loss and the trip to the Rose Bowl, there’s almost no way to view the defense as having lived up to the program standard. And that’s going to make the transition as Day evaluates the staff and makes a plan moving forward really interesting come Jan. 2.

Before that, though, Ohio State has one more game with Urban Meyer. And former Buckeyes linebacker Zach Boren returned to the Lettermen Row film lab for his latest BuckIQ to break down what he saw from the defense last week against Northwestern and what it needs to shore up to beat Washington on New Year’s Day.