COLUMBUS — Two snaps are all it takes to tell whether Ohio State is ready or not defensively.

One week, it was a long touchdown hinting that trouble was on the way for the Buckeyes at Maryland. The next it was Malik Harrison flying in for a sack that signaled the Silver Bullets meant business against Michigan.

With a full regular season in the rearview mirror, by now it’s well established that Ohio State has yet to ever truly establish any consistency from game to game on that side of the football. But when the Buckeyes bring their best stuff like they did last weekend in The Game, it’s clear they have more than enough potential to pressure the quarterback, generate turnovers and carry enough weight to balance the offense and make the program a legitimate national-title contender.

And after a couple snaps on Saturday night in Indianapolis against Northwestern, it might be clear by then whether or not the Buckeyes will have that shot in the College Football Playoff.

“We’re making progress,” Ohio State coach Urban Meyer said. “The pass defense is bothering a lot of people [when it is] giving up plays. I thought the rush defense and our linebackers played very well Saturday. Our defensive line, you felt like you kind of controlled the game with the defensive line.

“They’re just making catches on this. And that’s going to be a huge part of this game.” 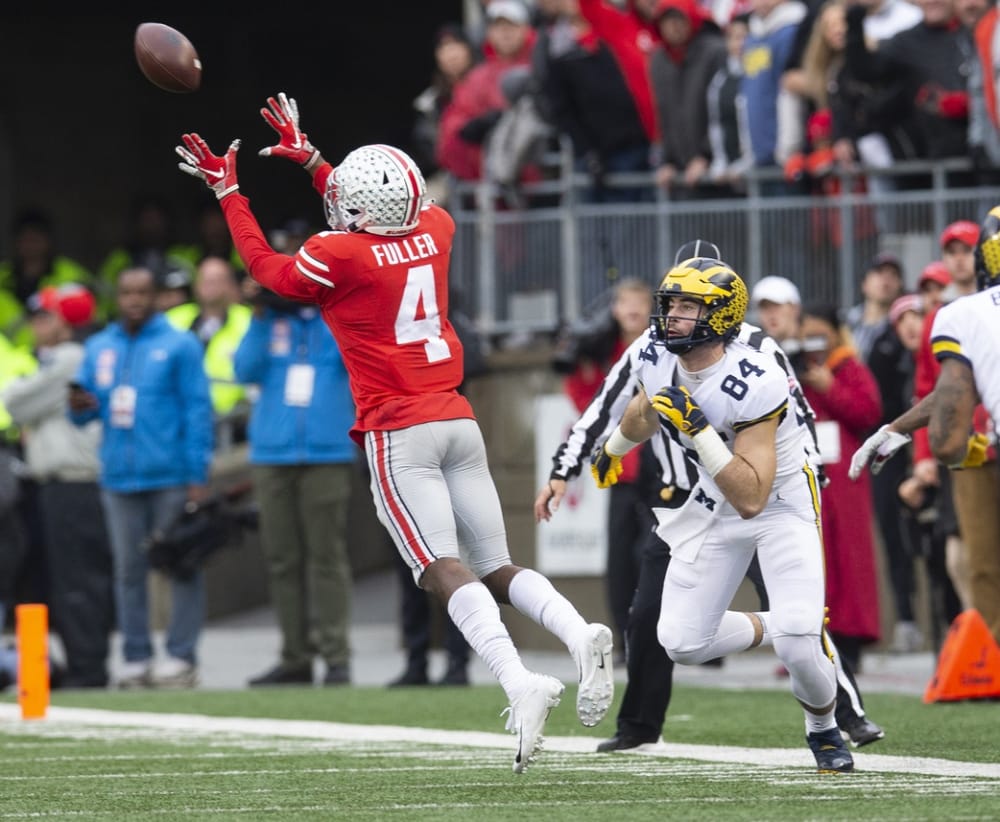 Northwestern hasn’t been much of a scoring threat this season and comes into the matchup having put up fewer points than any team from the Big Ten West Division. But if there’s a strength for the Wildcats with the football, it’s throwing the football.

Ohio State has had some well-documented issues giving up deep shots and struggling with pass interference penalties, and that even popped up again at times against Michigan. Northwestern will surely be trying to test the Buckeyes down the field with a passing attack that finished No. 5 in the conference in yards per game, which will once again put the spotlight on a secondary that has obviously been as inconsistent as the rest of the defense.

But Jordan Fuller and Brendon White both nabbed interceptions in The Game, part of an overall step forward for the defense as the Buckeyes claimed the East crown and moved on to the Big Ten title game in Indianapolis. Former Ohio State linebacker Zach Boren returned to the Lettermen Row film lab to look at the strengths and weaknesses of the Silver Bullets coming off that win and heading on to Indianapolis in his latest episode of BuckIQ.