Connect with us
The Ohio State defense allowed 51 points as the Buckeyes survived against Maryland. Can the Silver Bullets tighten things up before The Game this weekend? (Birm/Lettermen Row)

COLUMBUS — The problems are nothing new at this point for Ohio State.

The Buckeyes give up explosive plays with frightening regularity. They appear to have issues putting together solid game plans and aligning properly. They miss too many tackles.

All of it has added up to a unit that is currently on pace to be the worst total defense in Ohio State history, which is obviously not the kind of record anybody in the program wants to set. But while some of that damage can’t be undone from the rest of the year, the Buckeyes really only need to be at their best for one game now to largely erase those struggles from memory.

A Big Ten title remains in reach on Saturday against Michigan. And underdog Ohio State needs the Silver Bullets to live up to that moniker again to help get it done, and it also needs a great effort from coordinator Greg Schiano and the defensive staff throughout the week.

“Uncomfortable and direct [conversations],” Ohio State coach Urban Meyer said. “And we have a saying around here: Win the moment. The moment is to get ready for the next one, not what happened against Oregon State or even last week. That’s hard to do.

“[The] question is legit and very uncomfortable to discuss, but our players deserve our best and that’s to focus on today and that’s what’s coming next.” 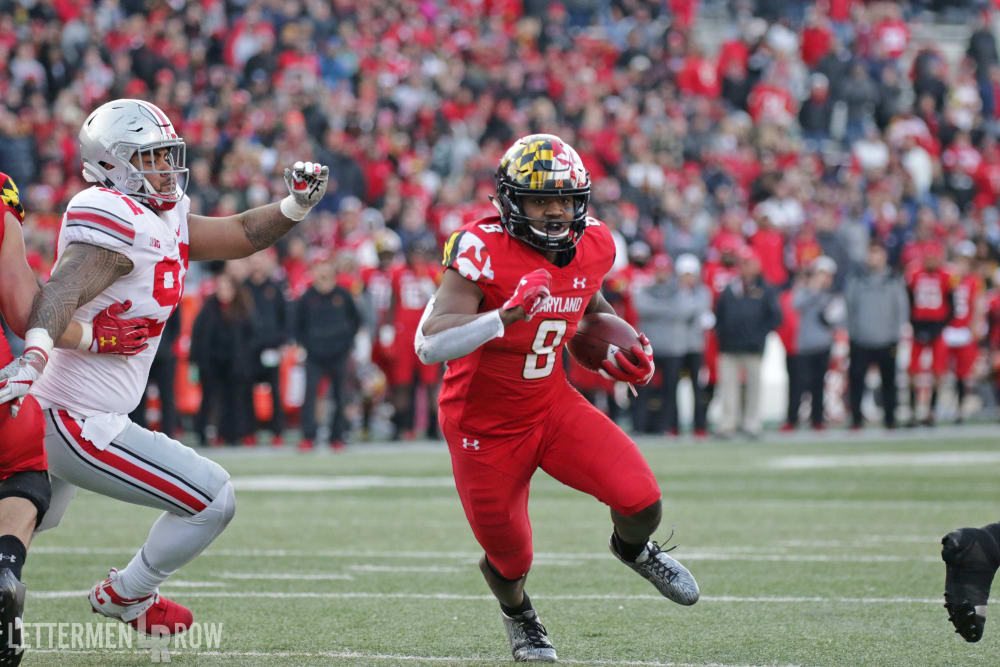 Ohio State struggled mightily on defense against Maryland, and the Buckeyes will have to be better against Michigan. (Birm/Lettermen Row)

The Buckeyes are well aware of the test that’s looming in a rivalry matchup that will determine far more than bragging rights. But if Ohio State is going to win the Big Ten East Division, it also needs to have a serious look at what went wrong defensively against Maryland to keep it from happening again in the final week of the regular season.

Former Ohio State linebacker Zach Boren took a look at a few of the breakdowns last weekend in his latest visit to the Lettermen Row film lab for BuckIQ. He also analyzed the two-point conversion attempt that ultimately decided the game in overtime, and Boren identified a few positives that helped that play go Ohio State’s way.

Lettermen Row senior writer Austin Ward contributed the editorial content for this post. There is much more BuckIQ content coming ahead of The Game, including a Throwback episode with Zach Boren focusing on his role in the 2012 matchup.