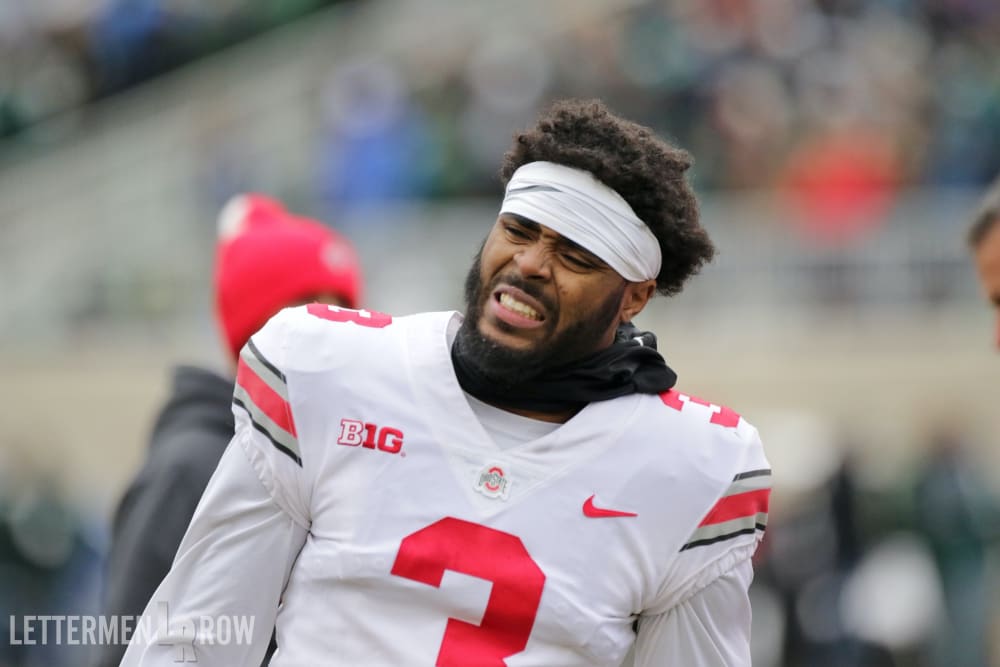 The speculation, debate and conversations about Ohio State never end, and Lettermen Row is always ready to dive into the discussions. All week long, senior writer Austin Ward will field topics on Urban Meyer and the Buckeyes submitted by readers and break down anything that’s on the minds of the Best Damn Fans in the Land. Have a question that needs to be tackled, like the one today about the Ohio State cornerbacks? Send it in right here — and check back daily for the answers.

@AWardSports Any rumblings on Sheffield and/or Arnette?

The way Ohio State was recruiting, developing and cranking out first-round draft picks, it felt like the professional production machine was going to run forever.

That obviously wasn’t realistic, because all good things come to an end. And that streak of sending ready-made NFL cornerbacks like Eli Apple, Gareon Conley, Marshon Lattimore and Denzel Ward on to the next level wasn’t going to be sustainable every single year, even if that’s now the established expectation in that position room for the Buckeyes.

Losing early entrants year after year in the secondary raised the degree of difficulty, and after also losing the architect of that assembly line with Kerry Coombs also jumping to the NFL, Ohio State is almost definitely going to fall short this year even if Damon Arnette and Kendall Sheffield declare for the draft as expected. Both guys will hear their names called if they do forgo their remaining eligibility, but it will come as no surprise to anybody who watched the inconsistent Silver Bullets this season that those guys won’t be first-round selections. 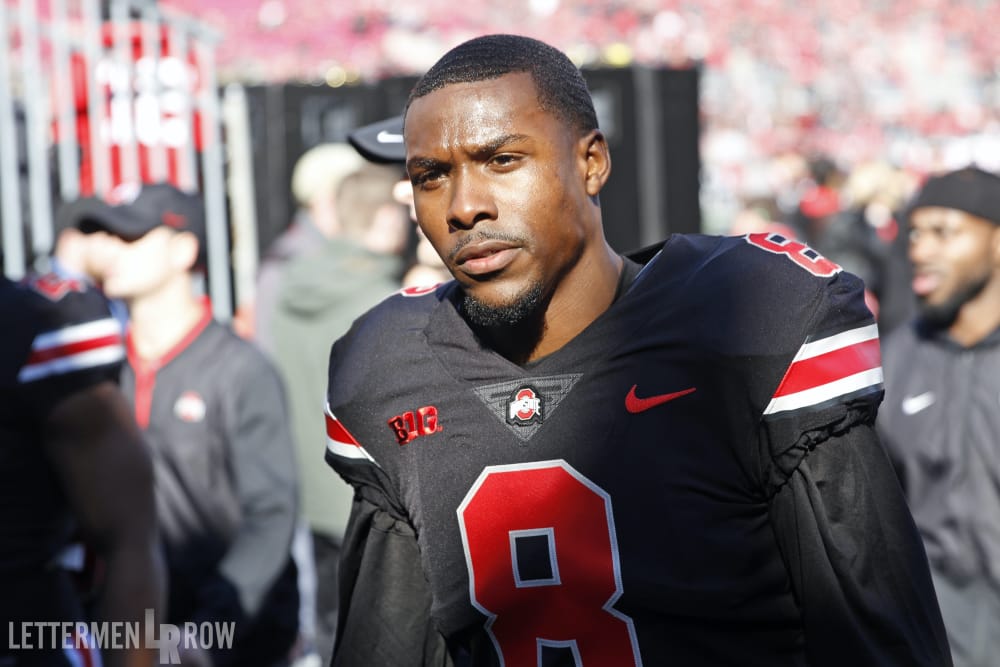 Ohio State is still waiting for word from cornerback Kendall Sheffield about his future. (Birm/Lettermen Row)

Perhaps another change in position coaches would entice them to return and boost their stocks, which is maybe why those are two of the last looming NFL decisions on the Ohio State board as the Monday deadline draws near. Ohio State has already brought in a new co-defensive coordinator who worked with Darrelle Revis in college, and Jeff Hafley has a reputation for not only putting together aggressive schemes in the secondary, but also getting the most out of his talent on hand. There’s no question that Arnette and Sheffield have the physical tools to be shutdown defenders, and the Buckeyes wouldn’t hesitate for even a second to welcome those two back for another year.

But assuming they move on, where does that leave Ohio State? For starters, Jeffrey Okudah will be back and is already starting to flash the elite potential that has been expected since the moment he arrived on campus. And on the other side, now might be the time to let Shaun Wade focus primarily on cornerback again and allow him to grow into a role that could showcase another five-star set of skills. The Buckeyes also have a pair of freshmen in Sevyn Banks and Tyreke Johnson who arrived with plenty of hype, and the former has already delivered on a big stage by returning the crucial blocked punt for a touchdown in the huge win in The Game over Michigan.

So, one way or another, Ohio State is still loaded up for the future at cornerback. If it can hang on to the veterans, that would surely be a bonus for the Buckeyes and a revamped defensive coaching staff.

But the first-round run at Ohio State is going to end no matter what this year. It’s probably just going to be a pause in production, though, because there is more than enough material around to start a new streak next year.