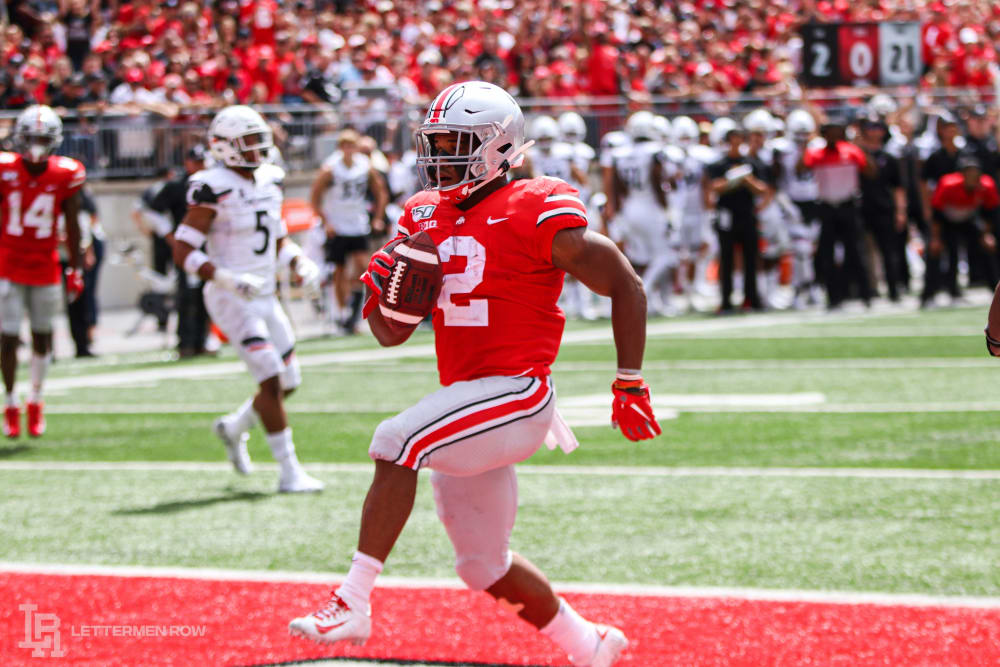 The offense took another step forward against a more challenging opponent. The Silver Bullets backed up those early signs of progress with an utterly dominant performance. Even the special teams chipped in for the Buckeyes in a complete effort that showed just how high the ceiling is for Ryan Day’s program this season.

Cincinnati was a double-digit underdog for a reason. But given the recent success of the Bearcats, the motivation for an in-state opponent and the toughness Luke Fickell has instilled in that program, the Buckeyes had braced for a measuring-stick matchup on Saturday at the Horseshoe. So, cruising to a 42-0 win was certainly the kind of all-around performance Day was looking for after an up-and-down outing in the opener.

What does the Week Two win mean for the Buckeyes? Lettermen Row is starting the comprehensive coverage of the matchup right away with Snap Judgments.

The challenges were issued both publicly and privately, and J.K. Dobbins got the message. After missing some holes and coughing up a fumble in the season opener, the junior tailback took those words from the Ohio State coaching staff to heart with a dramatically improved outing against a much tougher opponent. Dobbins picked his spots well, lowered his pads when contact was required and flashed his top-end speed with a 60-yard dash to the end zone that helped open up the blowout. That was the kind of effort the Buckeyes expect, and it bodes well for how much more dangerous the Ohio State attack can become this season. 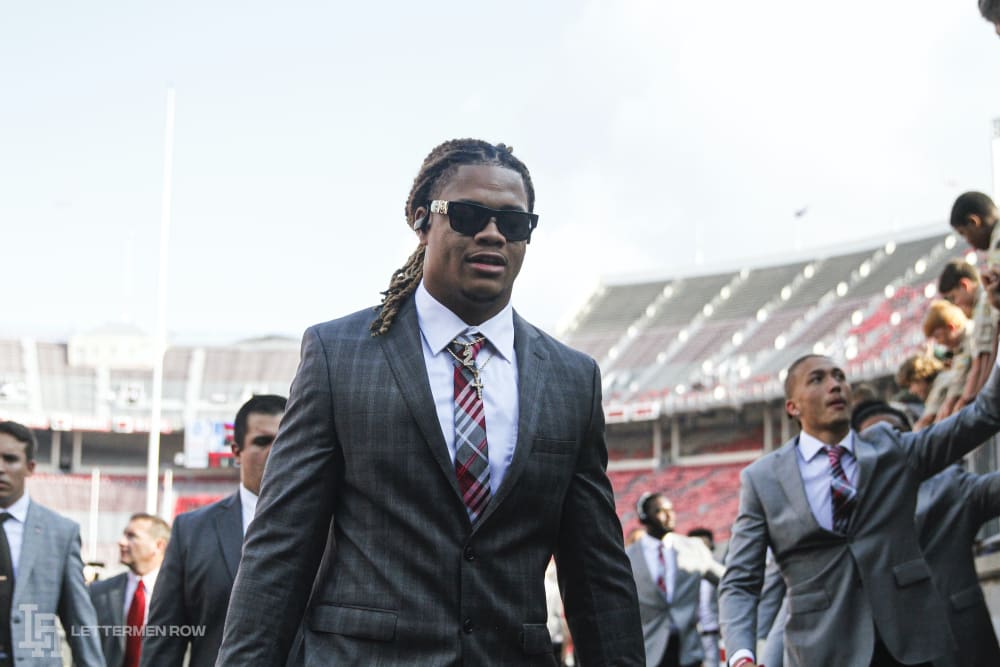 Ohio State defensive end Chase Young was all business on Saturday at the Horseshoe. (Birm/Lettermen Row)

The potential to develop into a superstar has never been in question with Chase Young. The incredible athleticism and pass-rushing ability were already well established, but it’s the overall effort that the junior is playing with that really sets him apart for the Buckeyes right now. Young has been willing to drop into coverage at times, he’s reading keys to snuff out screen passes and pursuing every play no matter where the football is going with the kind of relentless motor he hadn’t always shown previously in his career. Now that he’s got two healthy ankles and another year of Larry Johnson’s teaching under his belt, Young might be on the way to becoming the most disruptive defensive force in the country.

Whether it’s in a return game that appears to have more big-play potential, with punter Drue Chrisman working his magic to drop punts on the edge of the goal line or Chase Young getting a big paw up to block a field goal, Ohio State is pressing its talent advantage with important work in the third phase of the game. Few teams are going to be able to match up with the personnel the Buckeyes have on both offense and defense, but the remarkable depth truly shows up when it unleashes some of the nation’s best recruits on punts, kickoffs and field goals. Chrisman’s first-half punt led directly to points after a defensive stop, and Young saved three points with his block — a 10-point swing that makes it a challenge to keep pace with the Buckeyes.

The statistics weren’t nearly as gaudy for Justin Fields in his second career start. But the Ohio State quarterback seemed to be much more comfortable and in command of the attack, making smart decisions and putting a ton of pressure on Cincinnati with both his feet and arm. Dobbins was one big beneficiary of the threat posed by Fields, getting huge running lanes and cruising in for a a pair of untouched touchdowns. But obviously the wide receivers are reaping the benefits as well, and the ball Fields threw to the corner of the end zone for the first score of Garrett Wilson’s career was pinpoint accurate and showed he’s more than just a mobile athlete playing quarterback.