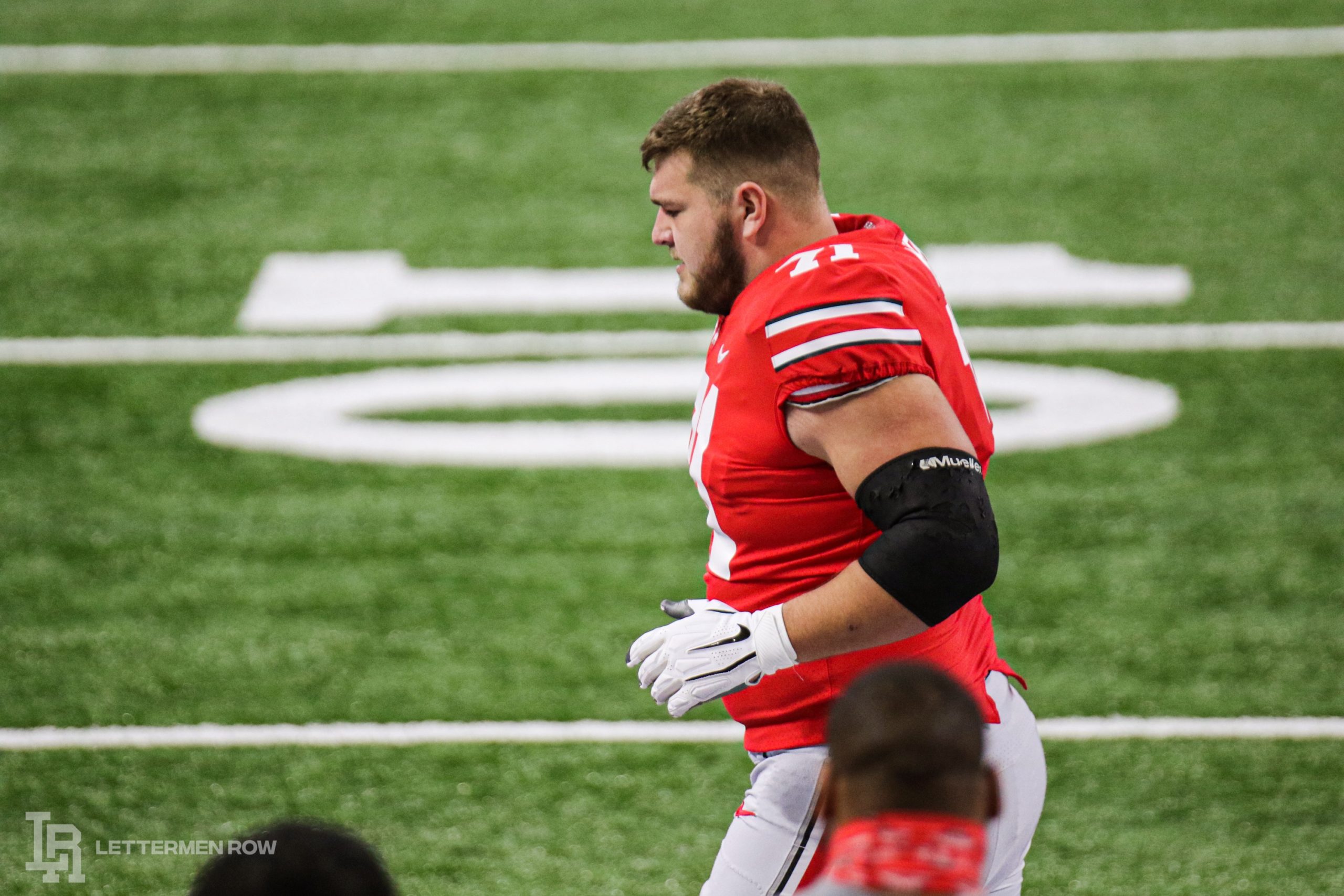 Testing positive for Covid-19, then having to isolate for 10 days while one deals with any possible symptoms, then undergoing tests to make sure it hasn’t affected the cardiopulmonary system; then spending seven days to reacclimate to practicing and playing football again …

“The process was awful,” Myers said after the Big Ten title game.

That was shortly after he had made his return Saturday along with left tackle Thayer Munford and right tackle Nicholas Petit-Frere, who also had been in the Big Ten-mandated, 21-day, Covid-19 protocol the three weeks prior. They seemed none the worse for it, though, what with the way the offensive line paved the way for Trey Sermon’s school-record 331-yard rushing performance in the 22-10 win over Northwestern than earned a fourth straight Big Ten title for the Buckeyes.

“I thought I might have a hard time with it, just because of sitting out for the 10 days and literally not working out,” Myers said. “I figured I was gonna be pretty tired at the end of this game and I was, but not how I thought I was gonna be, so that was good. And it seemed like it was the same way for Nick and Thayer.” 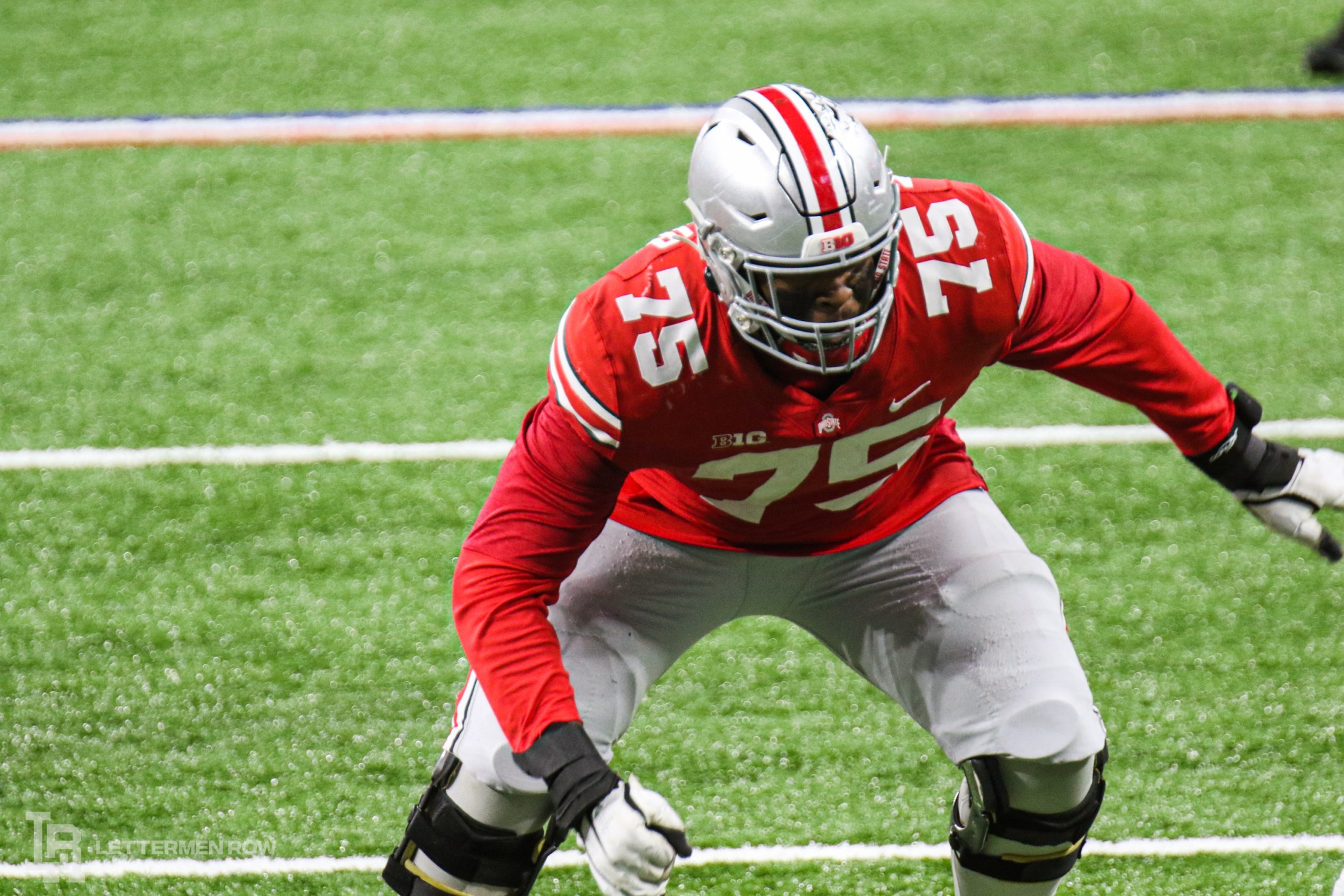 Now Ohio State can only hope it will be the same for receivers Chris Olave and Jaxon Smith-Njigba, linebacker Baron Browning and punter Drue Chrisman, who all were listed as unavailable for the Big Ten title game — though the school didn’t officially confirm COVID protocols were the reason. But Buckeyes coach Ryan Day indicated it was, as he answered questions about whether any or all could return in time for the Buckeyes’ rematch with Clemson in the College Football Playoff semifinal on New Year’s Day in New Orleans.

Sources indicated last week that the Big Ten is close to moving the mandated sit-out time back to 17 days as it has continued to monitor developments the past few months, and commissioner Kevin Warren told Lettermen Row in an exclusive interview on Friday that a pullback is being considered. An announcement of such could come as early as Monday, and it appeared over the weekend that Day is counting on it, though he would not confirm the move.

“I know they’ve made a decision to move it, and we have some guys who are really close,” Day said Sunday.

It depends, of course, on when a player tested positive. And, for example, Olave is said to fit inside that 17-day window in time to play against Clemson. Browning, Chrisman and Smith-Njigba might be borderline, which makes the exact rule change significant for Ohio State.

The next two weeks will be a challenge for them, regardless. Day had to sit out a mandated 10 days himself after testing positive late last month in the team outbreak that caused them to cancel their trip to Illinois and left them shorthanded in the win at Michigan State earlier this month. Day also missed that game as did three of his assistant coaches. For the league title game, receivers coach Brian Hartline and linebackers coach Al Washington had to stay home, as did 23 players, though not all of them were because of Covid-19 issues.

The timeframe for the players might be shortened, but the process to return for Ohio State will be intact.

“We have to clear cardiac testing and make sure they clear all of those protocols,” Day said. 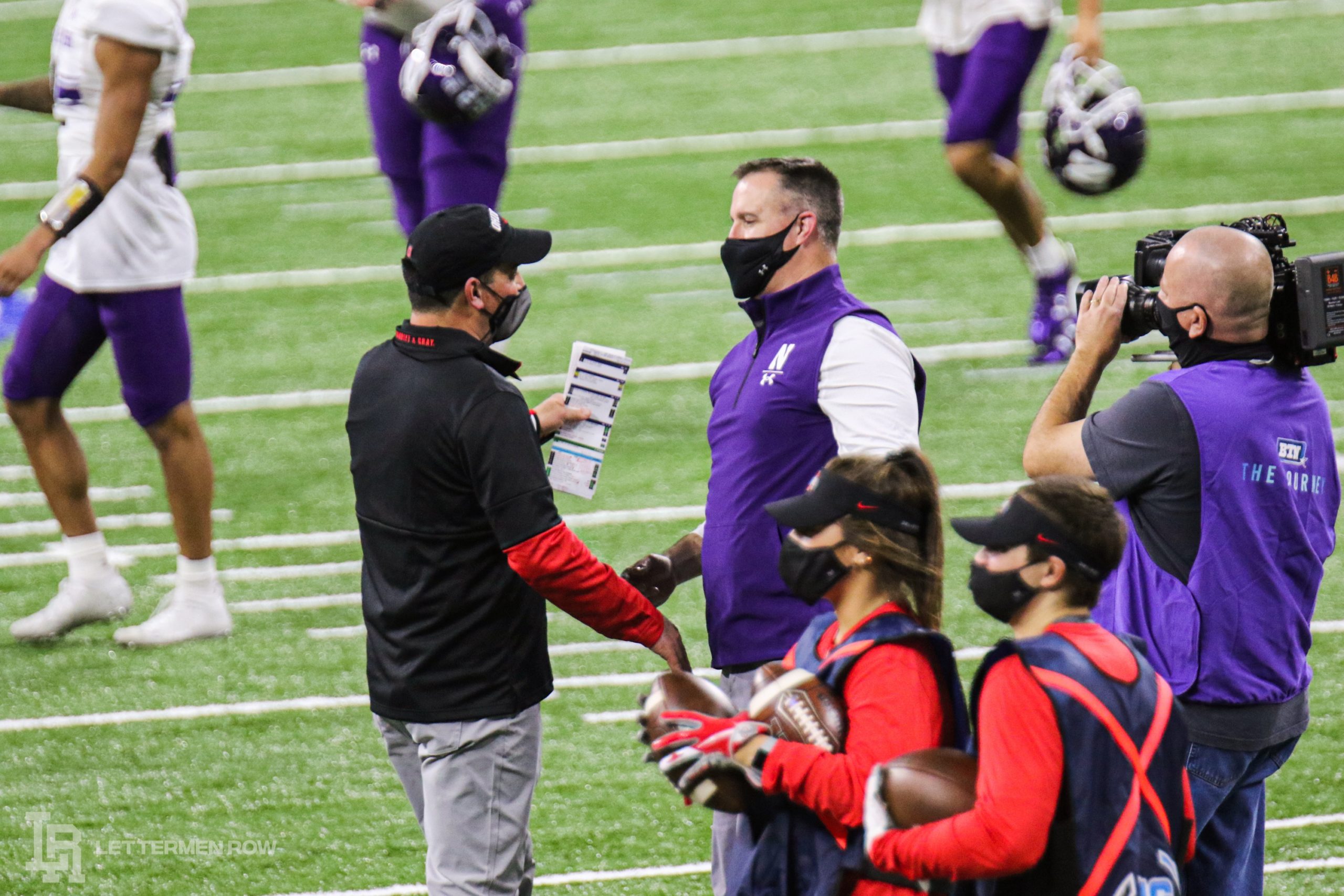 Then will come the re-acclimation period in which the players are eased back into the practice and workout routines.

“We have a pretty good system in place for the skill guys, for the linemen,” Day said. “It’s very different. The skill guys, after that quarantine, they have to really make sure that their soft tissue injuries are minimized, and all of those types of things. Where with the big guys, it is a little bit more pushing and pulling and different things. The specialists have their own set of stuff.

“We put together a pretty good system that Shaun Barnhouse and Dr. [James] Borchers and [strength coach] Mick Marotti have all done an excellent job of keeping an eye on, so that you limit it. We have a percentage that once they get back to work, they’re allowed to do for that day, then we shut them down until they build back to 100 percent.”

Myers went through it, and he described the difficulty that accompanies the process — both mentally and physically.

“It is what it is,” Myers said. “But the process was terrible [watching Ohio State play from home]. I had to sit there for 10 days and basically do nothing. I had schoolwork and stuff I had to finish up for my internship. But other than that, I couldn’t work out because I couldn’t get my heart rate up. And so I was just sitting there, and it was 10 of probably the hardest days I’ve ever had in my life.

“With the Michigan State game, I was so proud and so happy for our guys on the offensive line who stepped up to the plate. … But sitting there watching your own team when you have so much invested into it too, it’s awful. I don’t have any other way to put it. When you invest so much and sacrifice so much and then you have to sit out, it’s hard to put into words how bad it is.”