Cornerbacks are going to get beat occasionally and passes are going to be completed, that goes with the job. There are even going to be a couple pass interference flags over the course of the season, and the Buckeyes understand that’s how it works.

But when the penalties pile up, continually putting extra strain on a defense and giving up free chunks of yardage seemingly every week, that’s something Ohio State can’t justify. So, after dealing with that problem throughout the defensive struggles last season, new co-defensive coordinator Jeff Hafley has gone to work essentially from the ground up trying to rebuild a secondary that has far too much talent to ever be dealing with those issues so frequently.

“I just try not to think like that [about last season], because then I’m kind of judging somebody for what they had done without knowing what they were told to do,” Hafley said. “Again, I’m not knocking anything that happened, because I know those were really good coaches. So, I gave guys a clean slate, we started the workouts, the Mat Drills, then we got into some fundamental drills and some spring football, so I just went from there. 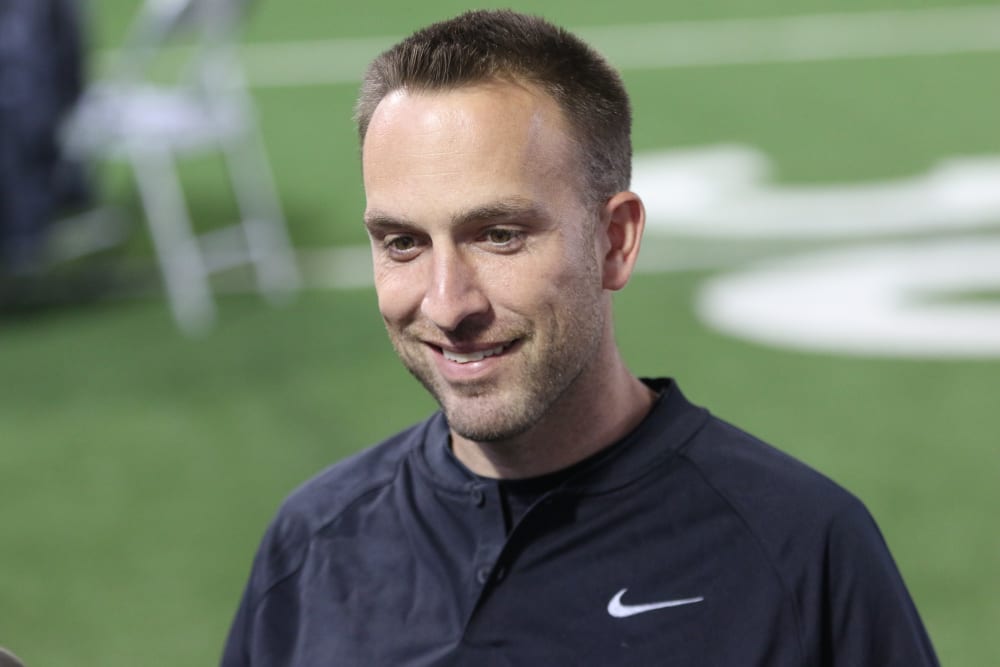 Ohio State co-defensive coordinator Jeff Hafley is looking to lead a resurgence with the Buckeyes in the secondary. (Birm/Lettermen Row)

“They’ve done a great job recruiting here, they have. Whether it’s a four-star, five-star, three-star, they’ve got good players. I’m very grateful for that, and I’m excited to coach those guys. I can’t wait for training camp.”

Perhaps no program in the country has recruited at the same level at those crucial defensive back positions as Ohio State, so there is plenty for Hafley to work with in his first season in Columbus. But it’s also a unit with plenty of room to grow after the inconsistency a year ago, putting pressure not only on Hafley to lead the charge, but veterans like Damon Arnette and Jeffrey Okudah to live up to their potential.

Can the Buckeyes get their mistakes cleaned up in the defensive backfield? Was there a common thread in the plays that were producing pass interference calls? How good can Ohio State be in the secondary under Jeff Hafley? Former Buckeyes and NFL cornerback Chimdi Chekwa put on the film of the penalty-filled performance in the win over rival Michigan last season to take a closer look in the latest episode of BuckIQ.