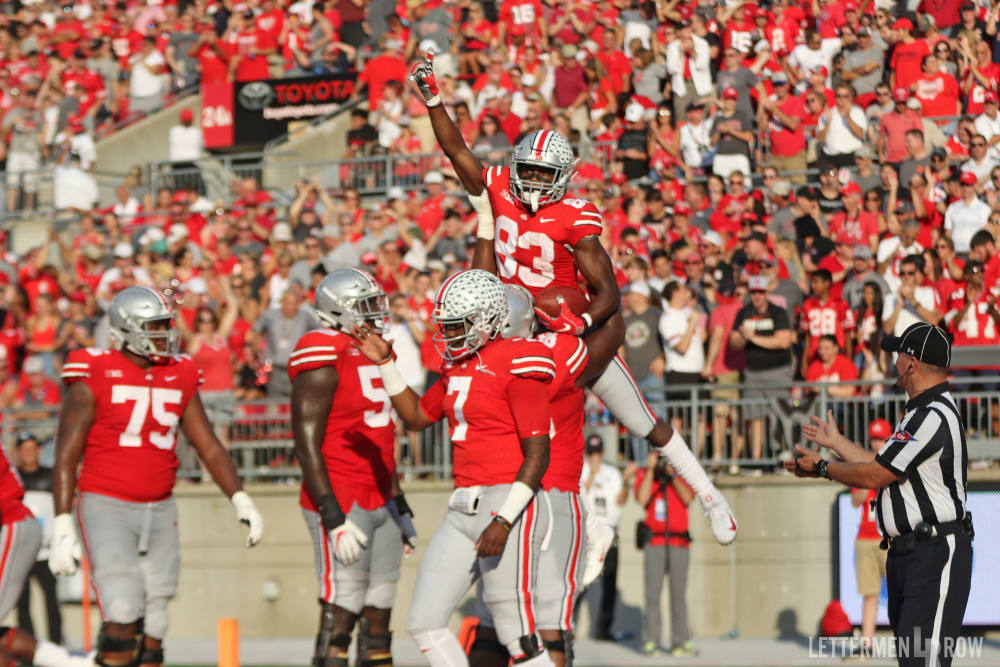 Ohio State has the potential to celebrate like the Buckeyes did in the College Football Playoff in 2014. (Birm/Lettermen Row)

The speculation, debate and conversations about Ohio State never end, and Lettermen Row is always ready to dive into the discussions. All week long, senior writer Austin Ward will field topics on Urban Meyer and the Buckeyes submitted by readers and break down anything that’s on the minds of the Best Damn Fans in the Land. Have a question that needs to be tackled, like the one today comparing these Buckeyes to the last group that won the College Football Playoff? Send it in right here — and check back daily for the answers.

Are their any similarities between this team and the one we had in 2014? If so, what are you seeing?

Certainly the Plan to Win hasn’t changed at Ohio State, and it won’t as long as Urban Meyer is around to lead the program like he was back in 2014. Some from a big-picture perspective, there will always be common themes that make it relatively easy to draw some parallels between his different teams with the Buckeyes — particularly the ones with undeniable potential to win the national championship.

This season there have been some tweaks to the blueprint, most notably on offense. But even from that perspective, there are more similarities that suggest this season has an awful lot in common with what played out for the first winners of the College Football Playoff. And these are the first few that come to mind here at Lettermen Row.

This one is the most obvious as Dwayne Haskins rewrites the record books and elevates the passing attack seemingly every week for the Buckeyes. His physical traits have obviously drawn comparisons to Cardale Jones, although that was famously just a postseason run for the third-string quarterback and not a season-long adjustment for the offense. But the success of Haskins and the way Jones bolstered the attack offer a clear reminder of what the ability to stretch the field can do for the power-spread system Meyer brought to Ohio State, and right now he has all the tools to make it unstoppable.

There were doubts, growing pains with Buckeyes

Now that a couple years of past since the Buckeyes lifted that trophy, it can be easy to twist the narrative about that squad a little bit from what really happened. Many times the story is presented as Ohio State using that early loss to Virginia Tech as a rallying point and continually getting stronger with each passing week until they were a juggernaut by the postseason. But just like there have been questions this week about the defense of the Buckeyes and some hand-wringing about the rushing attack, those exact same growing pains were part of the process four years ago. Ezekiel Elliott didn’t rush for more than 65 yards until the fourth game of the season. Penn State took the Buckeyes to overtime in a Whiteout. Indiana had a third-quarter lead over Ohio State in the Horseshoe. Any of that sound familiar? Patience is always required when inexperienced players are in key roles, but this edition of the Buckeyes hasn’t had to endure a loss as part of the process.

Urban Meyer is never going to stop pointing to all the ways Evan Spencer contributed to what the Buckeyes accomplished back then, but he might now have a second name to add to the conversation. The commitment to blocking by Terry McLaurin, the selflessness he plays with at wide receiver and even the big plays he makes on his own when called upon all elevate him to a top-shelf level of importance for the Buckeyes. There are other stars who get the glory, much like Elliott or Michael Thomas did back when Spencer was establishing his legacy. But McLaurin has the kind of presence that all championship teams must have to reach their full potential. 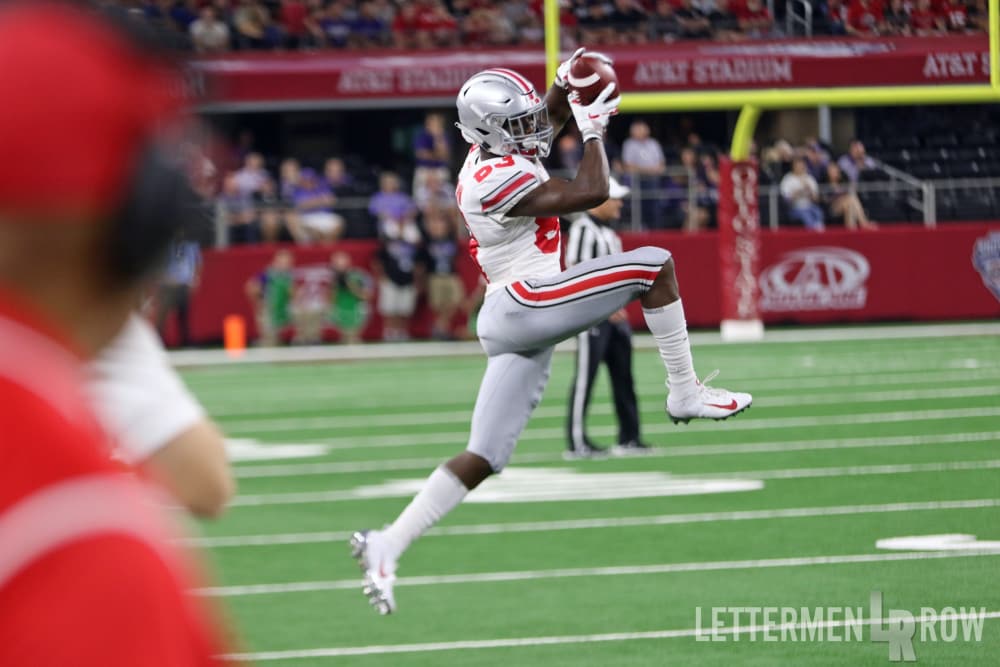 Terry McLaurin has emerged as one of the most important figures for the Ohio State Buckeyes. (Birm/Lettermen Row)

There are even more similarities available, from a key injury putting the depth of the roster to the test to clamoring for the Buckeyes to teach their cornerbacks a different technique. And as the season progresses, there will surely be even more areas to compare and contrast as Ohio State tries to duplicate that run to the College Football Playoff.

This week, though, all the Buckeyes need to do is try to avoid overlooking Minnesota the way those champs did in a seven-point game that shouldn’t have been that close.