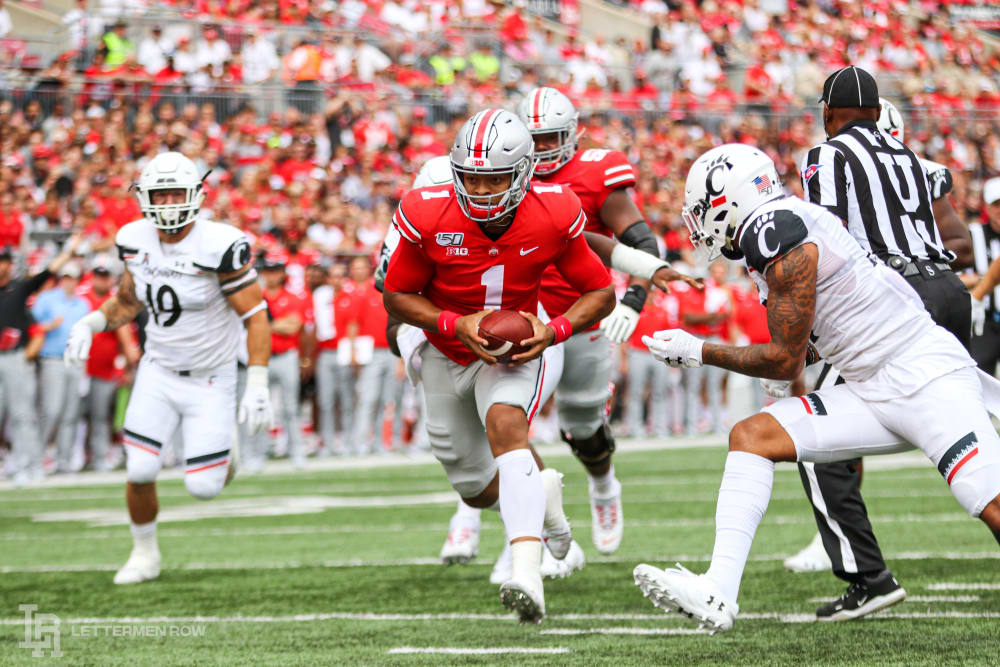 Justin Fields put Ohio State on his back and led the Buckeyes to a big win against Cincinnati. (Birm/Lettermen Row)

COLUMBUS — Luke Fickell and his Cincinnati Bearcats came into Ohio Stadium expecting to give the new-look Ohio State offense fits.

Justin Fields, J.K. Dobbins and the Buckeyes had other plans. Ohio State took a 28-0 lead into halftime and rolled to a 42-0 win over the Bearcats. Ohio State put together a dominating performance on both sides of the football, racking up 508 yards of offense and giving up 273 to a Cincinnati program that came into the game with an Ohio-sized chip on its shoulder.

Fields completed 20 of his 25 passes and threw for 224 yards and two scores while also adding two more touchdowns on the ground. J.K. Dobbins, who struggled in the Buckeyes season-opener against Florida Atlantic a week ago, set the tone through most of the first half and racked up 141 yards on just 17 carries while also finding paydirt twice.

On defense, Chase Young had 1.5 sacks for the second straight week and also blocked an early field goal attempt by the Bearcats, one of three missed opportunities for points by Cincinnati.

Lettermen Row was on hand and has the sights and sounds from Ohio Stadium. Check out the photos from the Buckeyes shutout win over Cincinnati below. 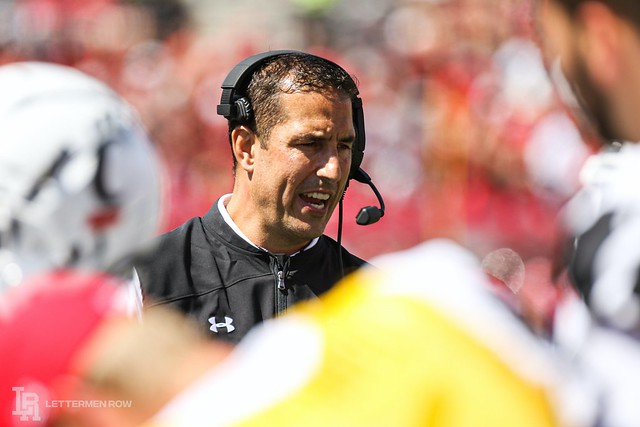