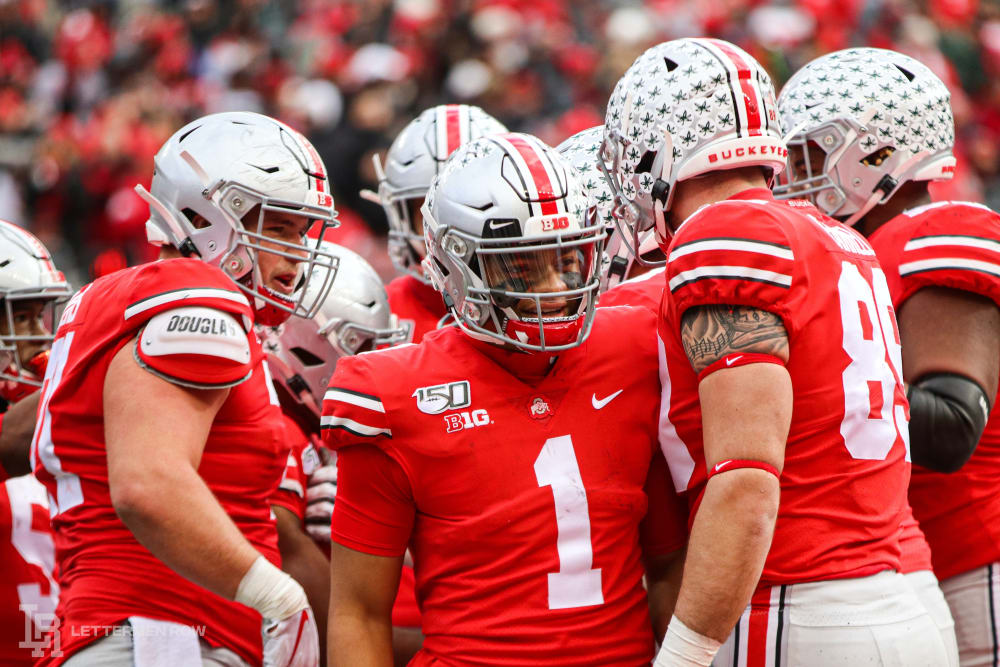 Ohio State quarterback Justin Fields and the Buckeyes might now have a bigger chip on their shoulders. (Birm/Lettermen Row)

COLUMBUS — Always remember the first rule for Ohio State when the rankings are released.

The Buckeyes aren’t paying any attention, and since the poll doesn’t actually matter yet, that’s still the best course of action.

But when that fails thanks to the often inconsistent logic, strange shakeups and the unfortunate possibilities that the latest polls might suggest, then turn to the silver linings.

Yes, it’s great that the College Football Playoff committee is able to take a clean-slate approach every week, trying to avoid holding on to preconceived notions and evaluating the entire body of work. No, in a real playoff winning a No. 2-vs.-No. 3 matchup doesn’t award the victor the top seed in the next round.

But whatever, that’s fine. Refer to that important rule again, tip a hat to LSU for a huge road win and wait for the next game day as everything keeps getting sorted out on the field.

Again, winning is the only thing that matters to Ohio State at this point. And while the truth is the Buckeyes are pretty unlikely to be bothered no matter what number is by their name, slipping to the second spot could easily work in their favor. 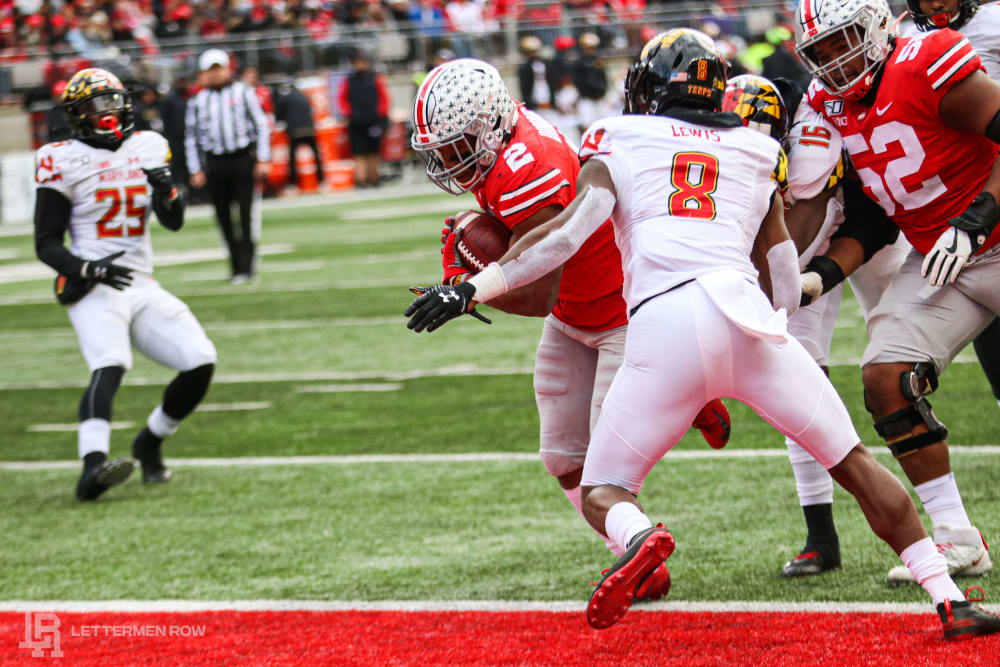 Ohio State running back J.K. Dobbins has helped fuel the dominance of the Buckeyes. (Birm/Lettermen Row)

Start with the obvious: Ohio State already has an enormous chip on its shoulder after missing the four-team field over the last two seasons despite winning the Big Ten both years. Dropping in the poll after another utterly dominant, blowout victory could only make them hungrier.

The conversation about it isn’t likely to be a long one in the Woody Hayes Athletic Center if it happens at all. But the Buckeyes might take a little offense from the same group of people who thought they were the best team in the nation a week ago appearing to change their minds seven days later.

“At the end of the day, the focus is it comes back to us,” Day said. “What is your standard? We have to make sure we’re holding up that standard. We got a lot at stake here. We can’t put any of that stuff to risk. That’s something that the coaching staff has been hammering home with the players.

“To this point they’ve respected that. They have to continue to.”

The Buckeyes have done an impressive job of keeping that focus solely on their own preparation and the results on the field against every opponent, and they haven’t been doing it to earn votes in the rankings. If nobody ever beats them, they already know they’ll be collecting all the trophies on their wish list.

But beyond that, being No. 2 doesn’t even change much when it comes to the destination or even the matchup in the semifinal. LSU and Ohio State have left no doubt so far this season that those are the two top programs in the country. And as long as the records remain unblemished, it appears obvious that the SEC champ would head to Atlanta and the kings of the Big Ten would head to their postseason home in the desert. The order is almost certainly not going to matter, and that would be doubly true if the other spots are filled with teams from the southeast who could potentially claim something of a home-field advantage in the Peach Bowl.

Ohio State doesn’t need to pay any attention to the College Football Playoff rankings, and it has shown no signs that it will.

The Buckeyes are already in prime position, and that’s not a secret. But if they happen to perceive that they’re being slighted by the committee, heaven help Rutgers on Saturday.