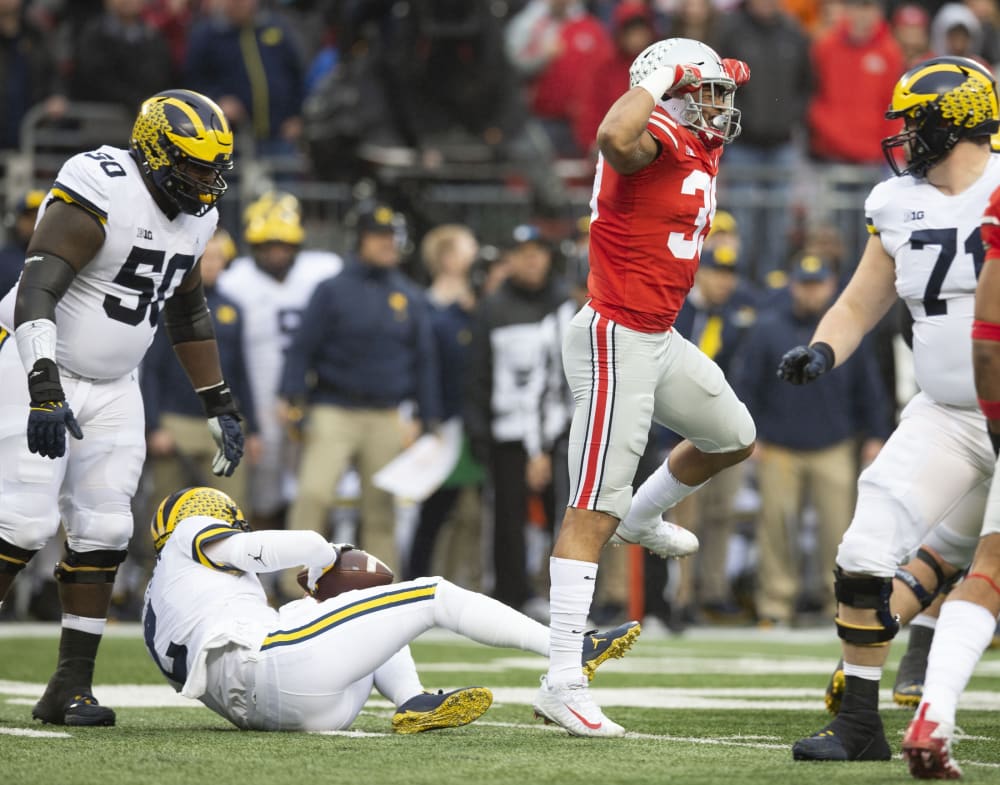 COLUMBUS — Nothing is certain for Ohio State.

The Buckeyes could have jumped all the way into the four-team field as of Tuesday night. Or it could have remained stuck as the last option among the programs who appear to be jockeying for the final spot in the College Football Playoff.

Neither would have ultimately made any difference without one more championship-caliber win from the new No. 6 Buckeyes.

What happened on Tuesday night with the selection committee revealing where its thinking is currently was never going to do anything to end the debates that are going to rage all the way through the end of the Championship Week and into Sunday morning. And since they’re also clearly not predictive of what happens on the field, those numbers continue to truly not make any difference when it comes to settling it on the field, which is still first and foremost all that matters for Ohio State as it heads to Indianapolis looking to defend the Big Ten title against Northwestern.

Could the Buckeyes have felt better about their chances based on the latest poll? Sure. Might there be any reason to stress now about the potential nightmare scenarios or feel the need for an impressive showing along the lines of 2014? Only if Ohio State pays any attention to where it sits now, which seems pretty unlikely for anybody who has ever spent much time around Urban Meyer. 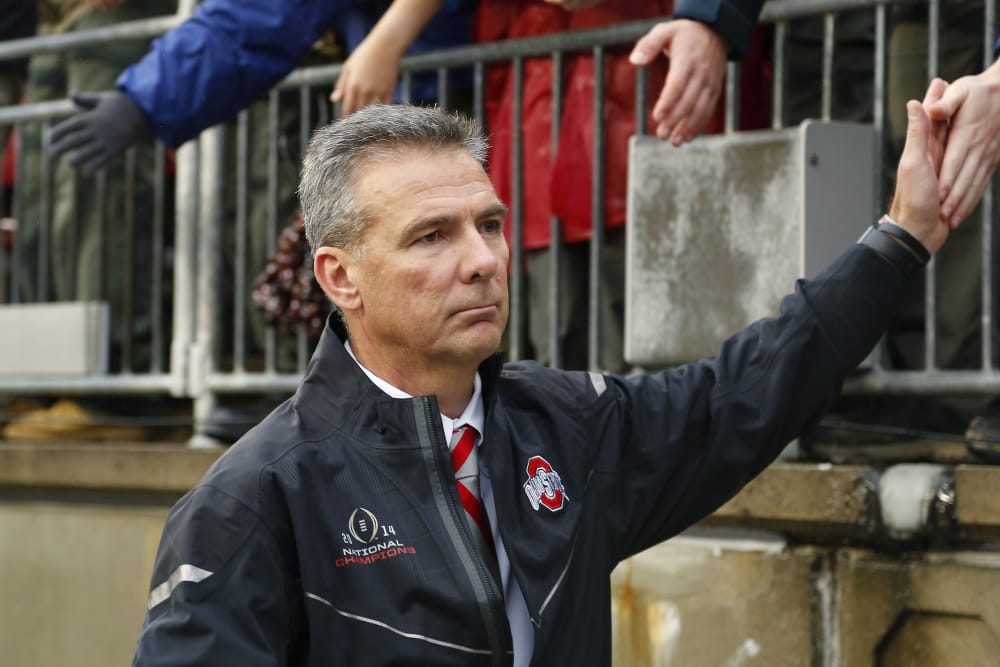 Urban Meyer isn’t likely to be paying any attention to where Ohio State is ranked this week. (Joseph Maiorana/USA TODAY Sports)

This is obviously going to sound like a broken record, but it’s as true coming out of the penultimate, made-for-television special as it was after the first one of the season: It really doesn’t matter.

Yes, it does hint at what the selection committee is valuing this year — and honestly, the world would probably be better off not knowing since the beliefs seem so fluid and inconsistently applied even within the same poll. But this is all an incomplete snapshot at this point, even now that there are so few games left to play and so many resumés around the country now complete.

Conference championships are supposed to be a key part of the decision-making process. Guess what? None of those have been decided yet. And since those are supposed to be a factor and the committee has trained everybody to pay attention to data points, that could possibly, potentially, ever-so-slightly mean the only team that should be worried on Saturday is expected shoo-in Notre Dame since it’s going to be at home without an added booster to the body of work.

Are the Irish going to get bumped? Probably not. Are the Buckeyes going to get in with one more win? That seems likely for a one-loss Big Ten champion.

But nothing is guaranteed because there is still another huge game left to be played.

And as Ohio State just proved, everything can change in a week.

Ohio State: Nick Bosa earns honorable mention All-B1G — in three games
Ryan Day on coaching rumors: ‘This is all about winning a championship’