The speculation, debate and conversations about Ohio State never end, and Lettermen Row is always ready to dive into the discussions. All week long, senior writer Austin Ward will field topics about the Buckeyes submitted by readers and break down anything that’s on the minds of the Best Damn Fans in the Land. Have a question that needs to be tackled, like the one today about Ohio State and the loss of early departures to the NFL Draft? Send it in right here — and check back daily for the answers.

@AWardSports In your opinion who would have made more of an impact if they had returned for the 2020 season? Damon Arnette, Chase Young or JK Dobbins?

Any time there’s a chance to take one of the most dominant players in Ohio State history, that’s probably the safest bet.

The presence of Chase Young simply changes everything, and the Buckeyes absolutely would have racked up more sacks throughout the course of the season and been more dangerous up front in the title-game blowout if the NFL Defensive Rookie of the Year had spent one more year with the program.

(Obviously that was never an expectation and wouldn’t have been in his best future interests. But it’s notable when comparing the rosters from the College Football Playoff championship how many key veterans Alabama had stick around while Ohio State had to replace superstars like Young, Jeff Okudah and J.K. Dobbins who had eligibility remaining. That game could have looked a lot different.) 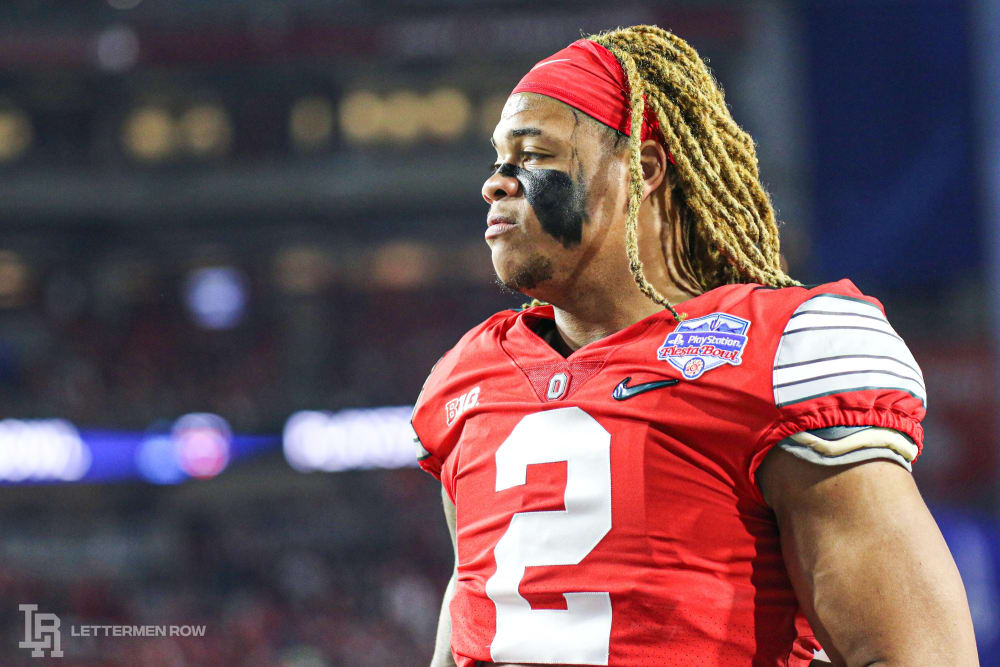 But there’s at least a chicken-or-egg argument that could be made to find a different answer about which offseason departure hurt the Buckeyes the most. Obviously a relentless pass rush is going to make the secondary look better when it doesn’t have to cover as long, but Ohio State was actually quite effective at generating pressure last season even if it didn’t necessarily have the sack totals to show for it. On the other hand, having true lockdown cornerbacks can make it easier for those linemen to get to the passer and put him on the ground — and for a variety of reasons, the Buckeyes came up short of the BIA standard last year.

Put Jeff Okudah back in the lineup for another season and Ohio State looks a whole lot different in the backend. The fact that another first-round draft pick at that position was also missing only enhanced the challenge. And while Damon Arnette didn’t have the option to return, in this hypothetical scenario where last season didn’t count in terms of eligibility anyway, he could have been just as important for the Buckeyes.

The presence of those two standouts on the outside helped unlock the versatile, do-it-all potential of Shaun Wade in the secondary, and he wasn’t nearly as impactful last season without those veterans around him. To be fair, nagging injuries also didn’t help Wade after he decided to return after declaring for the NFL Draft in September before the season was eventually reinstated. But imagine what the Buckeyes might have looked like without Wade and it becomes even more clear why the losses at cornerback wound up being so hard for the defense to overcome.

There’s no question whatsoever that adding Chase Young for another season would have raised the ceiling for the pass rush. But when the Buckeyes were at full strength, the Rushmen were already effective with Jonathon Cooper taking a step forward, Tyreke Smith becoming a weapon, Haskell Garrett and Tommy Togiai collapsing pockets on the interior and a handful of emerging ends like Zach Harrison sharing the workload. With Smith and Togiai out against Alabama, of course, that might have made Young even more of a no-brainer.

But over the length of the season, Okudah might have actually been the guy the Buckeyes missed most. Obviously nobody could have ever blamed him for leaving, but Alabama did just offer Ohio State a reminder of what can happen when the superstars decide to stay.

All the early departures stung the Buckeyes in some form or fashion. But in hindsight, the loss of Jeff Okudah was one Ohio State just couldn’t quite overcome.