Connect with us
Ohio State fell victim to a few suspect calls in the Fiesta Bowl. (Birm/Lettermen Row)

COLUMBUS — Ohio State coach Ryan Day sat at a podium and did everything he could to keep his responses measured, refusing to point a finger or risk getting fined for his comments.

In a shell-shocked Buckeyes locker room, all the players could do was either decline to talk about the calls, politely disagree or degradingly admit there was simply nothing that could be done to change them.

Just about the only qualified people willing to weigh in were experienced officials with either a live microphone or Twitter account, and they made it clear for the Buckeyes that they had been wronged — most notably by the overturned fumble return for a touchdown that ultimately was the different on the scoreboard in the Fiesta Bowl.

The outcome won’t change, obviously, and Ohio State is unlikely to every truly get over what happened during those replay reviews in the desert two weeks ago. All the Buckeyes can hope for at this point is that perhaps the sport as a whole reconsiders the poor one-size-fits-all ejection policy for targeting infractions and maybe takes a closer look at what’s happening in the replay booth, because clearly the College Football Playoff miscues further exposed a major problem that has been threatening the credibility of the sport for a while.

“I know there were some plays that were called on the field and then overturned — and when they overturn it, there has to be indisputable evidence,” Day said after the game. “If that’s what they deemed it was, it’s going to be something we’ll have to take a look at. 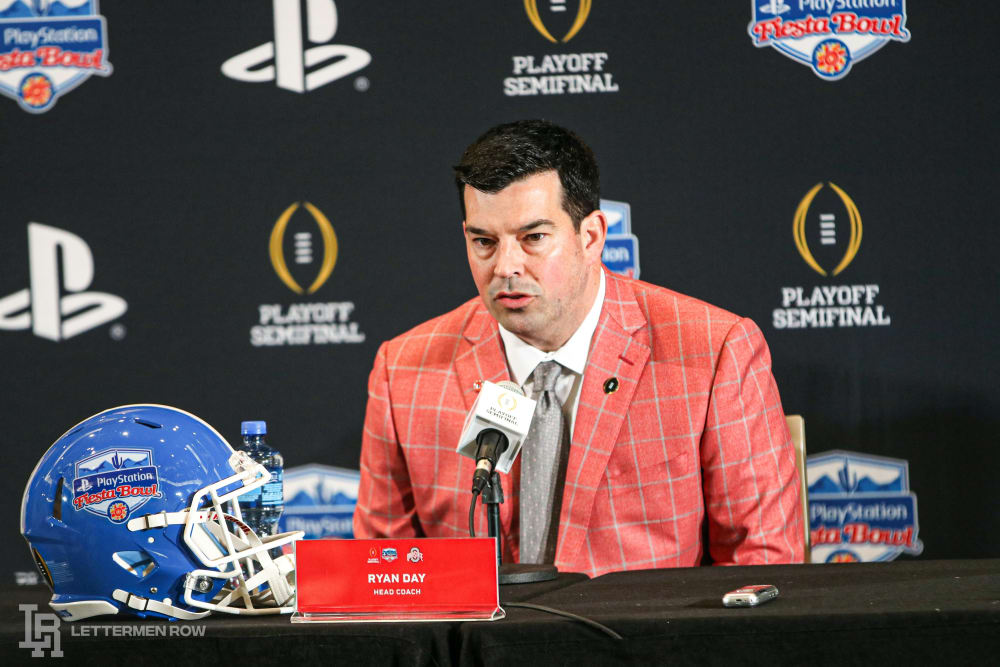 “The thing about those plays were certainly that the catch that was returned for a touchdown was such a huge play in the game. The play with Shaun Wade, that was a fourth-down play. It was such a huge play in the game. That J.K. Dobbins catch, those were major plays and they didn’t go our way. So, not crying about it. But at the same time, those were big plays that didn’t go our way. And certainly, again, there’s a range of emotions about that.”

Anger, confusion and disappointment were surely at the top of the list for Day. There was also plenty of that to go around for the Buckeyes after they had seemingly done enough to knock Clemson off and head to the national championship game on Monday.

Instead, Ohio State is left with a lifetime of regret. And while it would probably prefer never to watch those replays again, a closer look at them now before moving on is worth it as a reminder of what’s at stake for college football heading into 2020 if nothing changes.

What solutions are there for the targeting rule in college football that left Ohio State without key defensive back Shaun Wade? How exactly was that not a catch and fumble for Clemson in the Fiesta Bowl? Will there ever be any accountability for the officiating crew botching the biggest game of the season? Former Buckeyes linebacker Zach Boren was back in the Lettermen Row film lab looking at the key calls in the College Football Playoff and giving his thoughts on what needs to happen in the latest episode of BuckIQ.