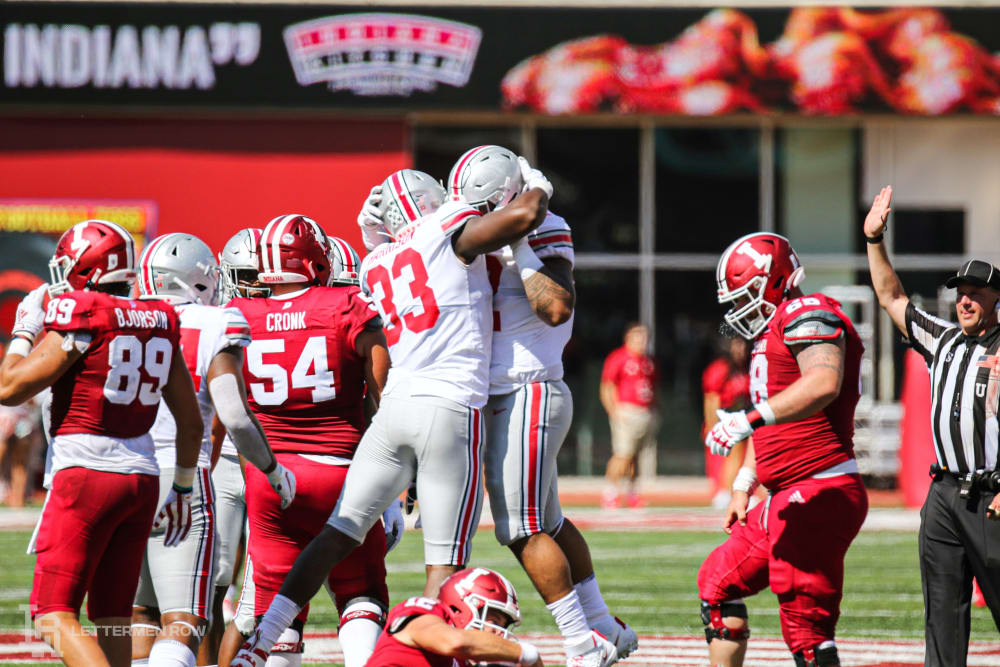 BLOOMINGTON, Ind. — Ohio State is just wired differently, which is about the only way a team could ignore complete dominance and instead walk off the field focusing on the flaws.

Sure, it’s reasonable to look at what the Buckeyes did while undressing Indiana in the Big Ten opener on Saturday and honestly evaluate as less than perfect.

But how far was it away from that really? Isn’t that the kind of performance on the road that should have a team at least cracking a smile as it headed for the exits at Memorial Stadium after a 51-10 shellacking of a division opponent? Maybe the Buckeyes didn’t need a full-on dance party to spill out of the locker room, but it could have taken a couple minutes to appreciate how all the hard work is paying off through three victorious weeks.

“I think the maturity of a coaching staff, the maturity of a team is to go find the issues on film and get them fixed,” Ohio State coach Ryan Day said. “Because as time goes on and you start to play other teams and we get into the thick of the Big Ten, those issues are going to come up. So, it’s our job to find them and get them addressed and really be critical of the players without creating resentment.

“That’s the key. The kids took the coaching, and we’ve got to keep building from here and find those issues.”

Good luck, Buckeyes. It’s hard to find much to complain about when sending Indiana fans streaming out of the stadium before halftime, and all three phases again offered a reminder of just how high the ceiling is for Ohio State this season.

But in the interest of fairness, let’s run down a list of these problems the Buckeyes have to correct as they push to defend the Big Ten crown and get back to the College Football Playoff. 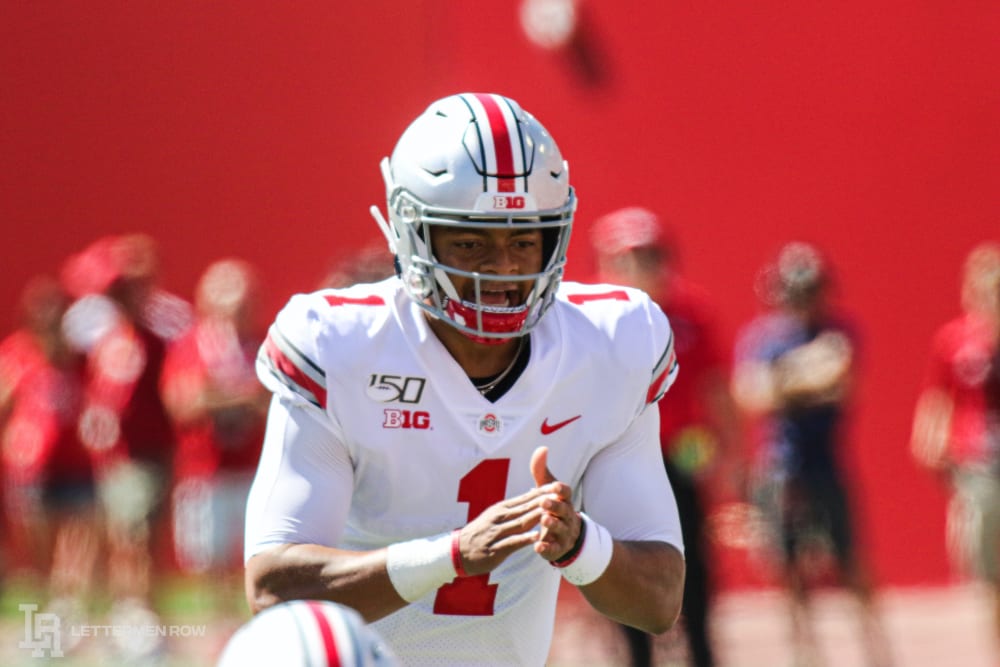 Justin Fields throws too pretty of a deep ball

All right, the sophomore quarterback left some plays on the field. For really the first time this season when operating the entire offense, Justin Fields misfired on a few throws that he should have made, looked a little sloppy at times with his decision-making and occasionally still opened himself up to unnecessary hits. But Fields was always supposed to be something of a work in progress early as he learned a new offense and gained his first experience as a starting quarterback during the opening month of the season. Ohio State can certainly point to a handful of accurate throws and improve his footwork, but he also uncorked another gorgeous deep strike and continues to make NFL throws down the field. So, not flawless, but probably still a Heisman Trophy candidate after pushing his total to 13 touchdowns accounted for through three games.

That margin of victory could have been at least three points wider for the Buckeyes if Blake Haubeil had connected on his 32-yard attempt. Of course, the special teams unit turned around and got two of those points back by blocking a punt for a safety, the second time in as many weeks the Buckeyes have turned their overflowing roster of talent loose to get a hand on a kick and swing the momentum of the game. This might actually be something worth monitoring for Ohio State, assuming at some point it actually gets into a competitive matchup that might hinge on a field goal attempt.

The Buckeyes have too many talented tailbacks

Look out, another debate about how many carries the top running backs could be in the works for Ohio State. Life would be so much simpler for the Buckeyes if Master Teague just wasn’t pushing for action with his relentless effort, underrated speed and a knack for running through contact. Maybe then Ohio State could just let J.K. Dobbins have every carry, burn himself out fueling the offense with his much-improved vision and patience and actually crack that 200-yard barrier instead of coming up seven yards short. The truth is the Buckeyes are much deeper in the backfield than probably could have been expected in training camp, but this workload is clicking far better than the Mike Weber timeshare with Dobbins last year.

Jonathon Cooper still hasn’t played a snap yet this season and Tyreke Smith has only made it through about six quarters with good health for the Buckeyes, challenging the defensive line to step up and fill the production of two of its best pass-rushing weapons. But Chase Young is making it look easy with two more sacks to his credit against the Hoosiers.Tyler Friday stepped up to make a sack, Javontae Jean-Baptiste chipped in another and true freshman Zach Harrison is giving quality minutes and already has a sack of his own. It’s not supposed to be that simple for the Rushmen, and that’s without even mentioning the development of Davon Hamilton into an NFL-caliber defensive tackle or Jashon Cornell thriving on the interior. What is Ohio State going to do when it finally has a full complement of defensive linemen?

Sure, Ohio State is rallying to the football on defense with the kind of effort that simply wasn’t there during last year’s epic struggles. Yes, that aforementioned pass-rush is absolutely terrifying. OK, the linebackers are flying around and delivering punishing tackles and rarely missing assignments. And maybe the secondary is again playing like the Best in America and capped off the blowout with a 96-yard interception from a cornerback in Damon Arnette who played with a cast on his hand. But what about that trick-play touchdown Indiana scored in the first half? Surely Ohio State must be concerned that opponents already know that it takes gimmicks to score on the Silver Bullets.

“I think we showed dominance today,” Young said. “Obviously they had one trick play on us, but other than that I think we showed our defense can be real dominant. We just set the tone for Big Ten play coming up.

“I just feel like our defense played real good today, and for them to have to run a trick play on us to get a touchdown, I think we did pretty good.”

If that was merely pretty good, look out for what the Buckeyes can do once it corrects those flaws on film.

Maybe this list can help Ryan Day get a head start heading into next week. But Ohio State is obviously already capable of doing a lot of damage just the way it is now — and there are no signs at all of it slowing down.

The Buckeyes will search for a few areas on film and focus on getting them corrected. Everybody else that watches the tape is just going to see a legitimate threat to win it all.