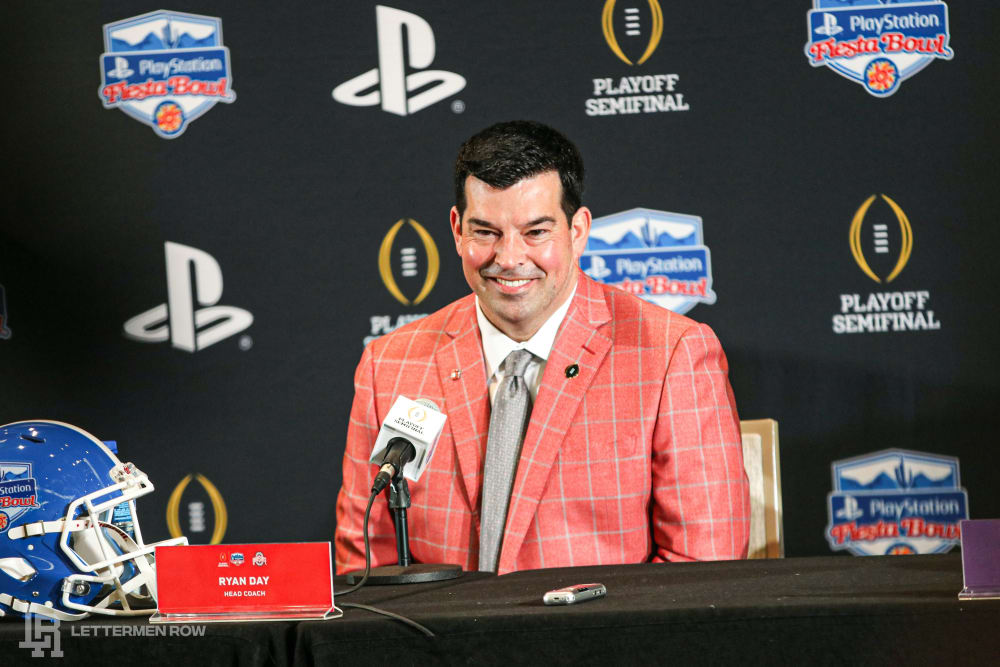 Ohio State coach Ryan Day has a team that will be favored to get back to the College Football Playoff. (Birm/Lettermen Row)

The speculation, debate and conversations about Ohio State never end, and Lettermen Row is always ready to dive into the discussions. All week long, senior writer Austin Ward will field topics about the Buckeyes submitted by readers and break down anything that’s on the minds of the Best Damn Fans in the Land. Have a question that needs to be tackled, like the one today about the Big Ten season starting in October? Send it in right here — and check back daily for the answers.

Is it Natty or bust this year?

The goal is always to win it all at Ohio State, though some years it does a better job than others about keeping the conversation focused on the other significant accomplishments that have to come first.

Win the East Division. Claim a pair of gold pants in The Game. Defend the Big Ten crown.

The Buckeyes have that to-do list down pat and are usually hard to shake from those talking points. But this team is acutely aware of how it will be judged given the historic amount of talent assembled and the generational quarterback who is back to lead the charge. So, Ohio State is already talking openly about the chance to make up for what slipped away from it in the Fiesta Bowl last year and intent on fulfilling its potential as a national-title contender.

Now that the Buckeyes know definitively that they will have a chance to chase that championship, the first question that seemed to pop up following the Big Ten schedule release was if there was enough time for them to make their case to the College Football Playoff selection committee.

No, the slate for the Buckeyes is not that challenging. But it does provide more than enough evidence to build a case for their inclusion in the four-team playoff field. 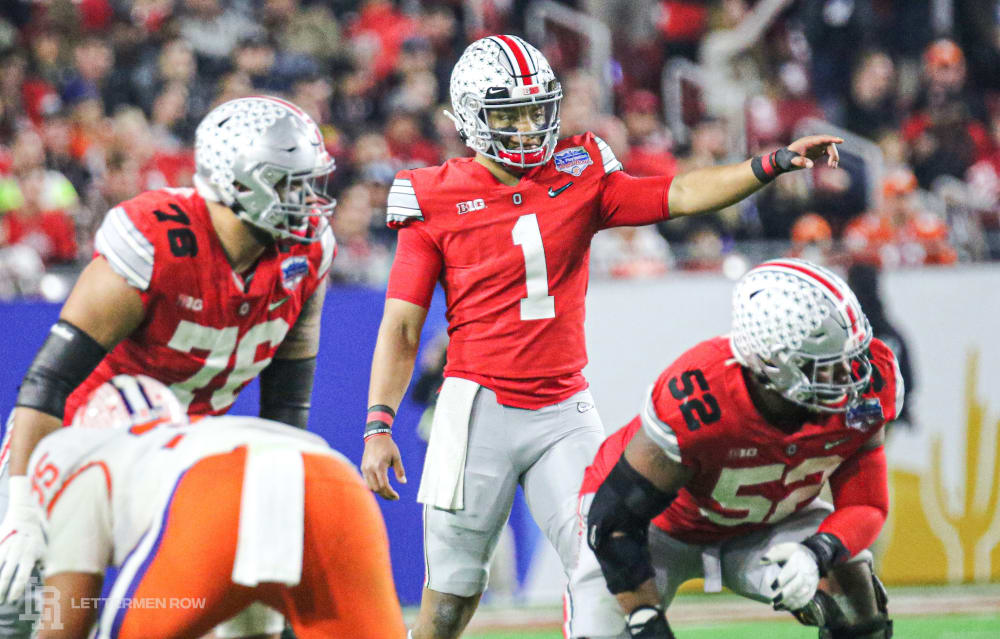 Justin Fields is looking to lead Ohio State back to the College Football Playoff. (Birm/Lettermen Row)

There is absolutely a large enough sample size for Ohio State to pass the eye test over nine games. The Buckeyes certainly have enough marquee matchups to prove their worth if they beat Penn State, Michigan and potentially Wisconsin to close the abbreviated season in the conference title game. And while the win totals in different leagues might be higher, what exactly should that count for based on what the Big 12 and ACC have shown about the strength of those conferences?

Even in Schedule 1.0 this season, Ohio State was only ever going to chance at putting four signature victories on the resumé. Removing Oregon from the equation now, the Buckeyes are still likely to face a tougher path back to the postseason than Clemson either this year or for the last several seasons — and nobody ever really questioned whether or not the talent-laden Tigers deserved to be included. Ohio State could well be a double-digit favorite in every game this year, and if it goes unbeaten and handles that trio of top-flight opponents, there should be no doubt about its CFP credentials.

Of course, there’s also no margin for error whatsoever for the Buckeyes, particularly if a matchup like one against Rutgers winds up being cancelled. Thanks to the baffling decision not to build in any bye weeks to the nine-game sprint to the Big Ten championship, there will be no options to reschedule games if the need arises. Any loss for the Buckeyes this season would effectively knock them out of the title picture, and that will be important to keep in mind even at Illinois or Michigan State when the weather is likely to be the tougher competition.

There’s still much about this season that’s uncertain with more than a month to go until the Buckeyes kick off on Oct. 24. But the mission remains unchanged, and Ohio State isn’t pretending like it’s after anything short of a national title.