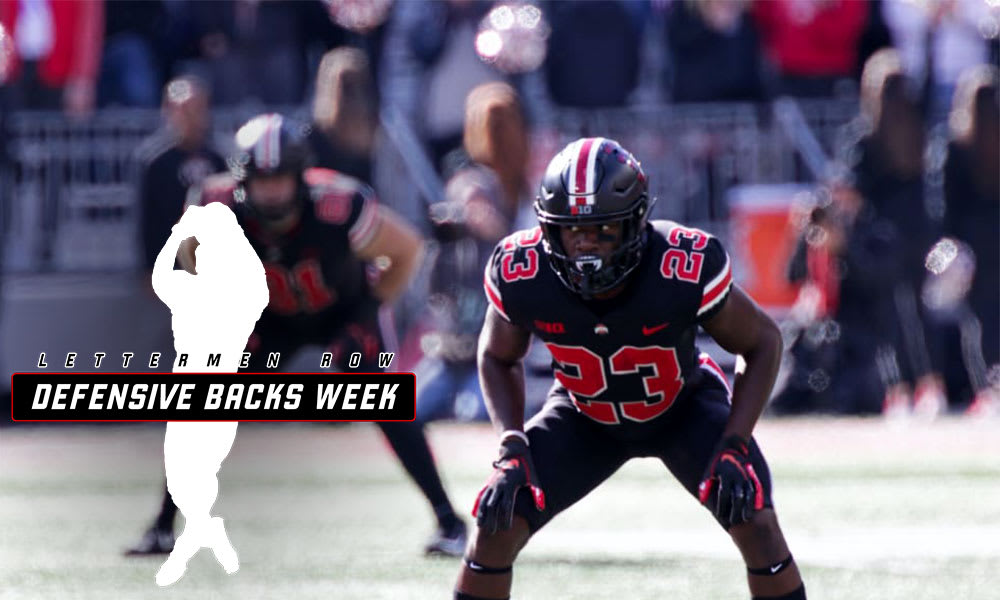 The speculation, debate and conversations about Ohio State never end, and Lettermen Row is always ready to dive into the discussions. All week long, senior writer Austin Ward will field topics about the Buckeyes submitted by readers and break down anything that’s on the minds of the Best Damn Fans in the Land. Have a question that needs to be tackled, like the one today about how the Bullet could help somebody like Jahsen Wint as part of Defensive Backs Week? Send it in right here — and check back daily for the answers.

The impact of the “Bullet” position on the defensive scheme.

Ohio State is going to be more flexible, dynamic and likely more aggressive. And that tweak in the scheme is directly tied to all of those characteristics being poured into one position: The Bullet.

The Buckeyes are looking for a hybrid defender capable of playing safety in coverage, handling responsibilities that would typically be assigned to a linebacker and potentially even coming up to the line of scrimmage to rush the passer. And while how exactly the new coaching staff plans to use the Bullet, how frequently it will be on the field and what that means for mixing up more coverages all remains to be seen, spring camp offered at least a glimpse at how those hybrid responsibilities can help a few players find a place to thrive.

Brendon White is the poster boy in that role, and Ohio State will be pinning a lot on his versatile athleticism to lead the resurgence of the Silver Bullets. White has already proven himself as a playmaking weapon on defense, though, so there’s probably more intrigue about the depth behind him at this point. And that’s where guys who were looking for a different way to contribute might prove more useful.

There can be no denying that Jahsen Wint struggled with his opportunities in the secondary last year. It’s not unusual for an inexperienced safety to have issues during the growth process, and at times he was being put in untenable situations thanks to breakdowns in front of him. After all, it took a complete team effort to post the worst statistical season on defense in school history.

But Wint also never truly looked comfortable on the last line of the defense. And moving him closer to the line of scrimmage and testing him in the Bullet spot seemed to click with him during spring camp, and that’s significant as Ohio State looks to build depth heading into training camp. With Jordan Fuller returning for another season alongside White and with Josh Proctor on the rise, the Buckeyes are already in solid shape at safety. But they also haven’t given up on the potential in guys like Wint or Isaiah Pryor, and the hybrid role not only can open up an avenue for individual playing time, it continues to expand the options for the coaching staff.

“Really all of those guys are pretty versatile,” co-defensive coordinator Jeff Hafley said this spring. “So, you could take any safety in our room and we’re trying to make it so we can plug and play them at all those positions. We don’t just say: You’re this.

“The more multiple we can be, the more we can do on defense.”

Barring injury, Brendon White is clearly going to own a dominant share of those snaps. But Wint turned in a productive camp and freshman Bryson Shaw might also fit into that Bullet mold as he arrives this summer — so that position doesn’t have to be a one-man show for the Buckeyes as they unleash that new-look scheme.