Ohio State defender Brendon White will be featured at the bullet position this year. (Birm/Lettermen Row)

COLUMBUS — The mysteries about the Ohio State defense are finally about to be solved.

The Buckeyes have certainly dropped some hints over the last few months that have generated plenty of buzz about the Bullet position as part of the larger renovation of a unit that was the worst in school history a year ago. But it’s largely played it coy when it comes to nailing down the exact details.

Who all will fill the role? How often will they get to it? What does the Bullet mean for other positions? Does the hybrid spot really favor defensive backs or linebackers?

There is one leading candidate to take over that position, of course, and there have been whispers that it could once again allow Brendon White to emerge as a game-changing force after helping lift a sagging defense as a safety a year ago. But all of that speculation is about to be put to rest when the Buckeyes actually step on the field on Saturday in the Horseshoe against Florida Atlantic and officially unveil the Bullet. 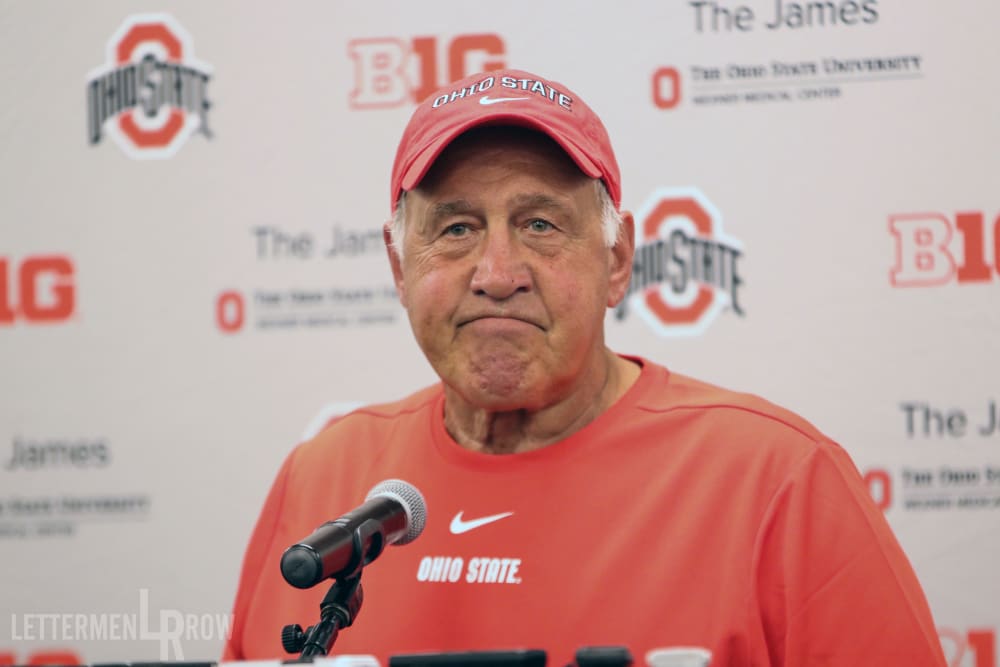 “It gives us a lot more flexibility to be able to play a lot of different positions. The young men that have done a good job of that: Brendon White has done a really good job of that, and Jahsen Wint, both of them have had very good camps so far.”

Training camp is over for the Buckeyes now, and it’s time for a test that counts.

Considering the crossover possibilities of the Bullet and the traditional strong-side linebacker, it’s also likely that Pete Werner should be included in that conversation as a guy who could fit that mold and figures to play a meaningful role for Ohio State this season. Werner comes with the linebacker experience and White has a background in the secondary, but both of proven versatile when it comes to defending tight ends out of the backfield, coming up to stop the run and making tackles in space — trademarks of the Bullet.

Just how successful will the Bullet be for the Ohio State defense? What does it mean for the overhaul of the scheme and personnel for the Buckeyes? Can Brendon White, Pete Werner and Jahsen Wint deliver the results the program needs for a bounce-back campaign? Former Ohio State safety Mike Doss was in the Lettermen Row film lab for the first time breaking down the possibilities on BuckIQ.