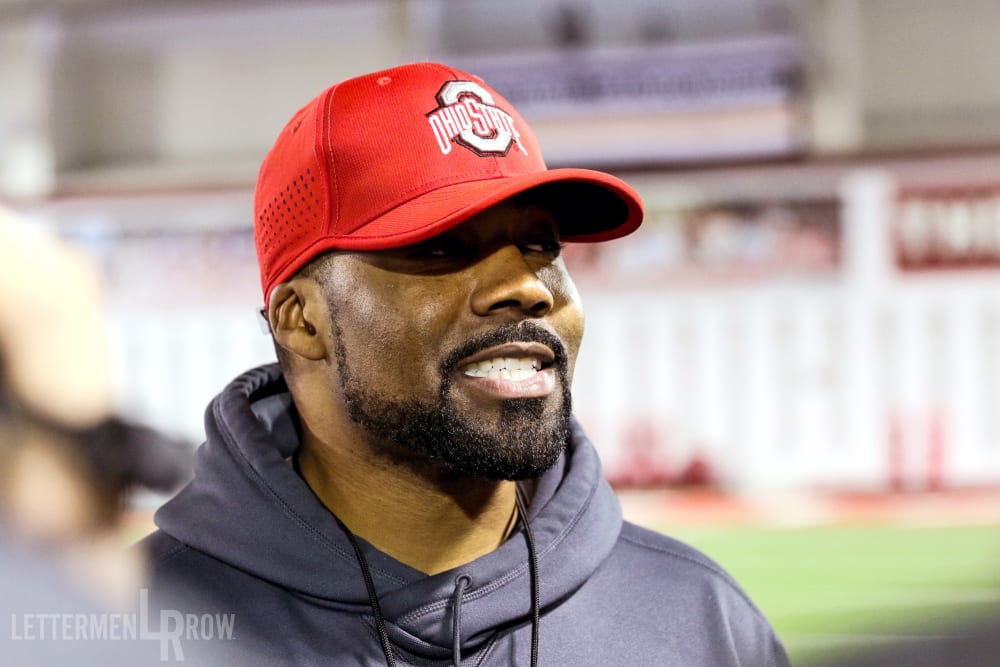 Ohio State assistant Al Washington is helping install the Bullet position as a hybrid defender for the Buckeyes. (Birm/Lettermen Row)

COLUMBUS — What started out Thursday as a discussion of the linebacker prospectus in the new-look Ohio State defense this spring rapidly turned into a symposium on what makes the new look, well, look the newest.

It’s “The Bullet” position, as linebackers coach Al Washington Jr. said. It could become the glamour position for the Buckeyes in the fall — THE bullet amongst the Silver Bullets.

To gain an idea of what it means, think Brendon White and what he brought to the fore when, because of injuries to Isaiah Pryor and Jahsen Wint midway through last season, White was thrust into the lineup at the other safety opposite Jordan Fuller on what up to then had been a unit in a malaise.

But when new Ohio State head coach Ryan Day sought to renovate the defense, he turned to Greg Mattison, a former defensive coordinator of great repute who likely was under-utilized as just a defensive line coach at Michigan the past several years. He also reached up to Michigan to bring in Washington, son of the former Ohio State standout, hired 7-year NFL secondary coach Jeff Hafley as co-coordinator/secondary coach; and brought over Matt Barnes from Maryland as the assistant secondary coach/special teams coordinator.

Notice the only name on a door that didn’t change in the defensive wing was that of line coach Larry Johnson. And it is Johnson’s highly respected effectiveness at coaching a four-man front lo these many years that was the impetus for sticking to that front headed forward.

But things are changing from there on back in the fresh scheme brought in by Mattison, augmented by Hafley’s experience in the matchup-heavy world of the NFL. There likely will be no bigger example than the implementation of The Bullet. White has first shot this spring at what amounts to a spot where he could be a safety one play, an edge rusher the next, a slot cover man the next, a linebacker-level man the next.

“Just a playmaker, put him in position to make plays; see what they can do well, kind of grow their skill set,” Washington explained about the position Thursday. “Me and coach Matty … and coach Hafley [are] trying to figure out what a guy does well and try to put him in a position to do it.”

The focus overall is not to make things more complex for a defensive group that last year often was caught thinking too much in a season unprecedented at Ohio State in terms of gash plays endured. “Simplify then let it fly” seems to be the motto this spring.

But to stir the mix and keep things still somewhat of a quandary for the opposing offense, The Bullet has been loaded into the lineup. White and Wint are the initial depth chart at the spot, Washington indicated Thursday, but others might emerge as the spring then preseason camp ensue.

“The origination of that position was, you take a safety who maybe is not as fast and you plug him into that position,” Washington said. 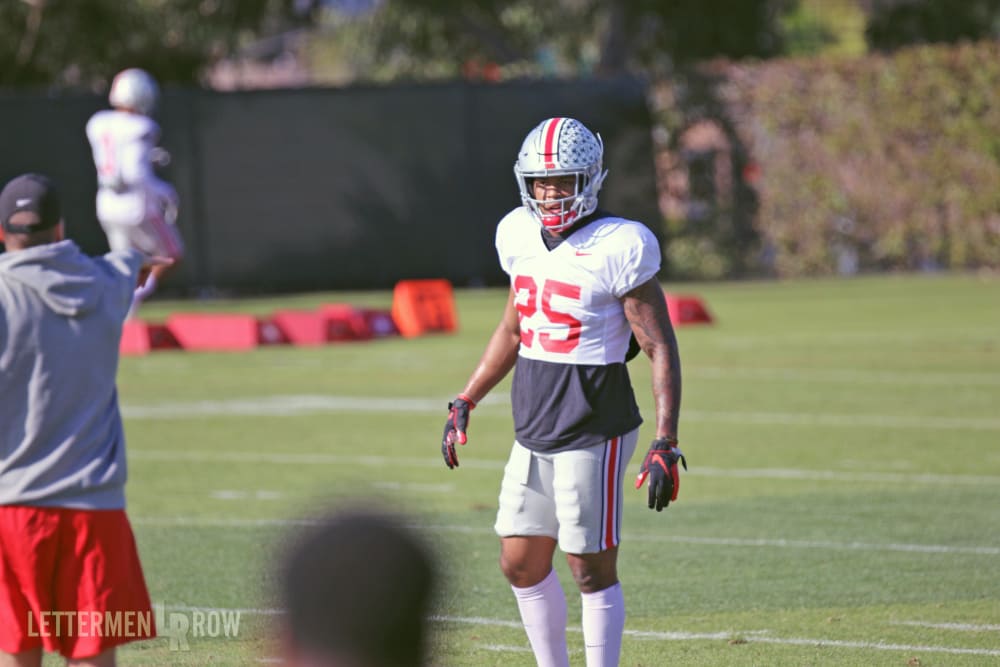 But now they’re seeking players for The Bullet who can also rush the passer.

Recruiting to that position won’t be as difficult as one might think because, “it’s funny, high schools, they set the trend,” Washington said of often putting their most talented player in positions to create havoc rather than just sit in a classic 4-3, 3-4 look.

“You can recruit to that guy.”

At the moment, the 6-foot-2, 220-pound White seems best suited for a defense whose base look this season could be a four-man front with two linebackers, two cornerbacks, and perhaps two safeties plus White roaming as an instigator. It depends on how the players take to it, Washington said.

“It’s going to grow … as we go through the spring,” Washington said. “We’ve got to see so much more, and from everybody, so you can make the best determination.”