COLUMBUS — Ohio State had a choice, and it probably wasn’t all that difficult.

The Buckeyes showcased their dominating potential, scoring a pair of touchdowns and eventually bottling up an athletic TCU offense when it mattered most. They also again were victimized by multiple explosive touchdown plays, including the longest allowed in school history.

So, what’s it going to be? Focus on the positives and feel good or pick apart those breakdowns and use that as fuel for improvement?

“We just have to get those right. I think we responded well. We had a little mental errors here and there, but I think we all came together there at the end.” 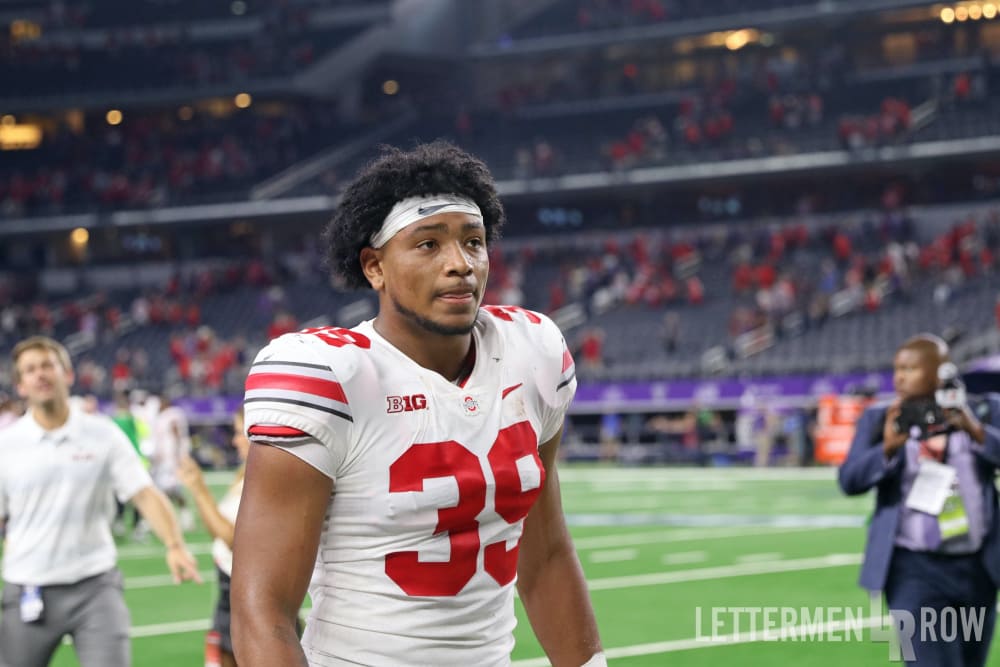 Malik Harrison was part of the highs and lows for the Ohio State defense. (Birm/Lettermen Row)

Malik Harrison specifically brought that huge win to a close on Saturday down in Texas, snagging an interception that sealed the outcome and gave the defense one more possible play to enjoy watching on film.

But for a team chasing a national title, it’s the errors that will really have Ohio State’s attention this week as it prepares for its last real tuneup with a nonconference matchup against Tulane. A road trip to Penn State is looming, and those mistakes can be costly when the stakes are as high as they’ll be in what is already looking like the Big Ten East Division title game.

Former Ohio State linebacker Zach Boren was back in the film lab for a BuckIQ that broke down both the highs and lows from the trip down to Texas. There are certainly some lingering issues that have carried over from the opener, and obviously the Buckeyes also put some special stuff on film that offers a clear reminder of the enormous upside for the Silver Bullets.

Ohio State: ‘More guys have to step up’ without Nick Bosa
After hot start without him, Urban Meyer embraces ‘game manager’ role