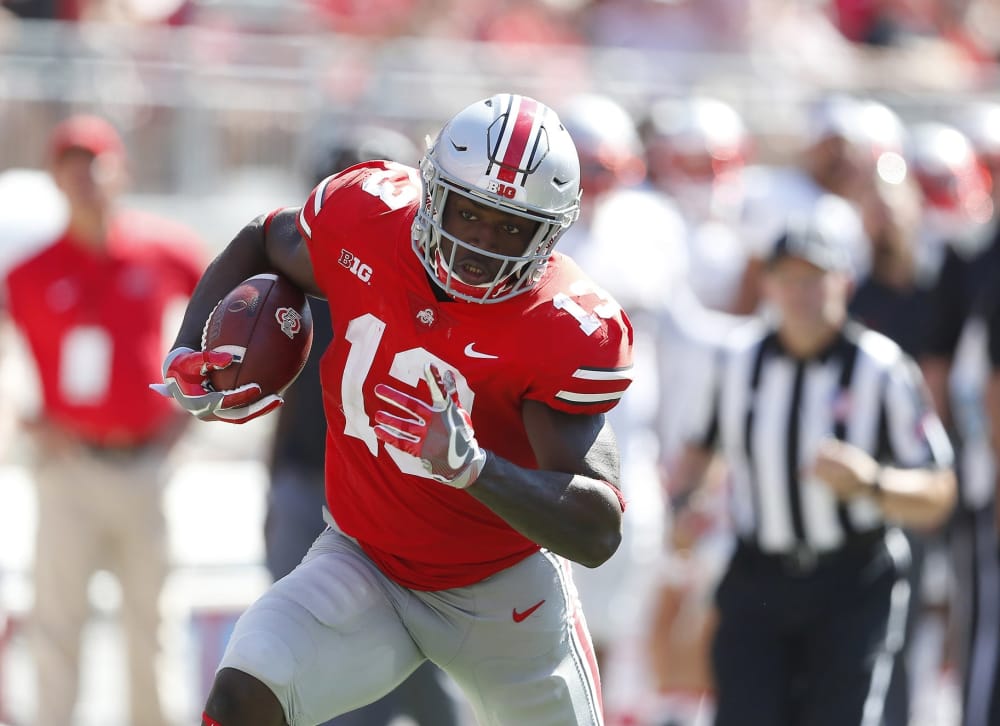 Rashod Berry has shown he can be a playmaker at tight end for Ohio State. (Joseph Maiorana/USA TODAY Sports)

There are plenty of veterans, a handful of returning starters and now some clarity at quarterback for Ohio State.

But there is also still some opportunity available for some new faces to step into the lineup and make a significant impact for the Buckeyes this season as they try to defend their Big Ten title. And in a few cases, those potentially key contributors seem to even be getting a bit overlooked despite solid spring practices.

Who are the guys to know as the program grinds through the summer months to prepare for training camp? Here are five picks from Lettermen Row of Buckeyes to keep an eye on moving forward.

The position shuffling early in his career certainly didn’t give him much of an opportunity to shine, and an injury kept him from playing in the spring game and possibly generating more buzz for his impressive blend of size and athleticism. And while there is no shortage of excitement for what Jeremy Ruckert might bring to the position, Berry remains an intriguing prospect at tight end thanks to his ability to use strength as a blocker and his underrated mobility with the football in his hands. If Ohio State is serious about expanding the use of the tight ends, Berry could be a key cog in the attack.

After somewhat unexpectedly claiming a starting job at right guard last season, Bowen certainly isn’t an unknown quantity for the Buckeyes at this point. But since breaking his leg in the middle of the year and rehabbing on the sidelines in the spring, the spotlight has largely been shining elsewhere for an offensive line that for the first time in Urban Meyer’s tenure truly appears to have enough talent to fill a two-deep roster. In some ways, that may complicate Bowen’s road back to the lineup thanks to the rise of Demetrius Knox and steady work from Malcolm Pridgeon and Wyatt Davis. But a healthy Bowen has proven he can be a force on the inside and having him back could prove invaluable. 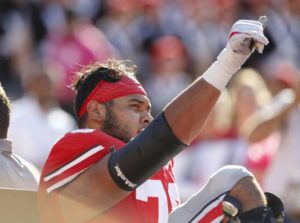 Ohio State has been waiting longer than it ever would have wanted to for Hilliard to fight off the injury bug and live up to his five-star billing, but it looks like the time has arrived for him to finally make a mark. The Buckeyes could have a fascinating battle for the starting job at middle linebacker developing with Baron Browning ready for his shot and Tuf Borland still expected to be back at some point early in the season after suffering an Achilles injury in the spring. Hilliard has had to deal with a lot of adversity throughout his career, but that might only serve as motivation to step in and play a prominent role.

A returning starter who played as many snaps as Arnette did a year ago probably should command a bit more respect, but the veteran pretty regularly seems to be overlooked in conversations about the next wave for Ohio State’s talent-laden secondary. Some of that is understandable with Kendall Sheffield generating NFL buzz, Jeffrey Okudah on the brink of stardom and a healthy Shaun Wade now in the mix. But Arnette has been tested, he’s talented and boasts experience — and he’ll be somebody Ohio State can rely on in the defensive backfield as part of the rotation.

The Buckeyes obviously aren’t short on options with everybody in Zone 6 returning, but it just feels like Saunders is a unique weapon that really needs to be used. Ohio State clearly realizes that it has something in the walk-on from nearby Dublin or it wouldn’t have awarded him a scholarship this offseason. He’s got quickness, reliable hands and runs precise routes, which could make him dangerous lined up in the slot and give Ohio State the kind of target there it really hasn’t had under Meyer. Guys like Parris Campbell, Austin Mack or Binjimen Victor are going to get more attention, deservedly so. But Saunders has the potential to be a legitimate factor for the Buckeyes.

Analysis of Ohio State utilizing tight ends in its offense with Jake Stoneburner and Austin Ward
Are there any traps hiding on Ohio State’s schedule this season?